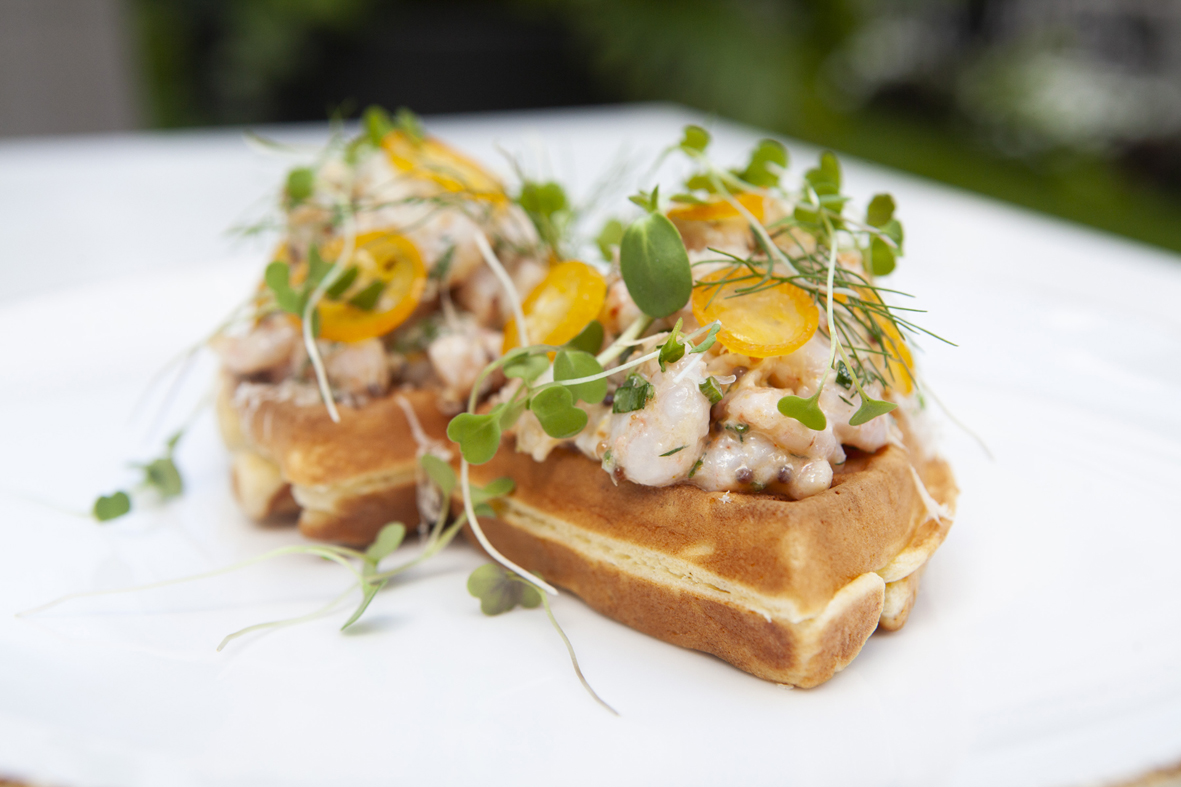 Nestled within the walls of Montréal’s Le Mount Stephen luxury hotel, Bar George celebrates the site’s rich history with delicious, U.K. inspired food. Head Chef Kevin Ramasawmy’s passion and unconventional career path have been fuelled by his exceptional talent and engaging personality. The chef opens up about his journey from the island of Mauritius to downtown Montréal. 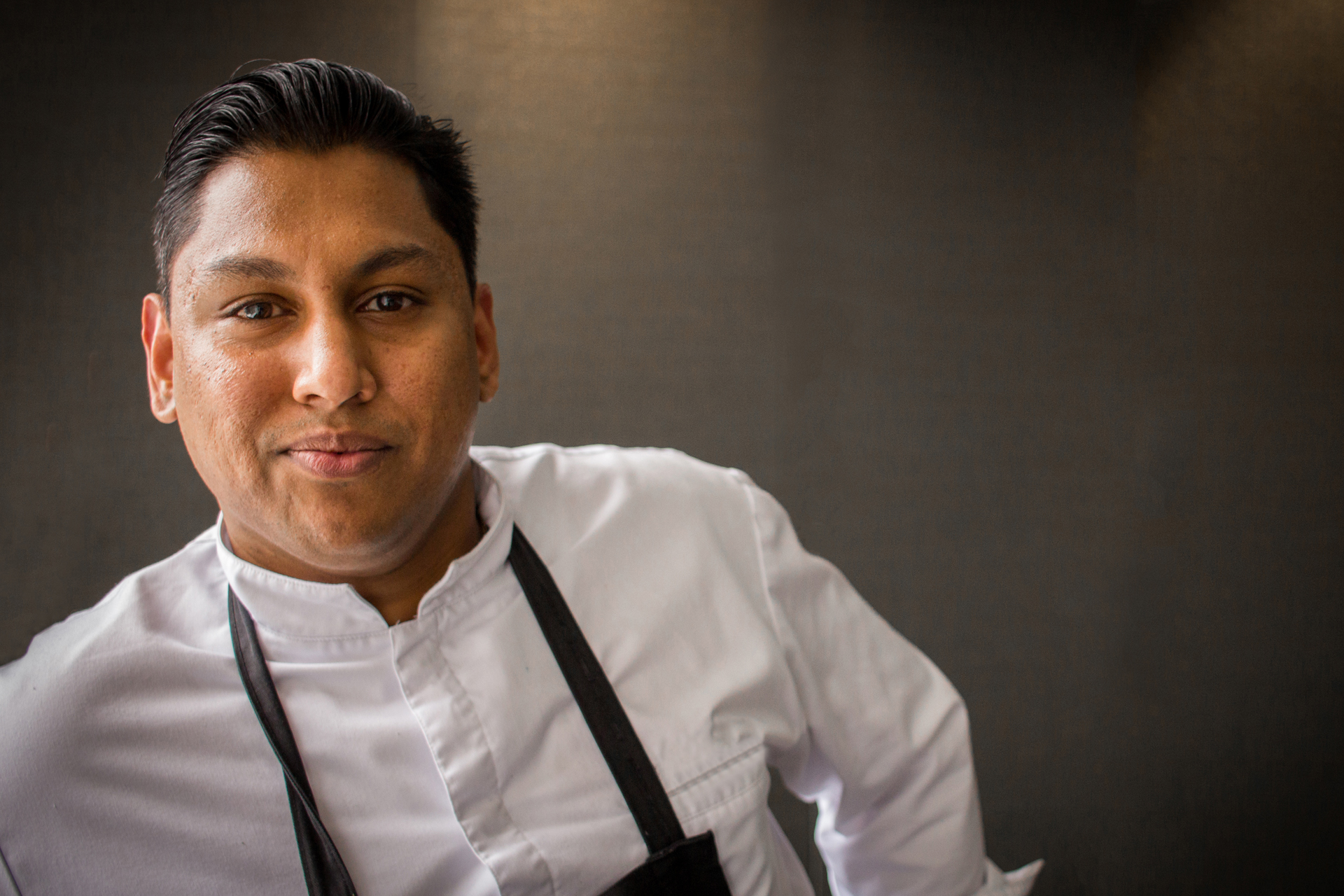 Your father worked in a hotel-restaurant in Mauritius, where you’re originally from. How did this influence your career choice?

I often went to work with my father. I loved to watch the chefs in the kitchen. I was impressed by their hats and their team spirit. I wanted to do this work from a young age, but at 12 I trained to become a mechanic. I quickly realized that it wasn’t for me! Two years later, I started working on the floor in a beachside bar. The owner opened a nightclub and at 17, I became the youngest manager of that type of establishment on the island.

After meeting my wife, Caroline, and settling in Montréal in 2004, I slowly worked my way up in different restaurants until I landed a Garde Manger position with Chef Jeff Stirrup. Afterwards, I moved to Toronto in 2011, where I made a life-changing connection: I met Chef Anthony Walsh, at Canoe, one of the best restaurants in Canada at the time. We quickly became friends and I consider him to be a true mentor. Life eventually led us down separate paths, but one day, when I was working in Montréal at Maison Boulud, we ran into each other. He had opened a restaurant in Toronto, and I went to help him. Since 2017, we’ve been together at Bar George. 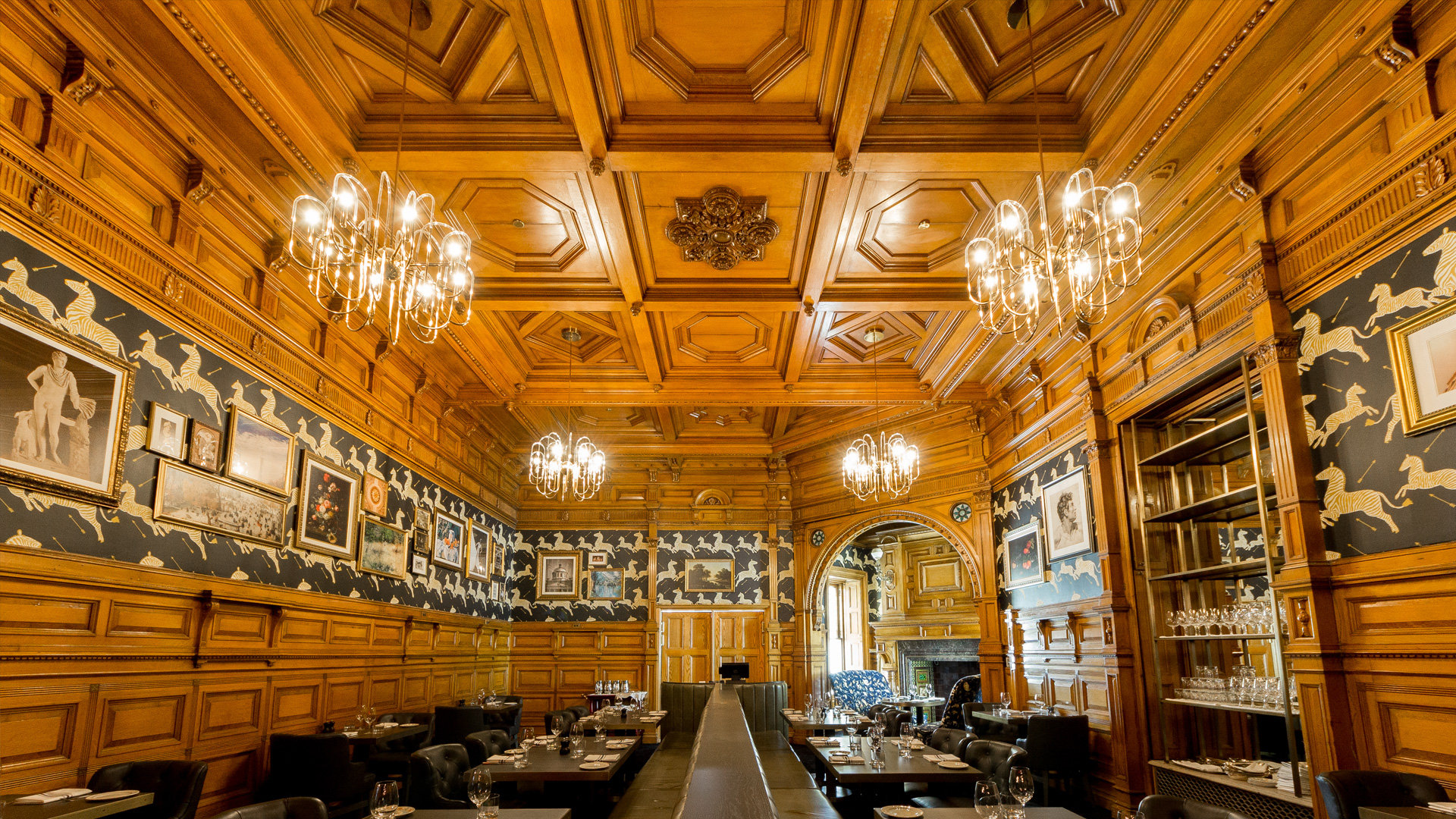 You’ve also worked with Chef Daniel Boulud. What role has he played in your career?

Daniel Boulud has had a huge influence on my career. I worked at his New York restaurant, Daniel, and at Maison Boulud, here in Montréal, for several years. He taught me to make ambitious haute cuisine, and he shared his unique skill set with me. I remember, when I first went to New York, how impressed I was with his passion and expertise. Seeing him at work is what really made me want to become a chef. On top of that, he believed in me.

How would you describe the food at Bar George?

We wanted to pay tribute to Baron George Stephen, who lived in this heritage home. Chef Walsh and I went on a five-day tour of England to get inspired by British cuisine. I can tell you that in those five days we ate enough to last a month! We came back bursting with ideas. These ideas, combined with my approach to vegetables and my interest in local producers, resulted in our current menu. I would say that the food at Bar George is U.K. inspired, and that it’s fresh and inviting. There’s something for everyone. You can opt for something light or to treat yourself to beef Wellington.

What are the restaurant’s signature dishes?

Everyone comes for our beef Wellington—I couldn’t take it off the menu. Our black cod is also a favourite. That dish was inspired by my wife and my mother. It has curry flavours reminiscent of my mother’s cooking and of Mauritius, but it also has a delicious clam sauce that I named “sauce à la Caroline” after my wife! All of our dishes are loaded with vegetables. As for desserts, the whisky pudding is really popular. The baked Alaska is a showstopper; it’s a dessert for two with cognac that we flambé at the table.

Why did you want to become a chef? What does it mean to you?

I think I was born with a passion for cooking. I like that every day I’m rewarded with the satisfaction and pleasure of seeing happy clients. But more than anything, I love the family feeling of the kitchen crew. There are about 30 people working in the Bar George kitchen. We’re an incredible team! 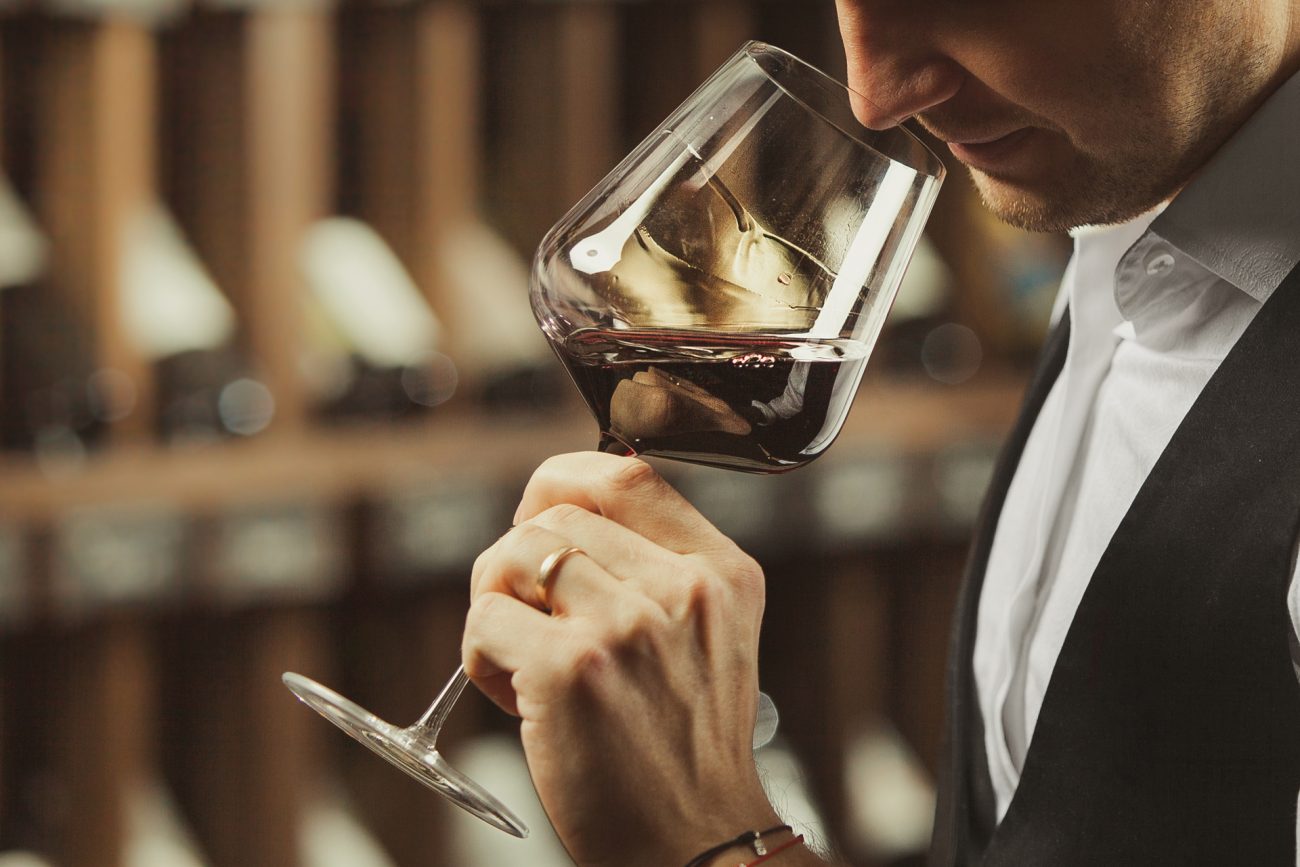 In celebration of red wine 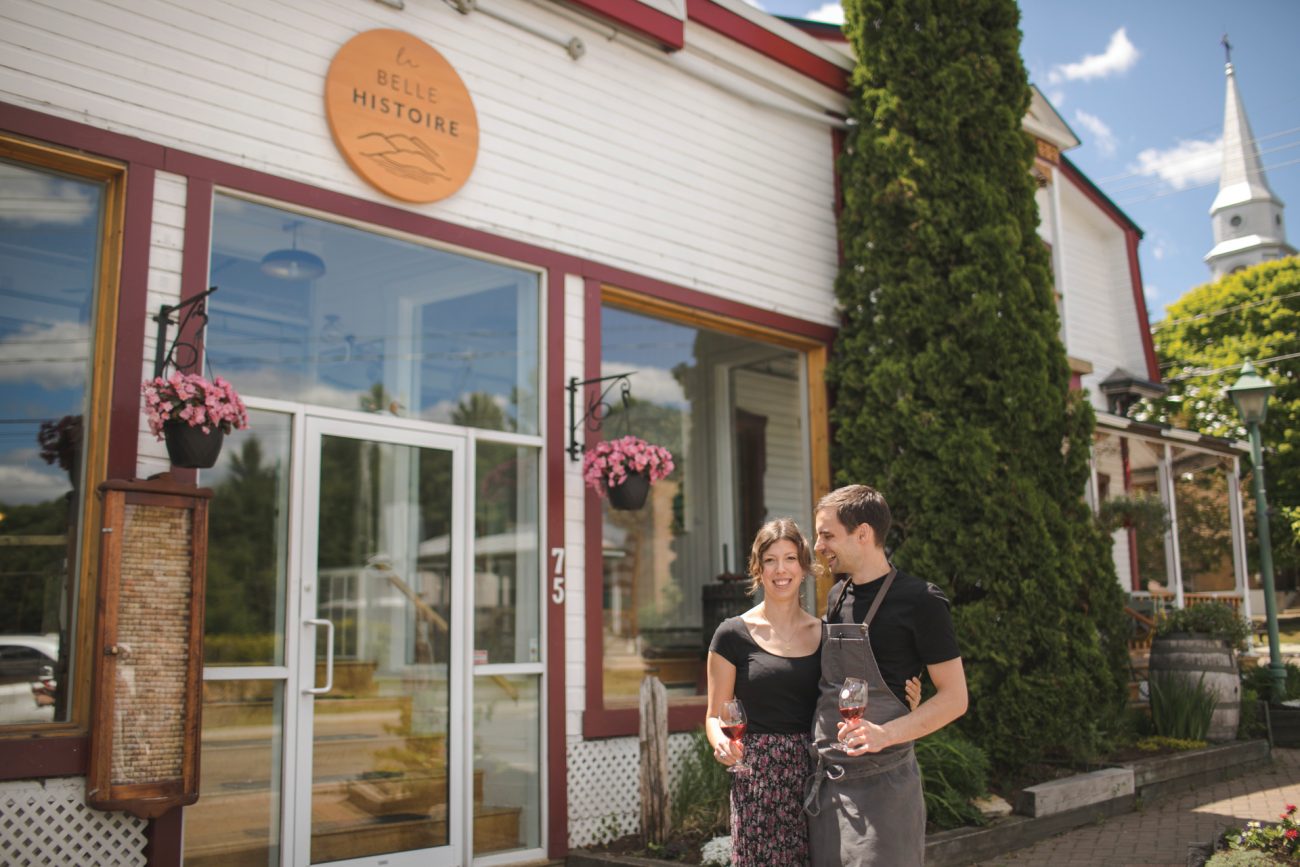 La Belle Histoire: A beautiful story to dine by