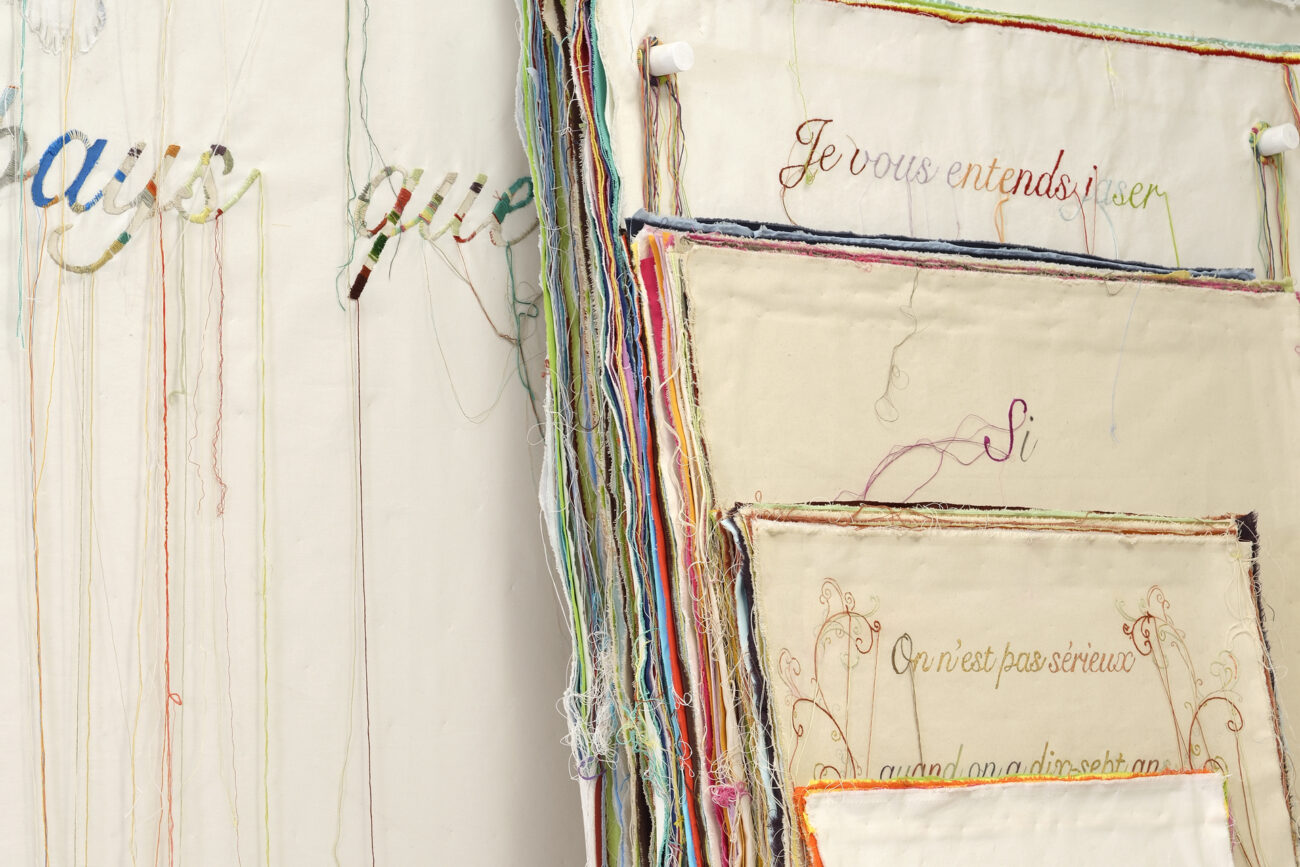 Originally from the Magdalen Islands, Louis Boudreault studied at the École du Louvre in Paris. In the early 1990s, his series Les envois explored how colour made its way to the Renaissance. Later, in 2003, Destinées arrived, a collection of portraits of famous people when they were children. Today, Fragments d’écriture, inspired by quotes from famous writers, poets and singers, explores memory and being human through massive canvases so beautiful viewers can only marvel at them. We sat down with this man who loves literature, poetry and words. 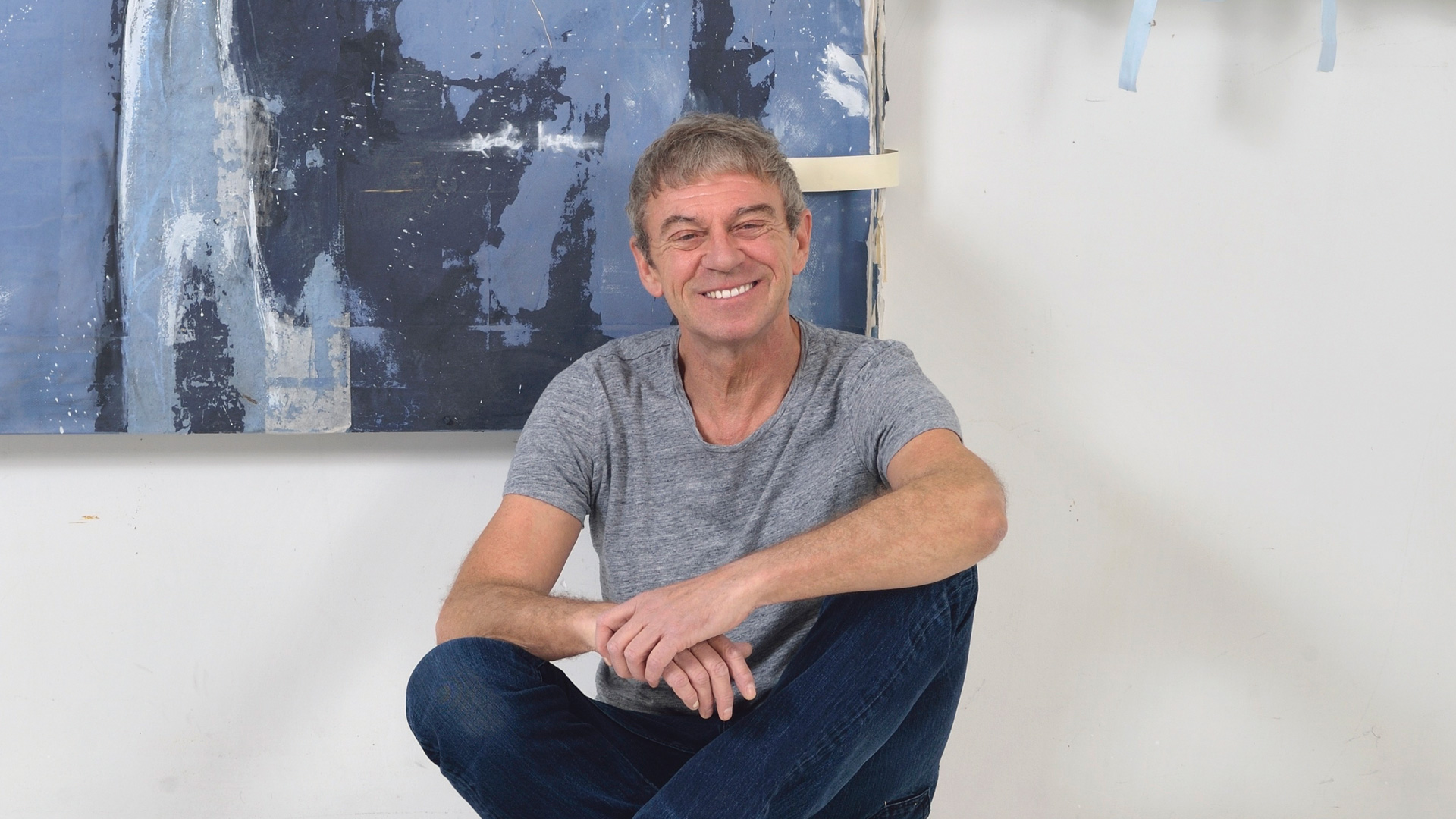 Last February, your exhibition, Fragments d’écriture, at the Québecor Gallery, caused a big stir. What was your process?

Fragments d’écriture follows the 350-canvas series, Destinées, that kept me busy for 13 years. In it, I painted famous people who shaped the century (such as Gandhi, Simone de Beauvoir and Albert Camus) as children. With Fragments d’écriture, I want to honour sentences that have travelled through history, embellishing it along the way. The guiding thread of both is therefore obvious. My previous, 10-year series, Les envois, told the story of colour and its travels in the 16th century, from East to West.

Tell us about the techniques you used in Fragments d’écriture.

Each letter on the canvas is first drawn in lead, sepia or coloured pencil as I would do with a portrait. Then, many of these letters are embroidered. The choice of coloured thread is, at this step, essential. It is what gives the canvas its true personality. Some canvases took more than 150 hours of embroidery. Luckily, I have assistants to help me. For example, Je n’ai jamais voyagé vers d’autres pays que toi mon pays (I never travelled to countries other than you, my country) from Gaston Miron is 19 feet tall and took three months to complete.

Why are you interested in words? What is their significance in your life?

I am a big reader and I love literature. When I go back to the Magdalen Islands in the summer, I bring boxes of books with me and I spend three months reading. Just like portraits, some phrases from major writers—often just three words—define them perfectly. I sometimes accompany the writing fragments with a childhood portrait of the author. Kerouac is one such example, “Tout est en désordre. Les cheveux, les mots, la vie, le lit, le cœur.” (It’s all messy. The hair. The bed. The words. The heart.) The connection between words and portraits can be so strong.

Why do you choose to work on series rather than on a new theme each year?

Finding an idea that moves you and that works intellectually and esthetically with what you want to say is very difficult. Fragments d’écriture required a whole year of research. Most painters paint only one painting in their life. What I mean by that is there are hundreds of works that are just a variation on a single work. Think about Matisse or Cézanne. All of my different series could be even longer. I worked on Destinées for 13 years and yet I only skimmed the surface. I largely represented the French-speaking world, so I painted the portrait of just three Chinese people and a single Russian. For Fragments d’écriture, there is still so much to say. It would be a terrible mess and a waste to rush such a large subject in a few months! 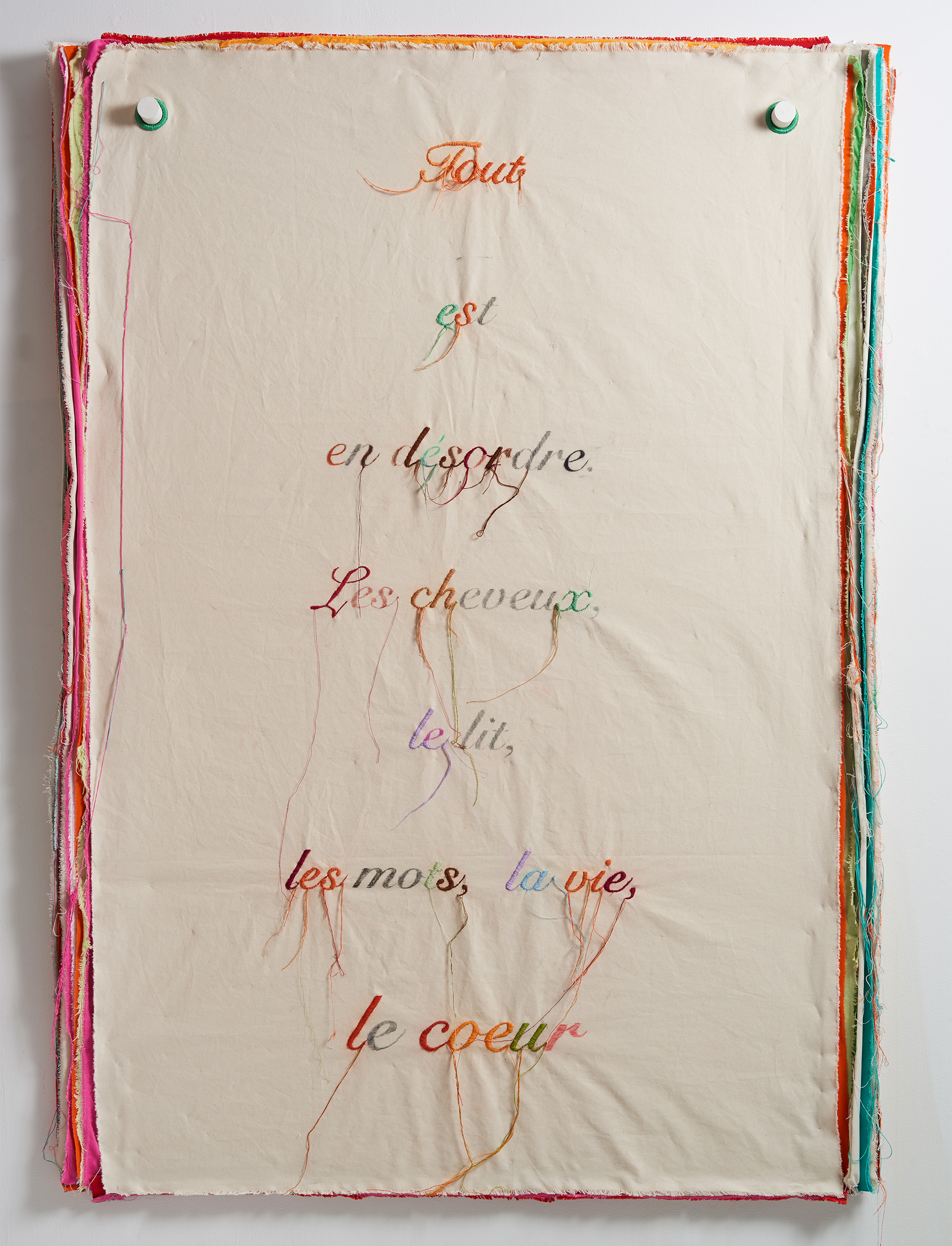 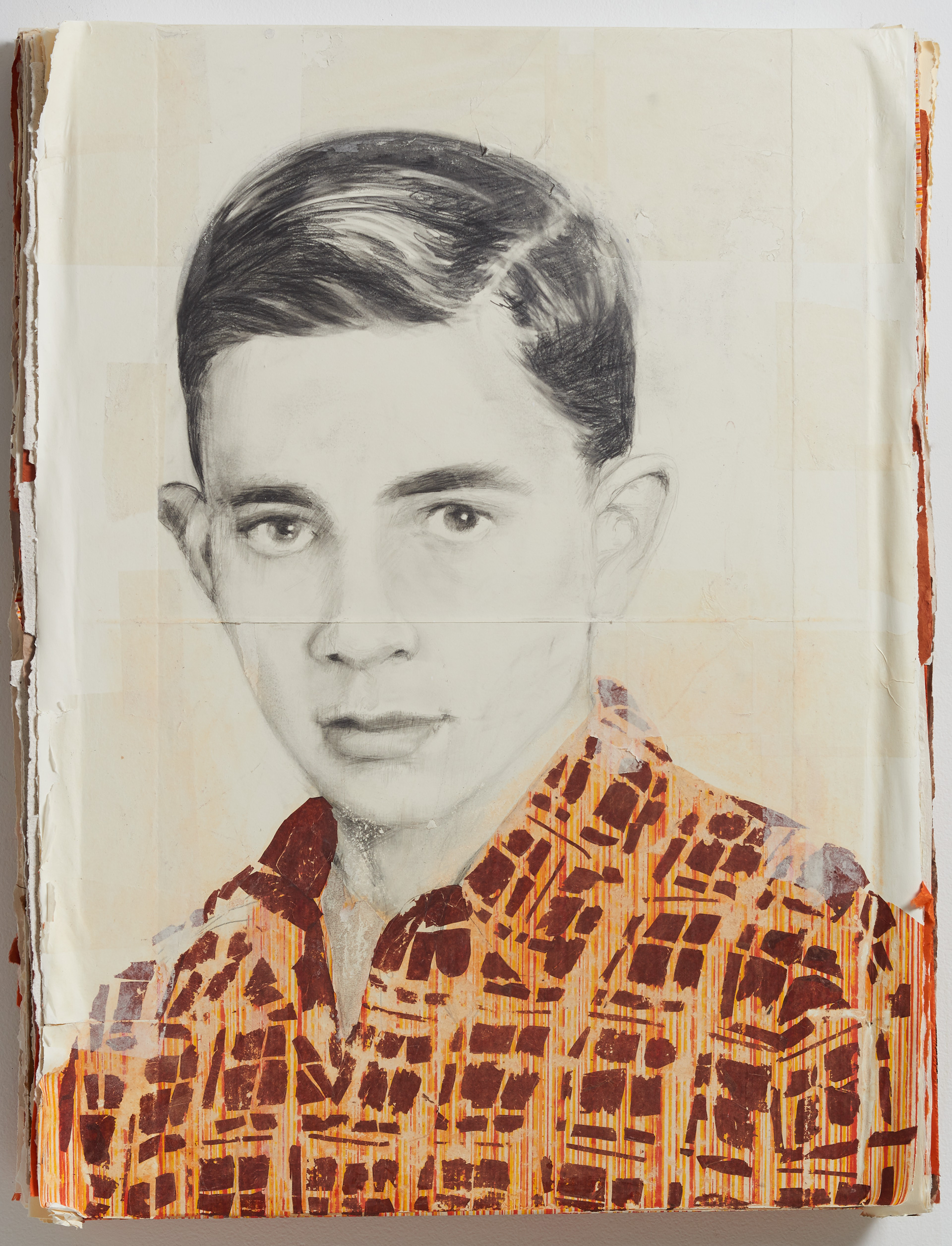 So the Fragments d’écriture series will continue?

Yes. This winter in Paris, I will show canvases focused on texts that all contain the word “Paris.” Barbara, Hemingway and Flaubert will be part of it. One day I also hope to create an exhibition entirely devoted to the texts of Prévert, Aragon and Éluard. I hope to work on Fragments d’écriture for a long time still.

This is an encouraging prospect…

Yes! When I get up in the morning, I am spoiled for choice! 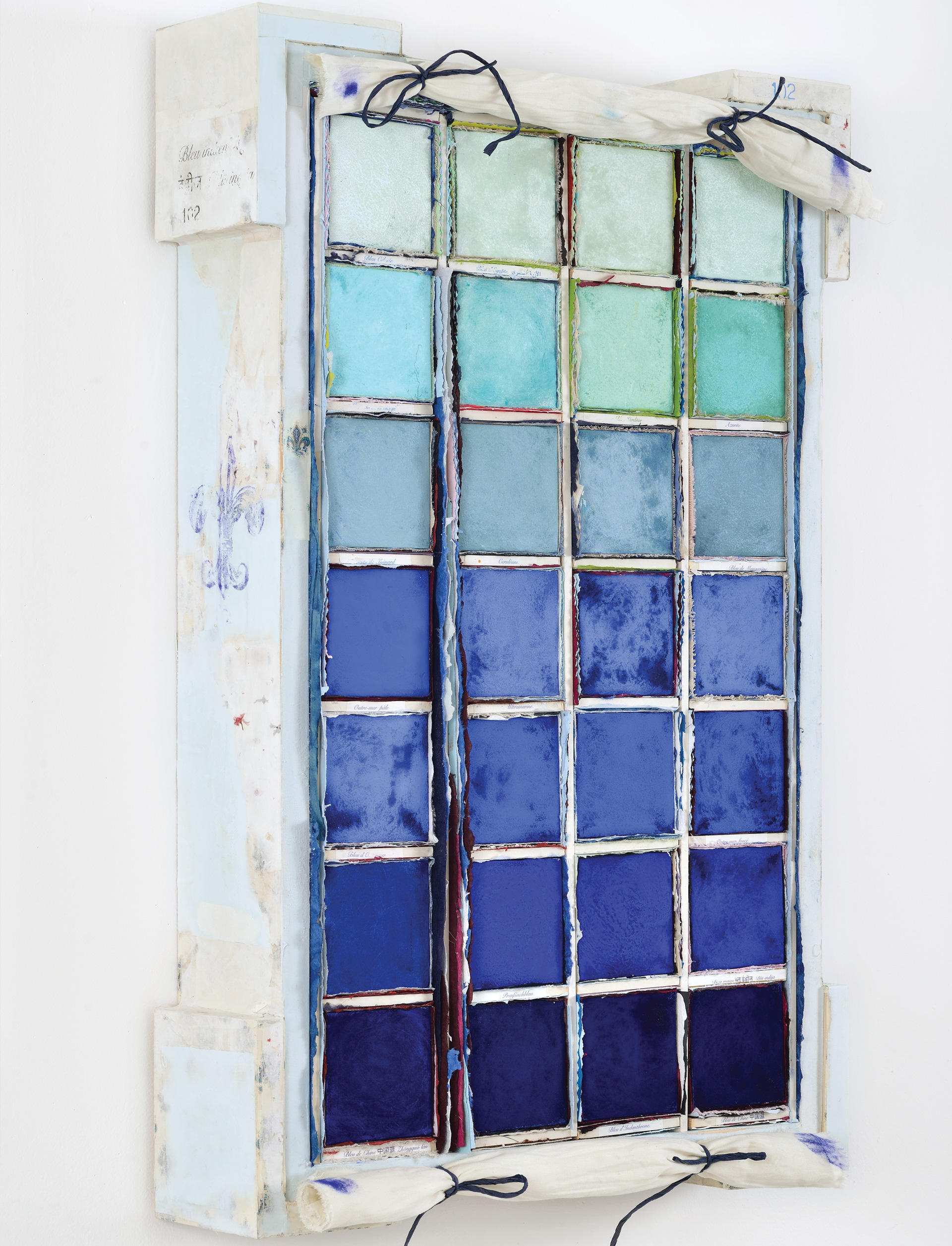 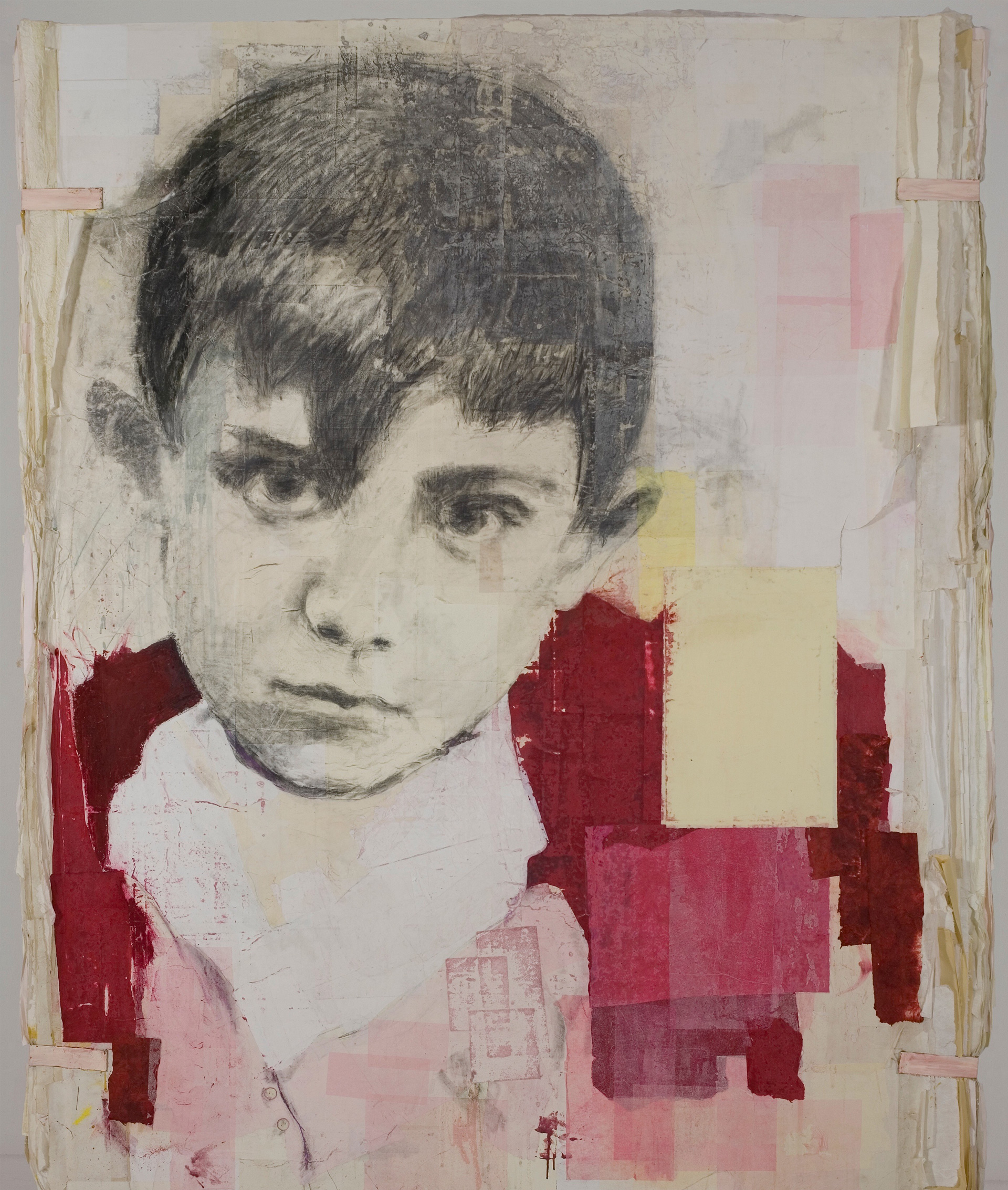 Your paintings evoke childhood, poetry, the poetry of childhood. Are these themes important to you?

It’s often writers who talk about childhood. Marguerite Duras, for example provides us with these words: “Il reste toujours quelque chose de l’enfance, toujours.” (Something always remains from childhood. Always.) Of course when I did the Destinées series, I was exploring memory and humanity. I had to start at the beginning—childhood. But my work on colour with Les envois series was not related to this theme. Sometimes it’s also people interpreting the sentences on my canvases in their own way. For example, these words of Jules Renard, “Un papillon, c’est un mot d’amour plié en deux.” (A butterfly is a love letter, folded in two.) Originally, the author wrote it for the woman he loved, not for a child. But butterflies evoke childhood.

What are your pictorial influences?

I really love drawing. I studied at the École du Louvre and Venice is my third home. The Italian Renaissance, the 15th and 16th centuries, Leonardo da Vinci, the Florentines as well as the drawings of Daumier and Seurat touch me deeply. I love the fragility of pencil.

You live on the Magdalen Islands. Is the area a source of inspiration for you?

I was born there and I still find major creative strength there. I go back three months out of the year. I wait for summer like the messiah. It is a land of renewal and it’s where I have time to read. Between series, I entertain myself by sketching the beach, the sheep and the geese, the fields and the wildflowers.

Cover: In the studio © Daniel Roussel 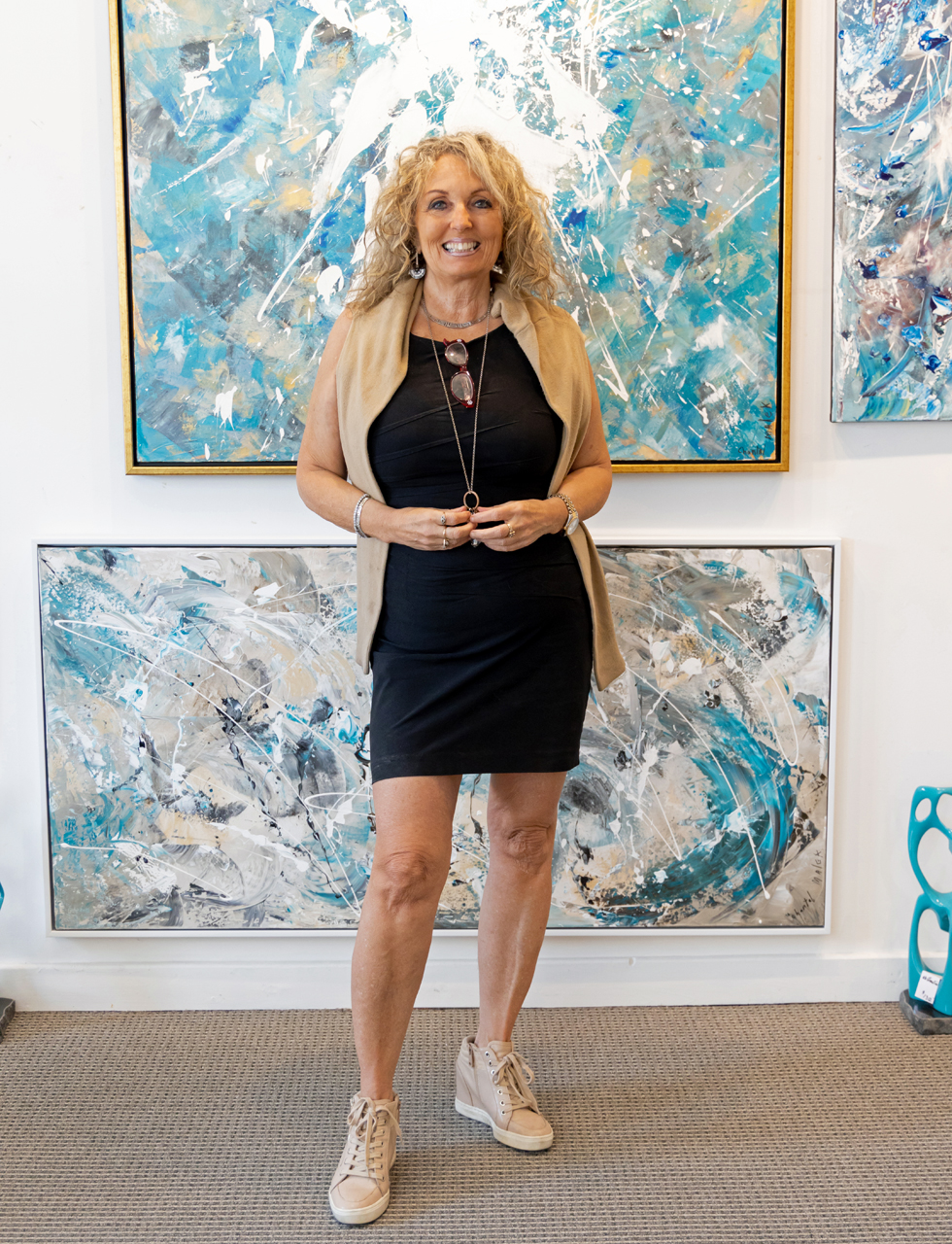 YUL: The Best of Urban Life Right in the Heart of Montréal