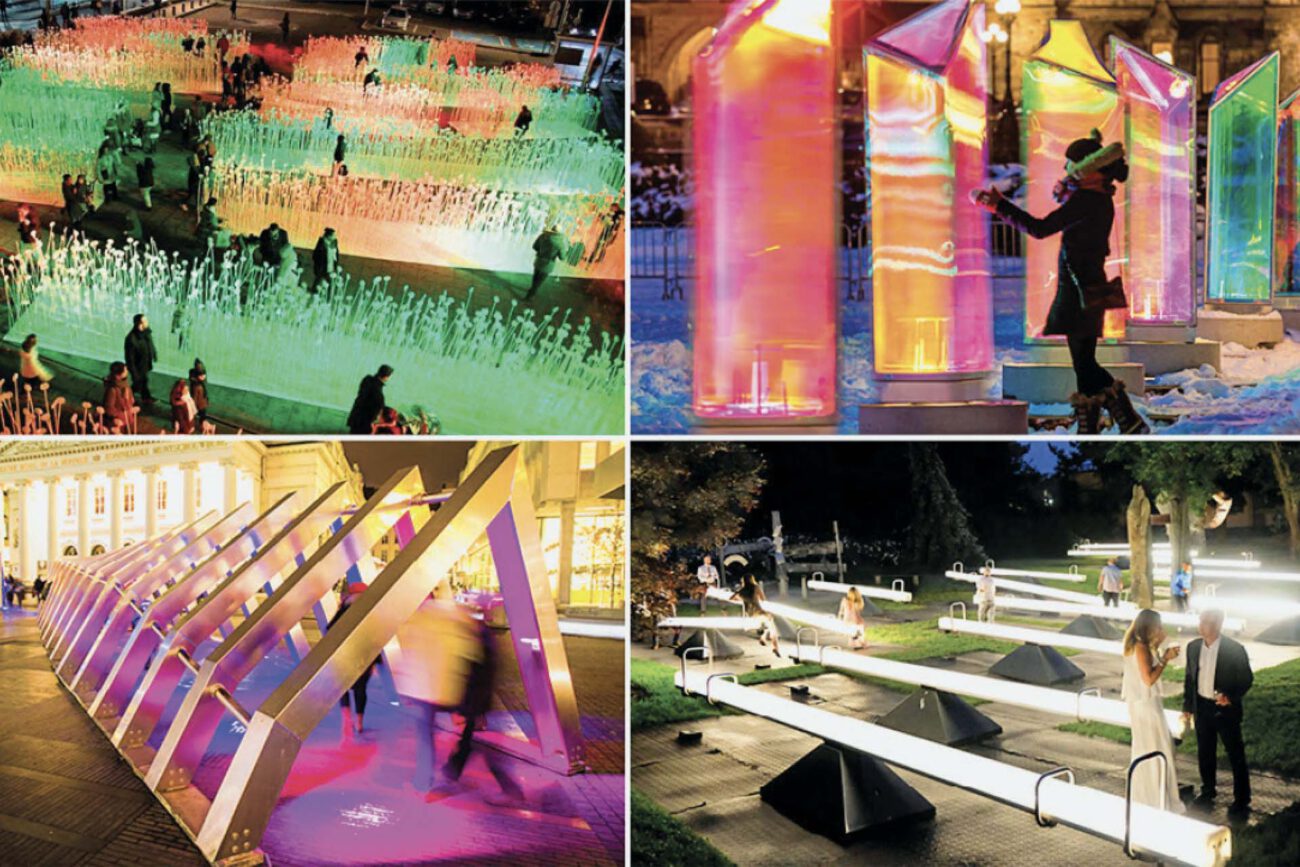 After its rst full year, the Quartier des Spectacles Partnership’s program for the export of its public art installations is a clear success: to date, six works produced and premiered in Montréal have been presented in 20 cities at 25 cultural events and festivals, and have been seen by millions of people in North America, Europe and the Middle East.

For the last year, installations produced by the Partnership, whether based on light, sound, participation or interaction, have been entertaining audiences in the world’s great capitals and cultural events. Their export helps extend the life of the works, raises their creators’ pro le and serves as an exceptional platform for showcasing Montréal, UNESCO City of Design, contributing to the city’s emergence as a global capital of digital art and creativity.

Impulse is a ne example of international appreciation, having been immensely successful in London, Chicago, Brussels and Lugano, followed by stops in ten more large European, American and Canadian cities. After its world tour, the installation comprising a series of illuminated, sound-producing seesaws, created by Lateral Office and CS Design, will return to the Place des Festivals in the Quartier des Spectacles on November 30, 2017, and will remain until January 28, 2018. 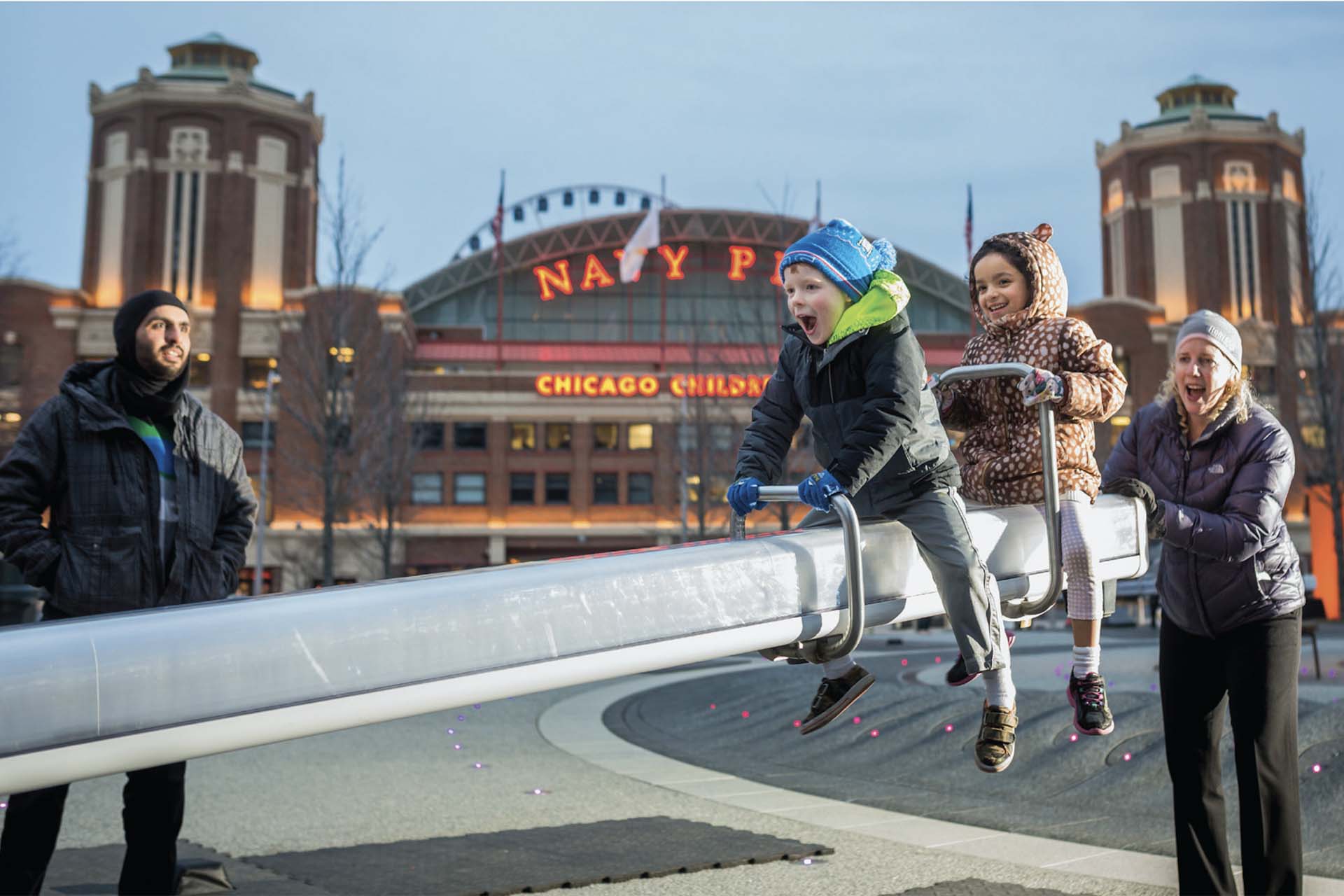 A year after the Partnership launched the new program, every work currently offered for export is now on display in another city: Loop in Lugano, Iceberg and Îlot de chaleur in Detroit, Prismatica in Scottsdale and Niagara Falls, Entre les rangs for a second time in Durham, England, and Impulse, in the cities listed below. The Partnership now plans to step up the production of works created and premiered in Montréal before being offered for export, helping meet growing demand.

Increased production of new works will also attract creators who have not yet explored the design of installations or public artworks. The goal is to stimulate the creation and exhibition of original works that give a range of audiences compelling experiences that transform their relationship with the city.

The Quartier des Spectacles Partnership’s productions are recognized for their quality and ability to spark the interest of a diverse audience, thanks especially to their participatory nature and their universal and inclusive themes. The Partnership’s works are highly appreciated by citizens because they create opportunities to meet and share; they also help build the kind of relationship cities want to build with their residents.