Sylvain Tremblay: From Montréal to Dubai 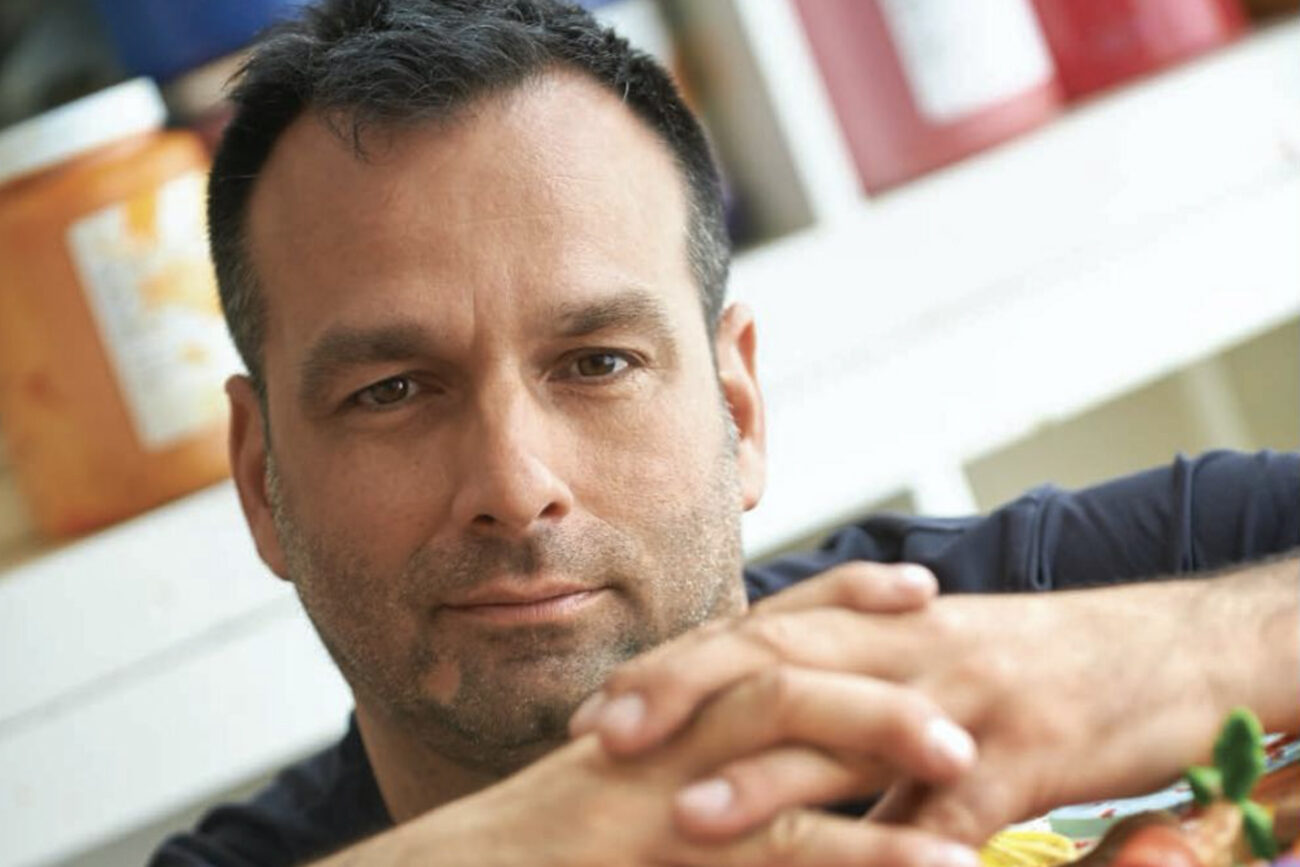 Canada, the United States, Europe, Asia,the Middle East: painter Sylvain Tremblay has exhibited his work on almost every continent. Since 2012, although based in Dubai,where he teaches the history of modern art at the Canadian University, he lives and works between Beijing and Montréal. Meet an internationally successful Québec artist.

His paintings of tapered, almost sculptural silhouettes on a bright background are immediately recognizable. “I play with relief to suggest that the person is stepping out from the environment of the painting. The mirror effect caused by the varnish makes the spectator into an integral part of the picture,” Sylvain Tremblay said.

Inspired by Antoni Tàpies, the artist includes various elements like cement,metal, sand or electricalcables.“I work with materials that represent my location. Since I spend several months of the year in Dubai, I use a lot of sand and black pigments that refer to the desert and to oil,” he explained.

The painter is also allows influenced by the culture of the countries he visits. Thus in 2010, after two years in China, he became enamoured of calligraphy and briefly abandoned painting figures for abstract art. Sylvain even took a course with a renowned master to learn this ancestral technique. It had a direct effect on his work. “Chinese who practice calligraphy repeat the same gesture a multitude of times. When the gesture becomes automatic, thought becomes part of the gesture. I used to start a figure and then add colour. Now, I start with the general movement and then add the figure.”

From Illustration to Painting

Sylvain has always had a passion for painting. When he was seven his grandmother, to whom he was very close and who had obviously seen him as a worthy inheritor of her artistic sensibility, left him her paint brushes, tubes of paint and books about painting. The little boy already dreamed of becoming a great painter, and like his grandmother he taught himself from books. He had his first exhibit at 16, in a bank. Next he studied graphic design. “I didn’t think you could make a living from painting,” he explained. For a number of years he worked as an illustrator but spent all his spare time on his passion. Then his dream caught up with him in 2002. A company contacted him and asked him to create a 3D jigsaw puzzle. Several thousand copies were sold. A few months later, Rogers Telecommunications asked him to design a character for the brand 7Up. This was also an immediate success, and at 34 Sylvain finally had the means to devote himself entirely to painting.

He was very rapidly noticed in a number of international competitions, including the sixth Contemporary Art Fair in Zurich, in 2004, where he won first prize. In 2005 he participated in the second Beijing International Art Biennale and exhibited his paintings in well-known galleries in Canada, Europe and the United States. It was the start of an international career.

Although deeply attached to Québec, Sylvain has always loved to travel. In 2010, while visiting Shanghai for the Universal Exposition where he was exhibiting a painting, he was immediately seduced by the country’s energy. “There was a renewal in art history going on, and I wanted a front-row seat.” That’s all he needed to want to move there. The adventure lasted two years. Shortly after he returned to Montréal in 2012, the Canadian University in Dubai invited him to the city for three months to produce a painting. This collaboration is still going on. “I give one theory course and one practical course two days a week. I’ve gone from 6 to 240 students and I’ve had to train 4 professors! It’s really very inspiring.”

The rest of the time, Sylvain does research in his workshop and participates in live painting projects such as the 2014 Formula 1 Grand Prix at the Art Hub in Abu Dhabi and the launch of the new Ferrari California T. Most important of all, last May he created the event by painting a giant portrait of Sheikh Zayed. It’s an oversized project as befits a country where the maddest, most oversized initiatives come true.

This summer, his Arabian adventure will be over, but the painter is already dreaming of another destination and of many other projects. To be continued. 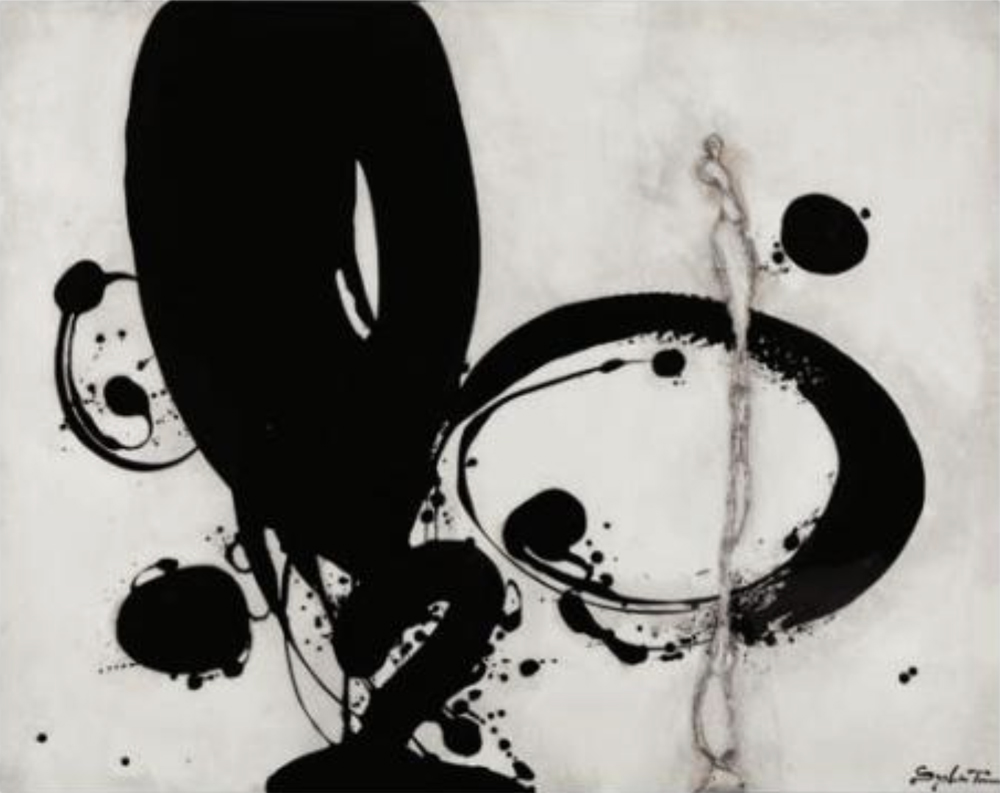 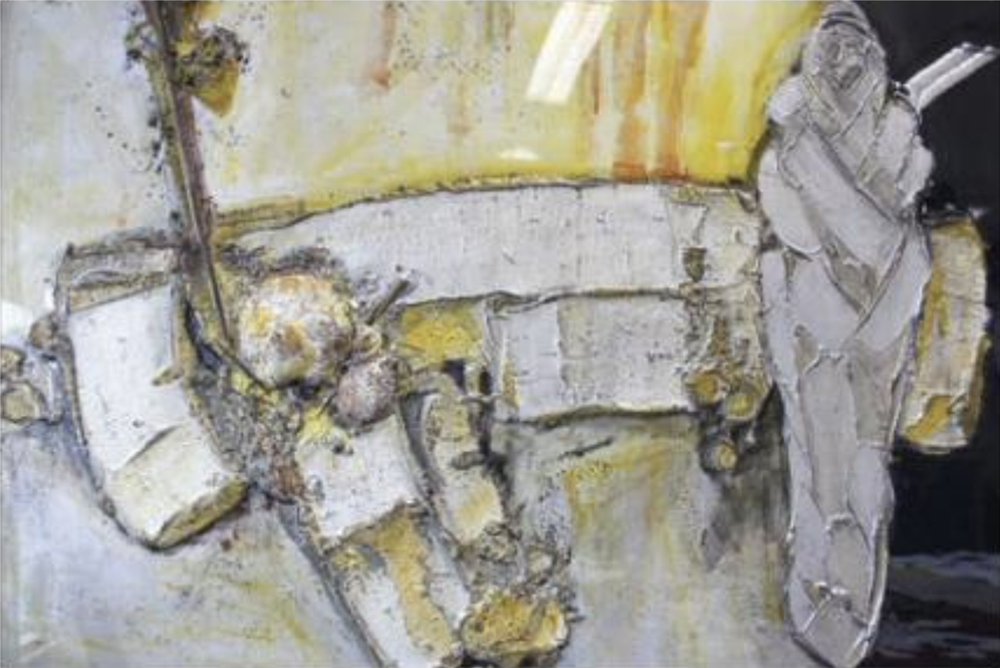