Van Cleef & Arpels: the fabulous destiny of the Lesotho Legend 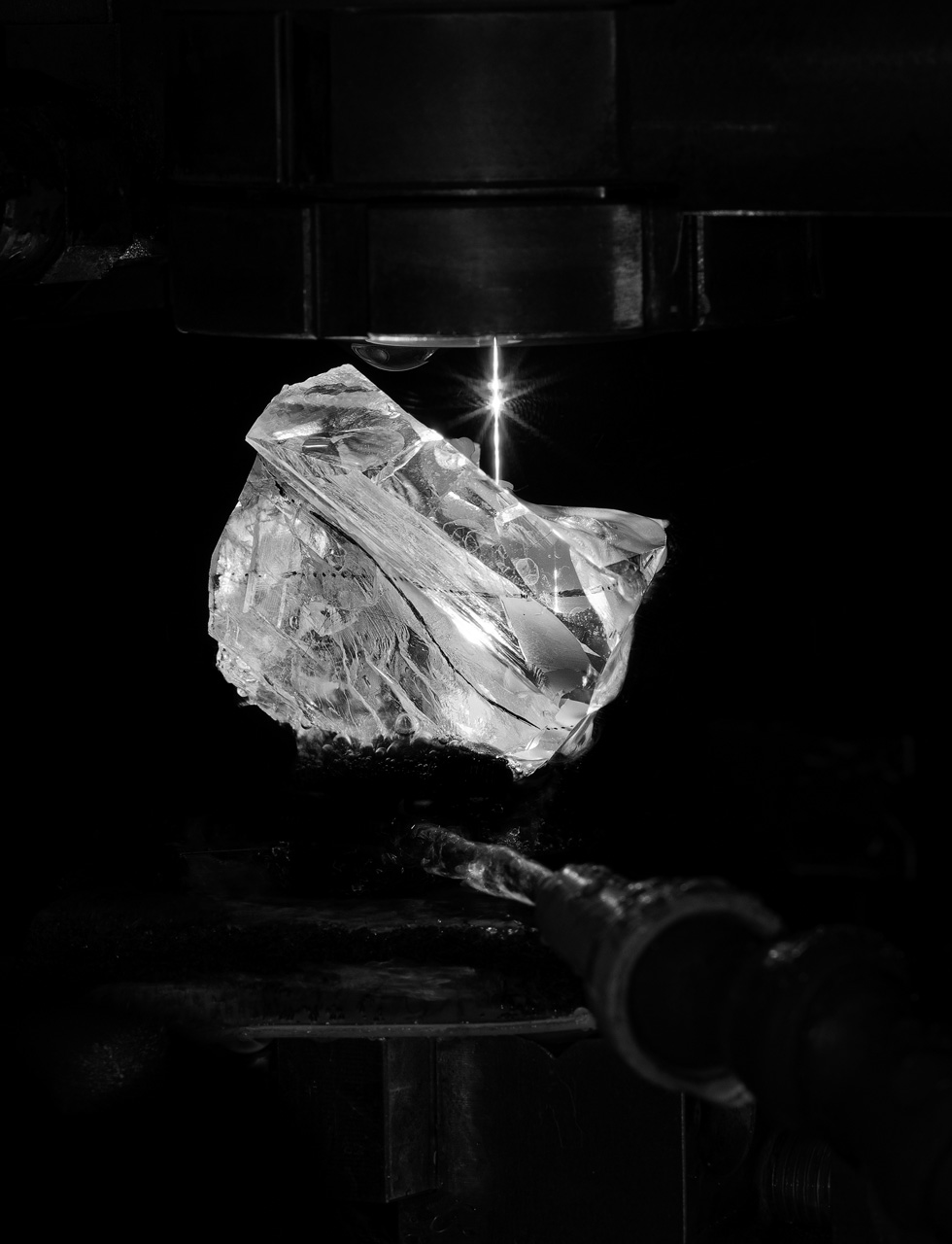 This exceptional 910-carat, Type IIa rough diamond was found in 2018 and has given rise to one of the most extraordinary high jewelry collections ever created: Legend of Diamonds by Van Cleef & Arpels.

Woven into the story of every great jeweler are the world’s most remarkable stones. The story of Van Cleef & Arpels began in 1906 and since then some of the world’s most exceptional stones have passed through its workshops. For example, the highlight of an exhibition and sale held in 1921 was a necklace set with the Prince Edward of York, a pear-shaped, brilliant-cut diamond of more than 60 carats, recovered from the Kimberley mine in South Africa in 1894. When it went on display, crowds formed outside the Van Cleef & Arpels boutique on Place Vendôme. 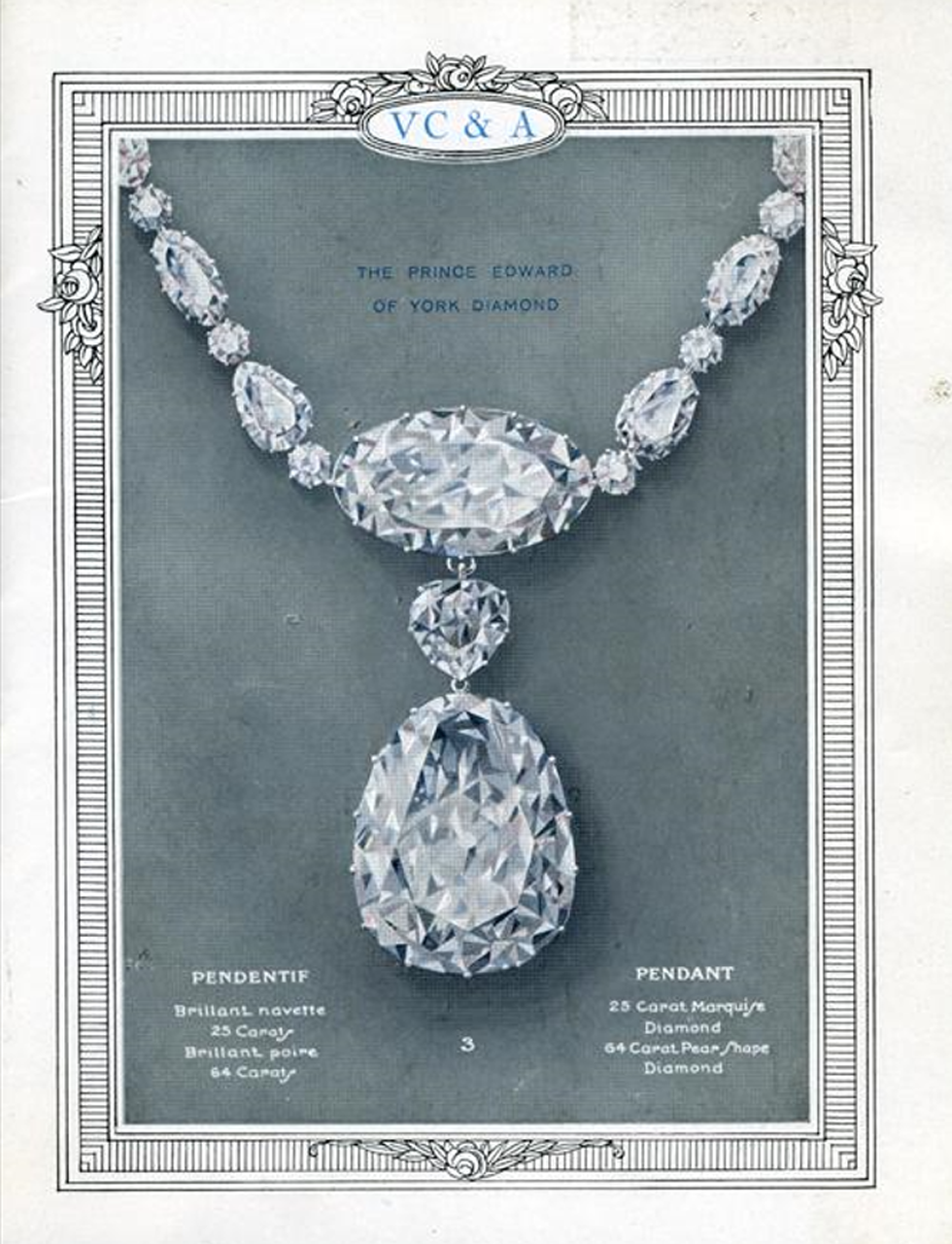 Necklace set with the Prince Edward of York, a pear-shaped, brilliant-cut diamond of more than 60 carats, recovered in 1894 from the Kimberley mine

Then there is the Blue Heart, a 31-carat, heart-shaped, blue diamond discovered in South Africa in 1908 and purchased by Van Cleef & Arpels in 1953. Or the Princie, a 34.64-carat, cushion-cut, pink diamond acquired at auction in 1960. “All my life I have been searching for a pink diamond,” Louis Arpels told journalists at the time. “The moment I heard one was for sale, I hurried to see it. This was in London but rest assured I would have travelled to India, to China, to the furthest corners of Africa or America.” 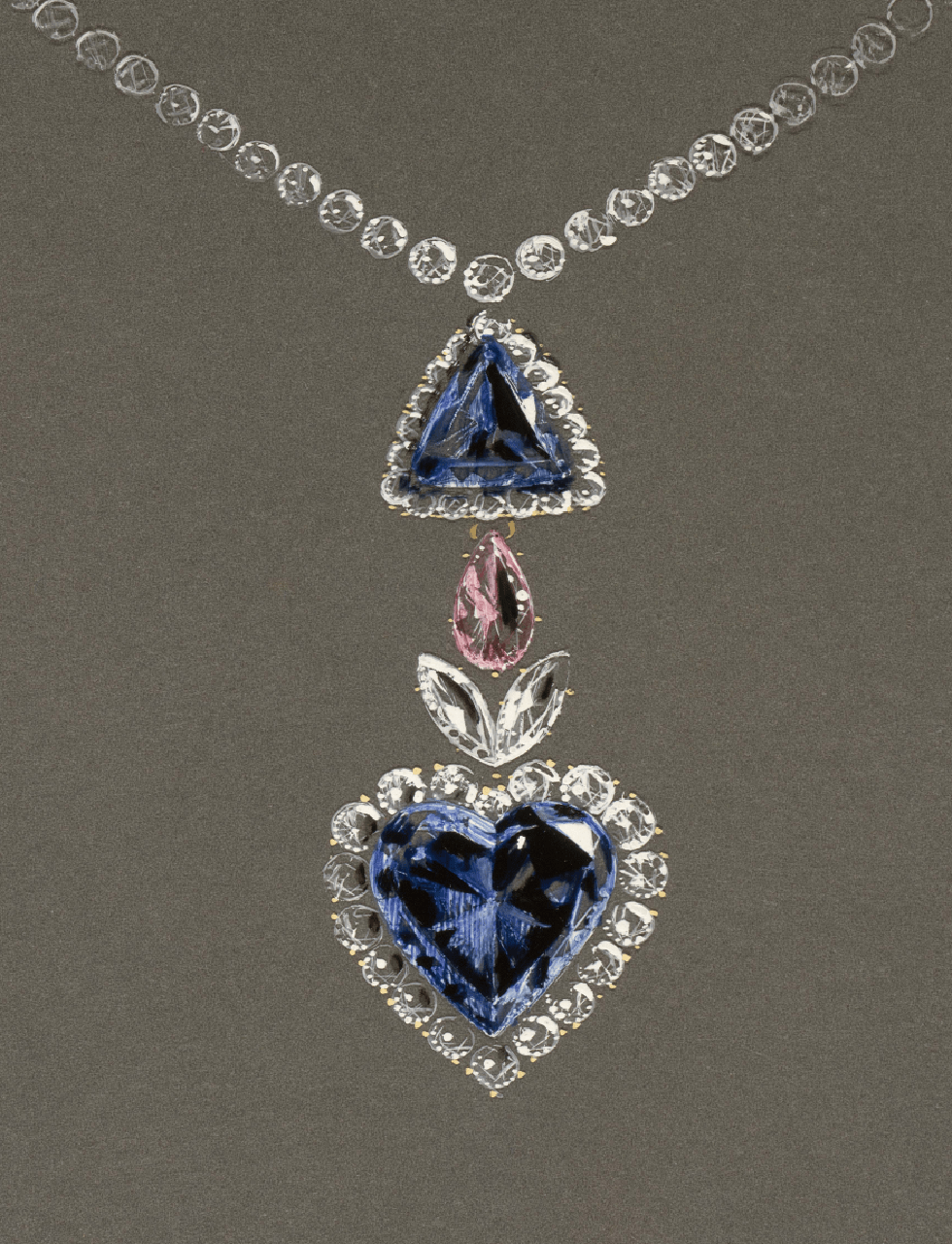 The Blue Heart, a 31-carat, heart-shaped diamond, discovered in South Africa in 1908 and purchased by Van Cleef & Arpels in 1953 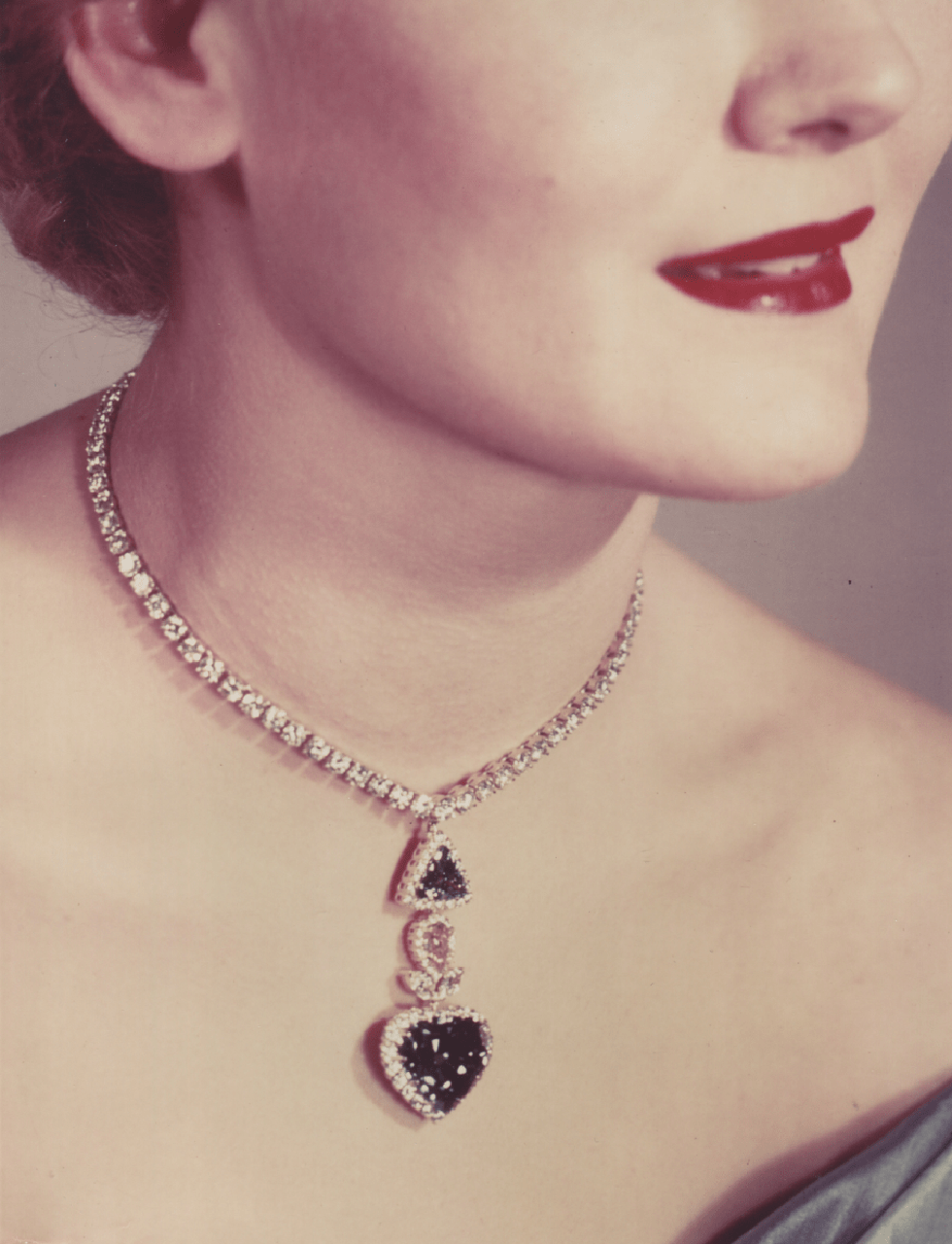 The Blue Heart diamond, circa 1953 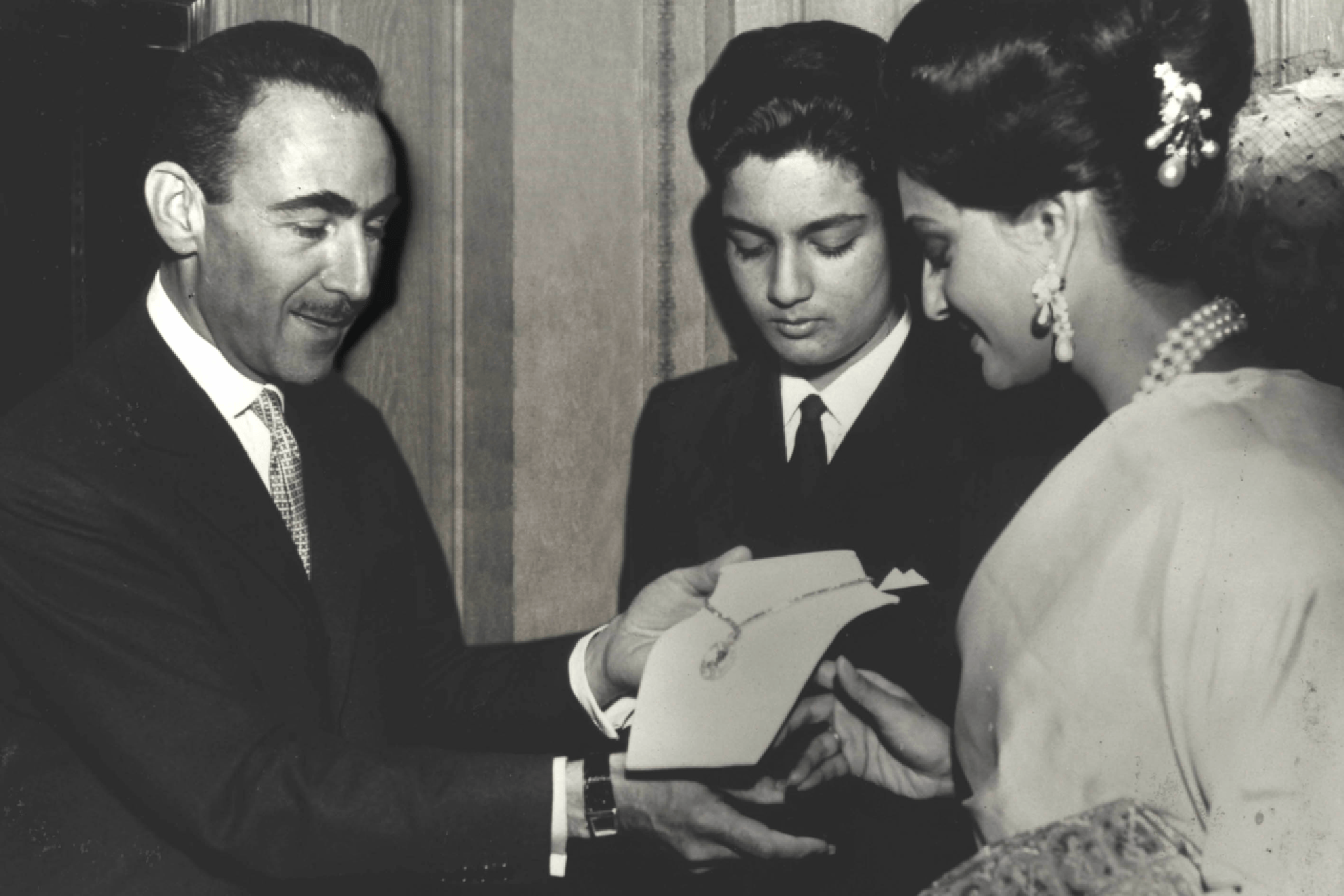 At a sale at Sotheby’s London in December 1964, Jacques Arpels acquired a historic diamond that had once belonged to France’s Crown Jewels: the 30.58-carat Mazarin. There have been others, of course. Over the years, new acquisitions have written fresh chapters in the Van Cleef & Arpels story, up to the most recent as revealed in July: Legend of Diamonds – 25 Mystery Set Jewels.

This new chapter began in 2018 with the discovery of the Lesotho Legend, a diamond weighing 910 carats. Or rather “that weighed”, as this stunning gem was then cut and facetted into multiple stones. Van Cleef & Arpels was alerted to its existence by Taché, a diamond dealer and the jeweler’s long-time partner. CNBC reports that it sold for US$40 million.

The Lesotho Legend is the fifth-largest diamond ever mined and of the highest quality. In addition to its perfect D colour, it is a Type Iia: the purest, rarest and most sought-after. Of all the diamonds mined worldwide, only 1 to 2 per cent are Type Iia. What does this mean? Every diamond contains chemical impurities, the most common being nitrogen which alters the stone’s natural colour. A Type II has no measurable impurities and is considered to be colourless. The Lesotho Legend joins a prestigious lineage of Type Iia diamonds that includes, most famously, the Regent, the Star of the South, the Cullinan and the legendary Koh-I-Noor, which was extracted from the (now exhausted) Golconda mines in India. 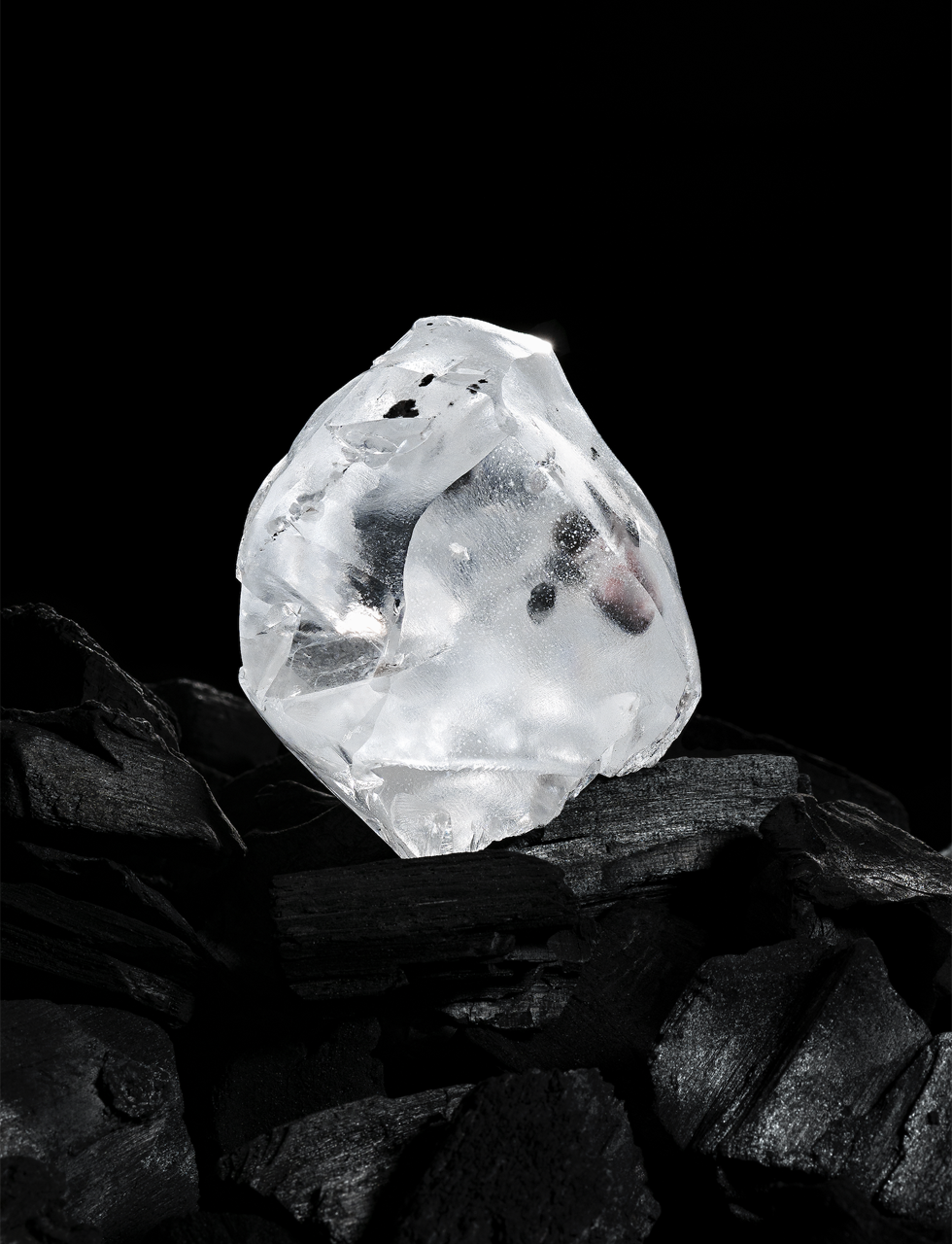 The Lesotho Legend was recovered from the Letseng mine, located in the Maloti mountains of Lesotho. The mine had already yielded some of the world’s biggest stones, including the Lesotho Promise – 603 carats, found in 2006 – and the 550-carat Letseng Star. This open-pit mine is owned by Gem Diamonds and the government of Lesotho. Since the discovery of the Lesotho Legend, a community project has been set up and sums have been awarded for communities in the vicinity of the mine.

A first for Van Cleef & Arpels

In order to maximise this rough, Van Cleef & Arpels and Taché turned to Diamcad, a highly regarded diamond cutter in Antwerp. After extensive analysis, Diamcad cut the rough into a number of magnificent stones, including three of respectively 79.35 carats, 31.24 carats and 25.06 carats.

“The Maison seldom works with rough stones. We traditionally start with cut and faceted stones that are already suitable for use in jewelry. This is the first time in decades that we have been involved in a project from its starting point – the extraction of the stone – to the creation of a high jewelry collection. The appearance of this extraordinary rough stone gave us this unique opportunity to tell a story around the diamond,” says Nicolas Bos, President of Van Cleef & Arpels.

Diamcad used 3D technology to map the future diamonds inside the rough. A year later, having determined the best possible plan, the stone was cleaved. The Lesotho Legend produced an array of 67 diamonds for a total of 441 carats.

The advantage of starting with a rough is to obtain stones of the exact required shape and size. The result – the Legend of Diamonds fine jewelry collection that was unveiled in Paris in July – is an alchemy of multiple elements: the dealer, the cutter, the diamonds, the other precious stones, the designers and the history and virtuosity of Van Cleef & Arpels. 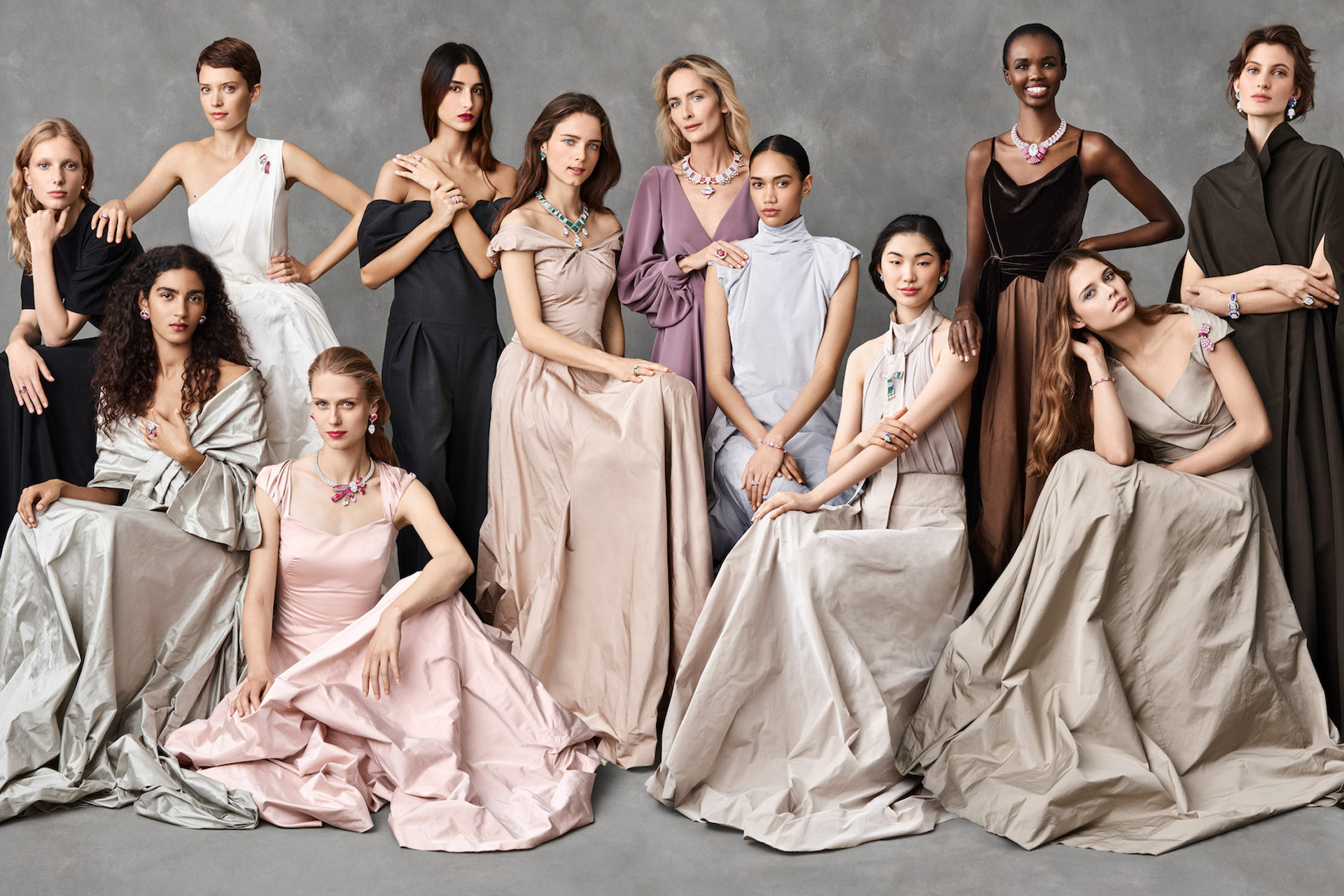 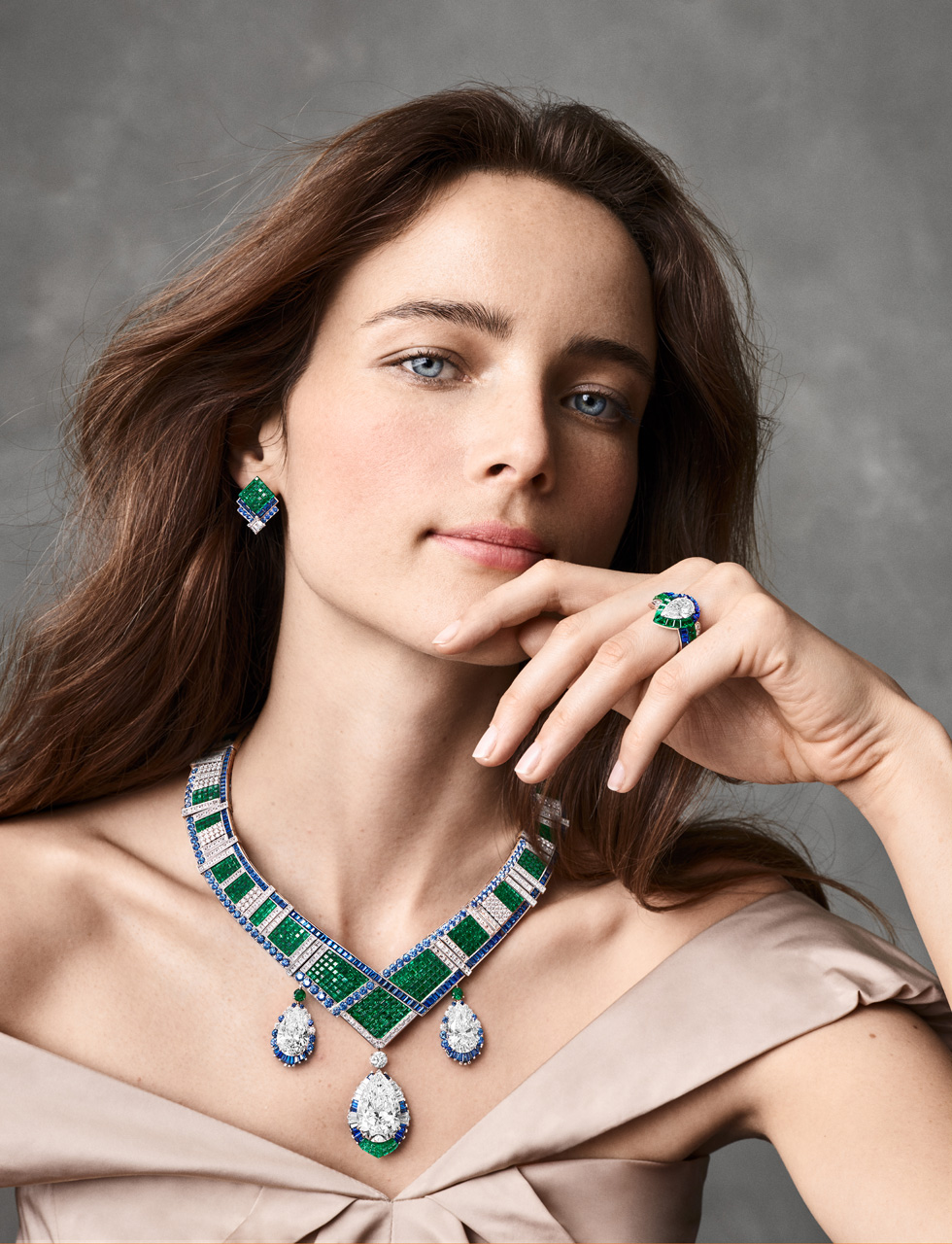 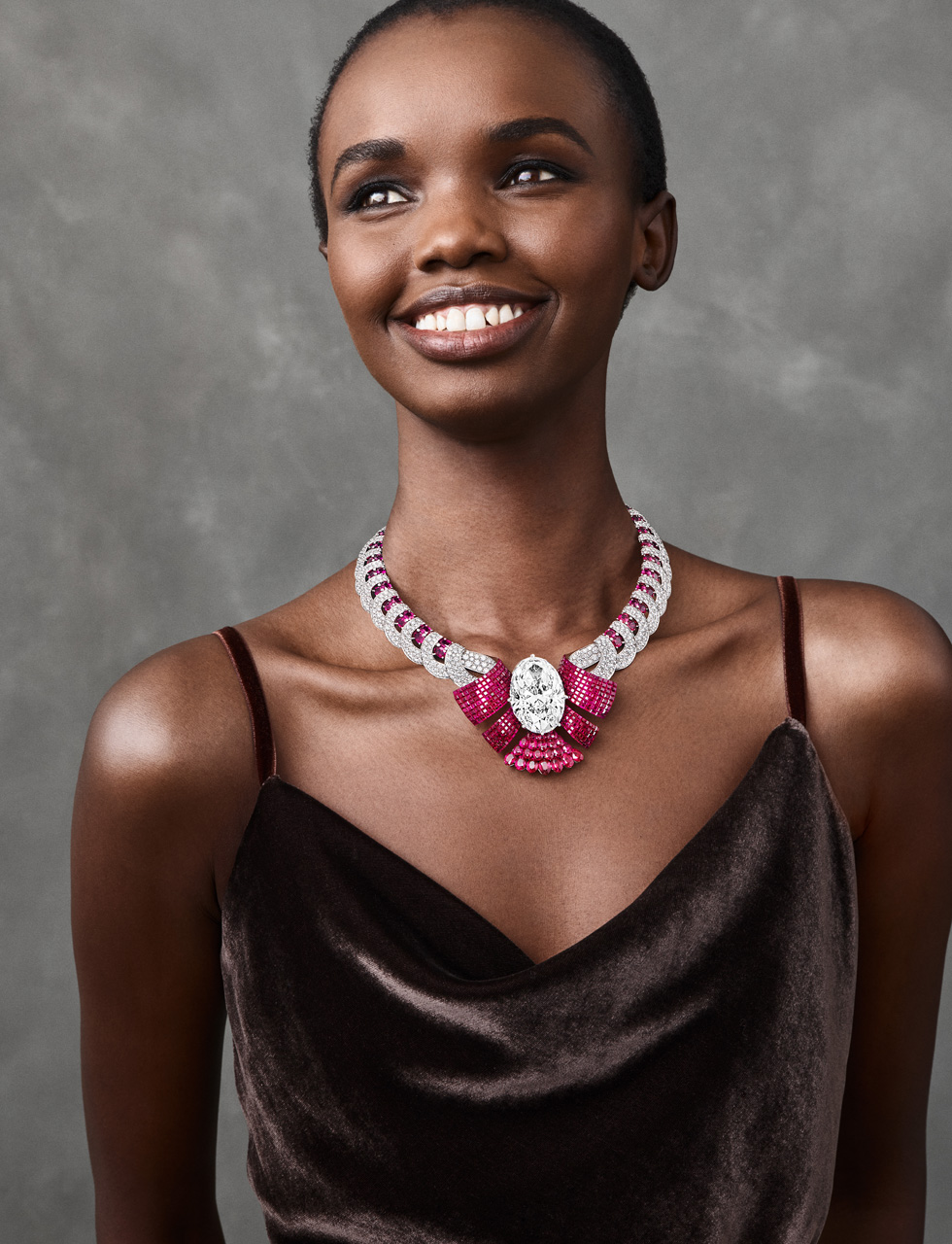 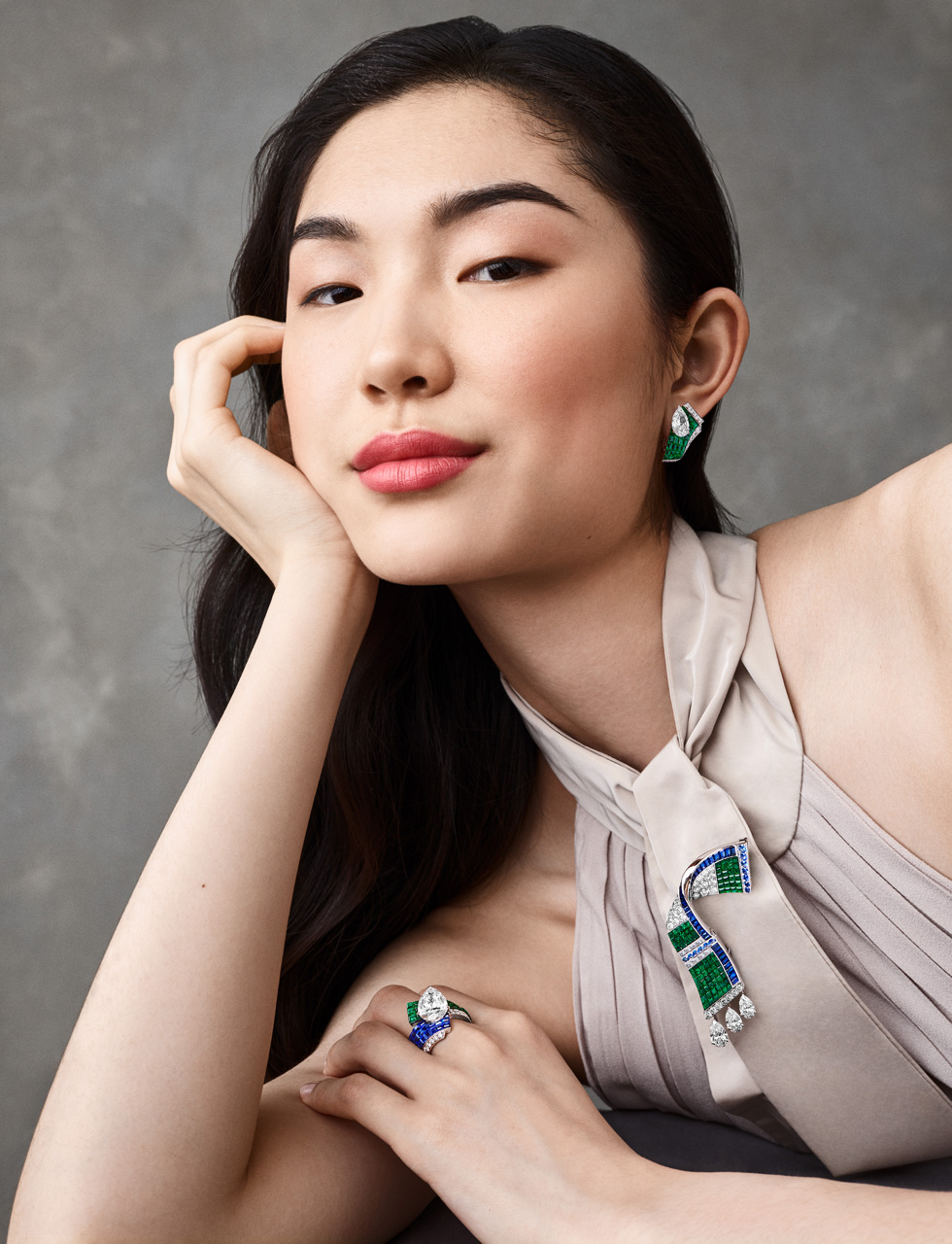 “Developing Legend of Diamonds took about four years from the time we first saw the rough stone to the release of the finished pieces. I think we have successfully shown that an exceptional diamond can be the starting point for an extraordinary collection that will be a milestone in the history of the maison,” Nicolas Bos declared.

Each of the 25 pieces in the collection is designed around these spectacular diamonds and employs a technique that is also a signature of the brand’s expertise: the mystery setting. Patented in 1933, its secret is a groove cut into the culet; the stone can then be slid onto gold rails and its position precisely adjusted. 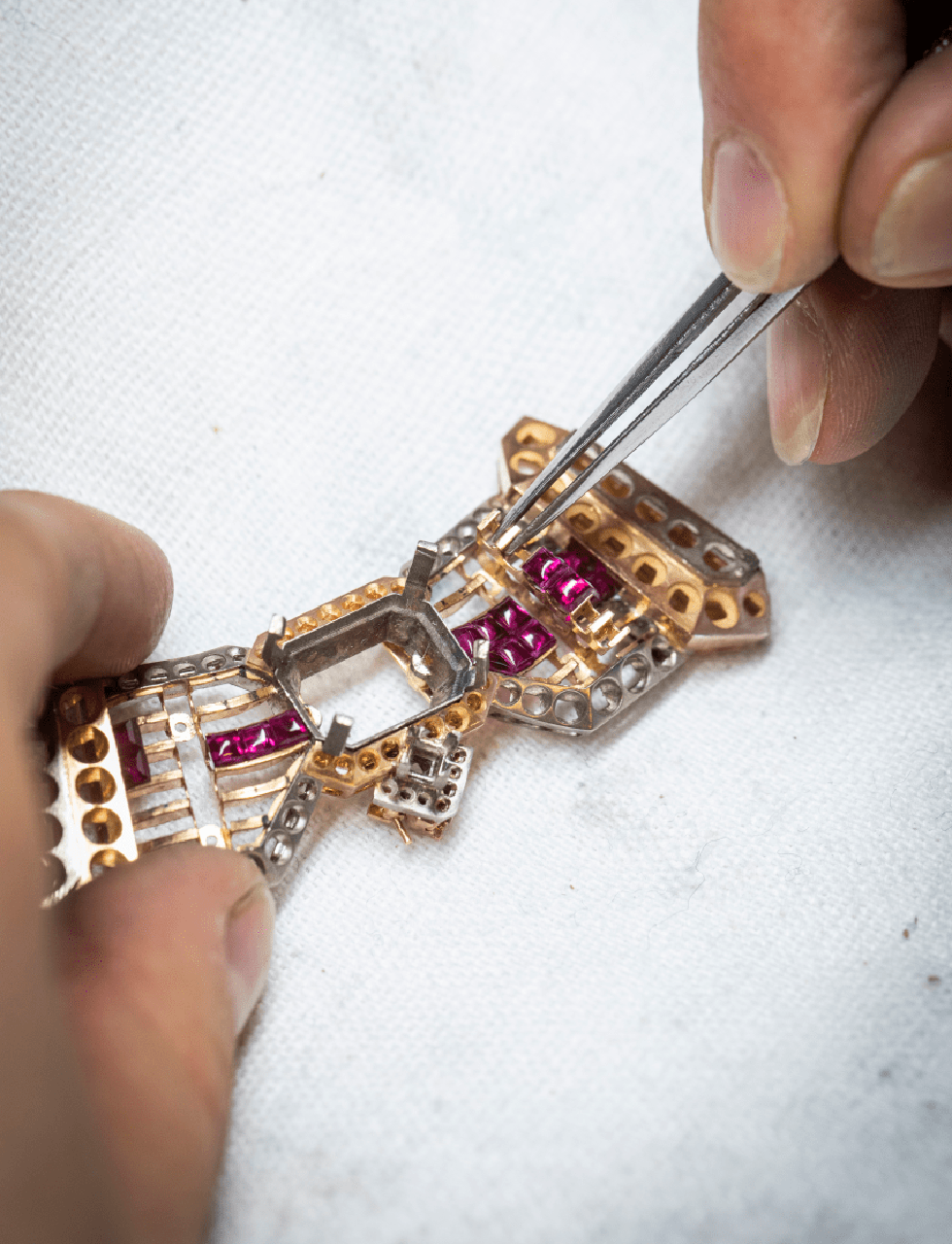 The result is a carpet of precious stones with no visible prongs or metal. These spectacular tapestries of rubies, sapphires and emeralds show off the diamonds better than any other technique. At the heart of the Atours Mystérieux necklace, for example, a diamond of 79.35 carats is a heart-stopping centrepiece, illuminated by swirls of mystery-set rubies.

Another highlight of the collection, the Chevron Mystérieux necklace is inspired by the crossover collars that were fashionable in the 1950s. It features not one but three center stones: a trio of majestic pear-cut diamonds of 31 carats (center), 12.18 carats and 12.07 carats. The chevron design is a composition of sapphires, emeralds and diamonds. As the most versatile piece in the collection, it can be worn in six different ways. The central element can be detached and worn as a pendant, while the other two large diamonds can adorn earrings. 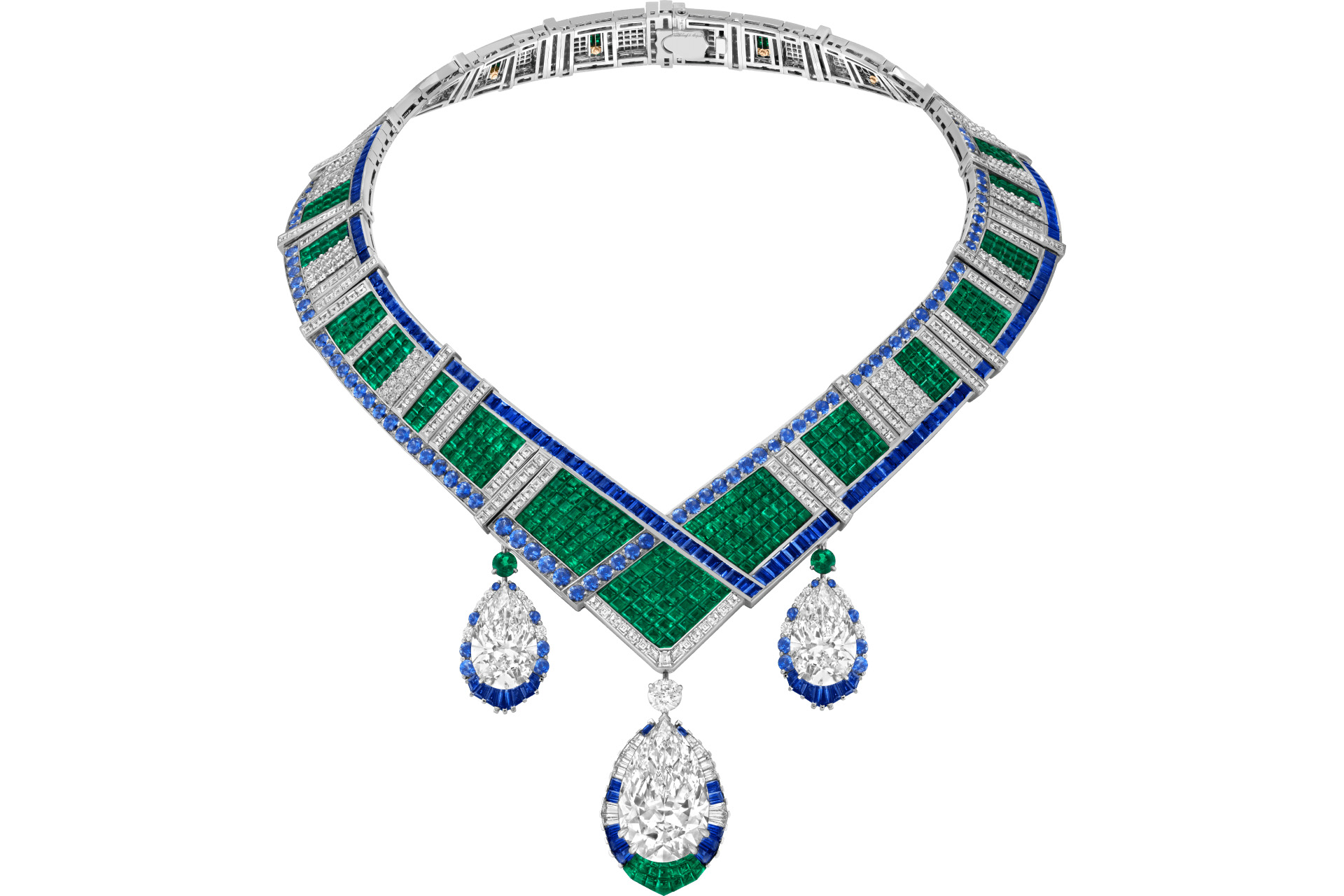 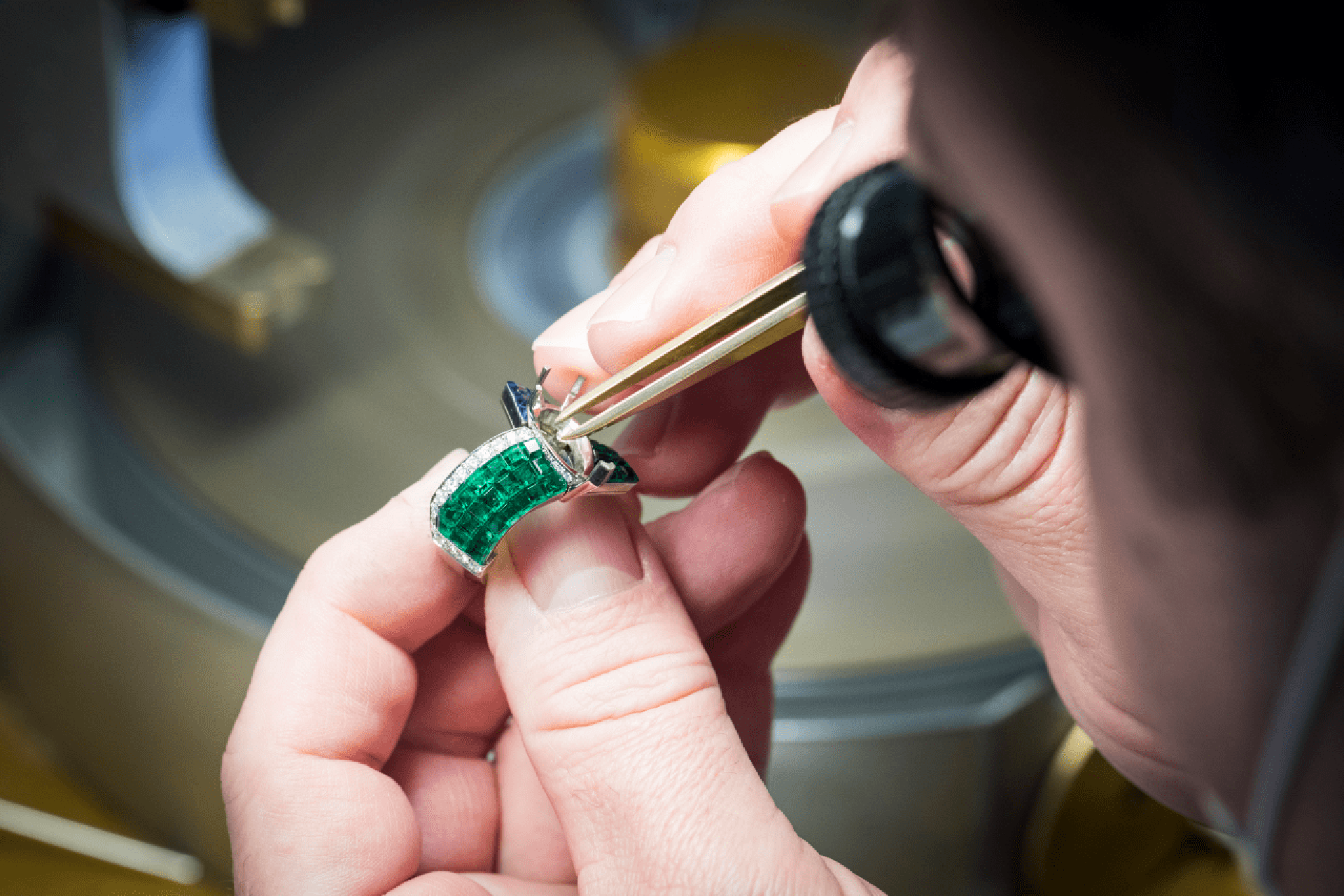 It took Van Cleef & Arpels’ workshops in excess of 30,000 hours to bring to fruition what can truly be called a masterwork of high jewelry. A rough diamond of this size and purity doesn’t appear on the market every day. With expert help, Van Cleef & Arpels has made it the heart of a collection that will go down in high jewelry history. Collectors are in no doubt about its exceptional nature; they were out in force at the presentation in July in the hope of adding these rare creations to their personal jewelry box. Indeed, who knows when an opportunity such as this will come again… 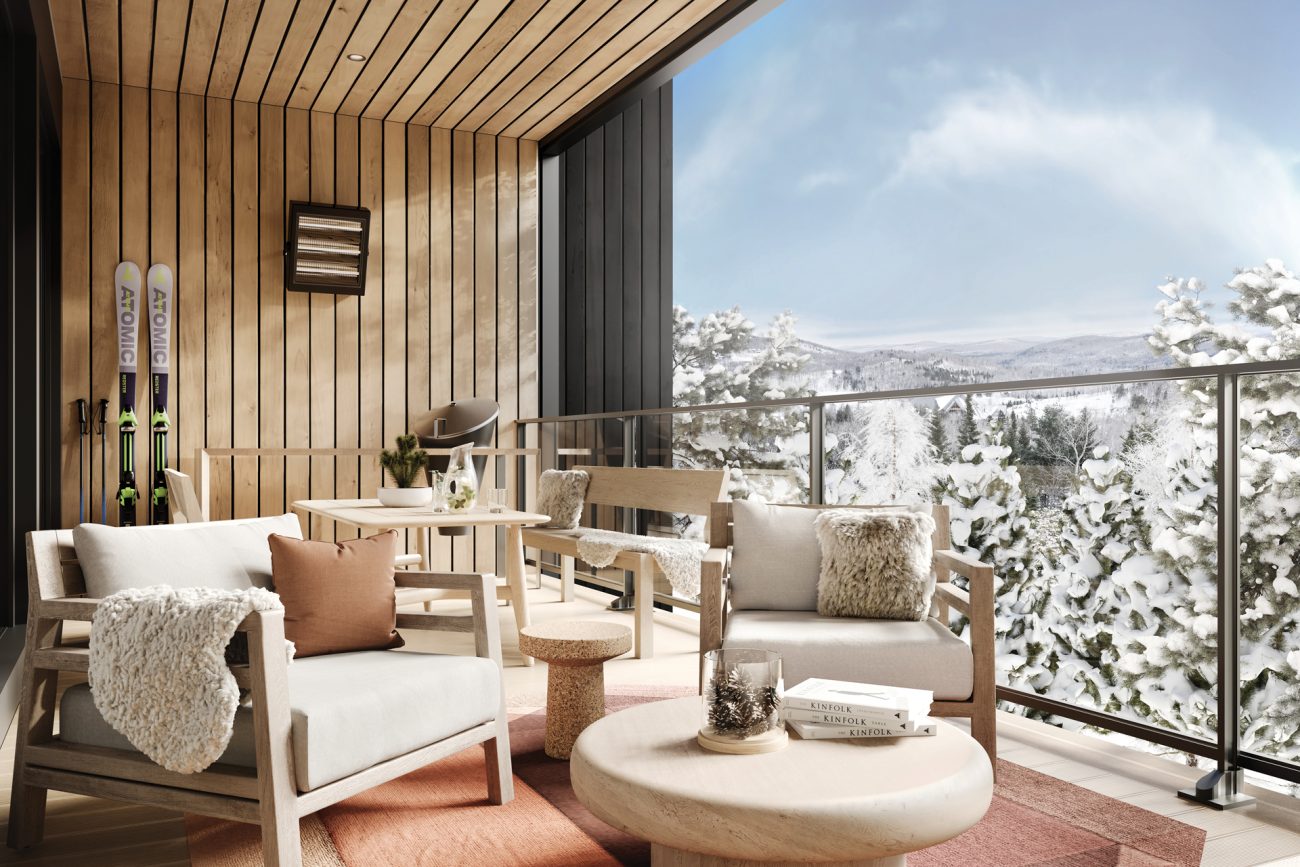 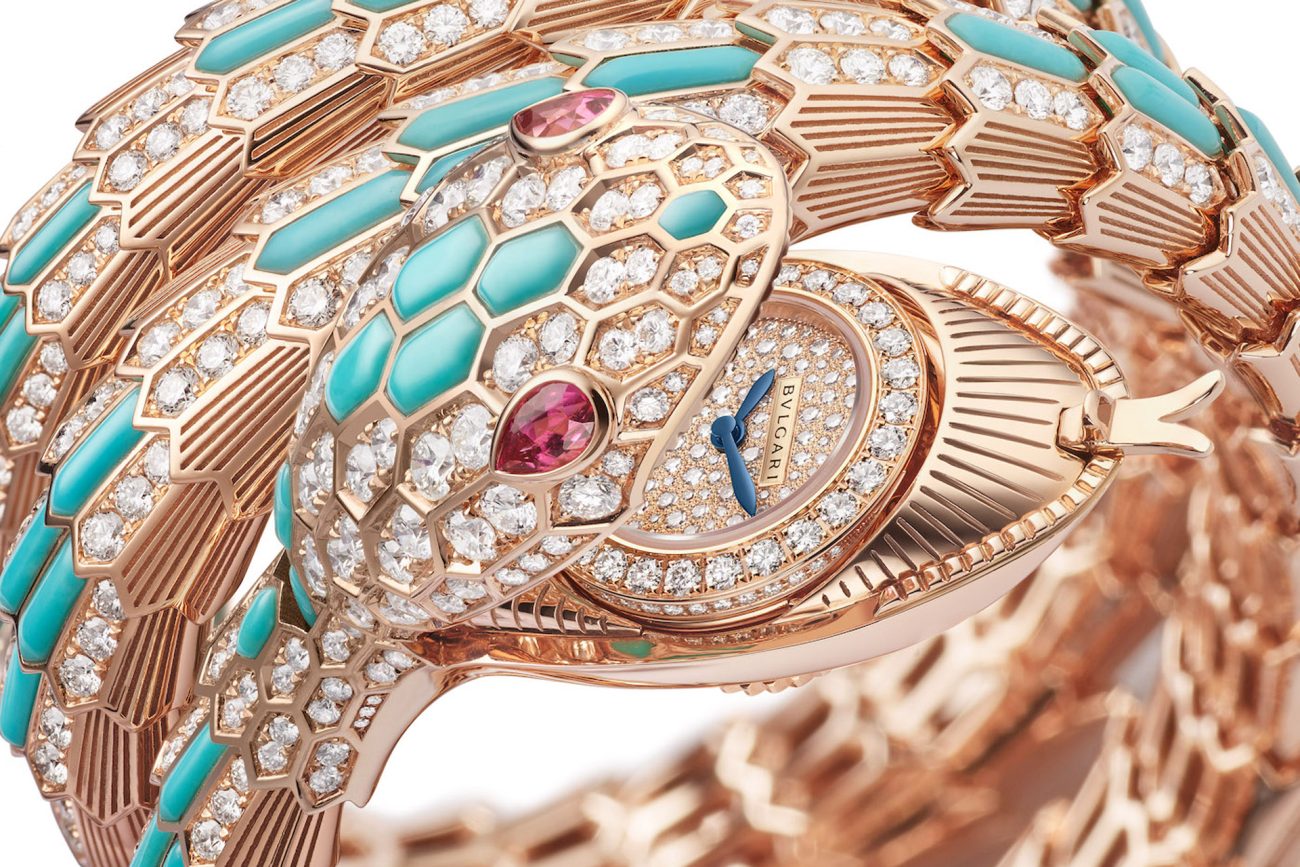 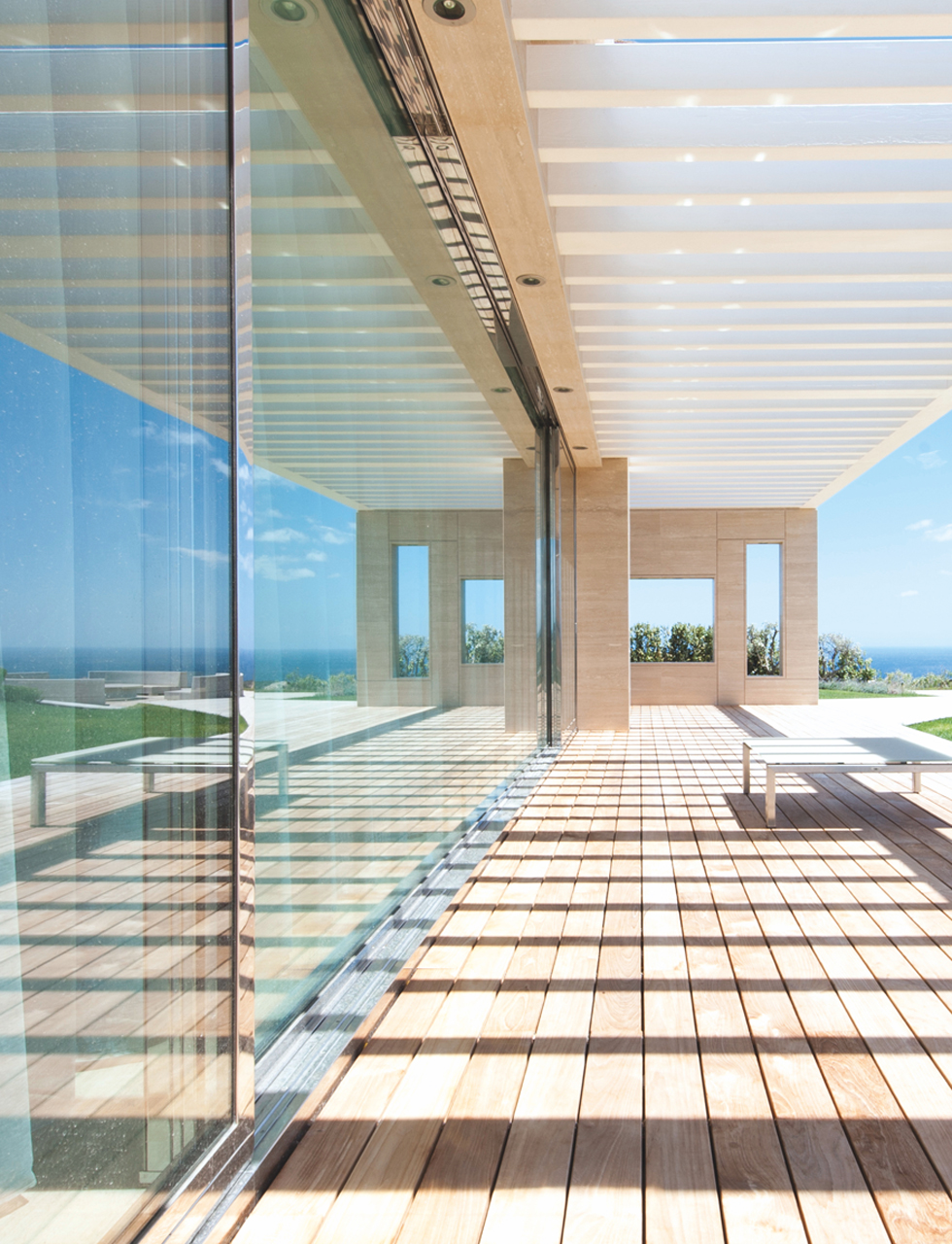 The Villa at Cala Volpe, Sardinia