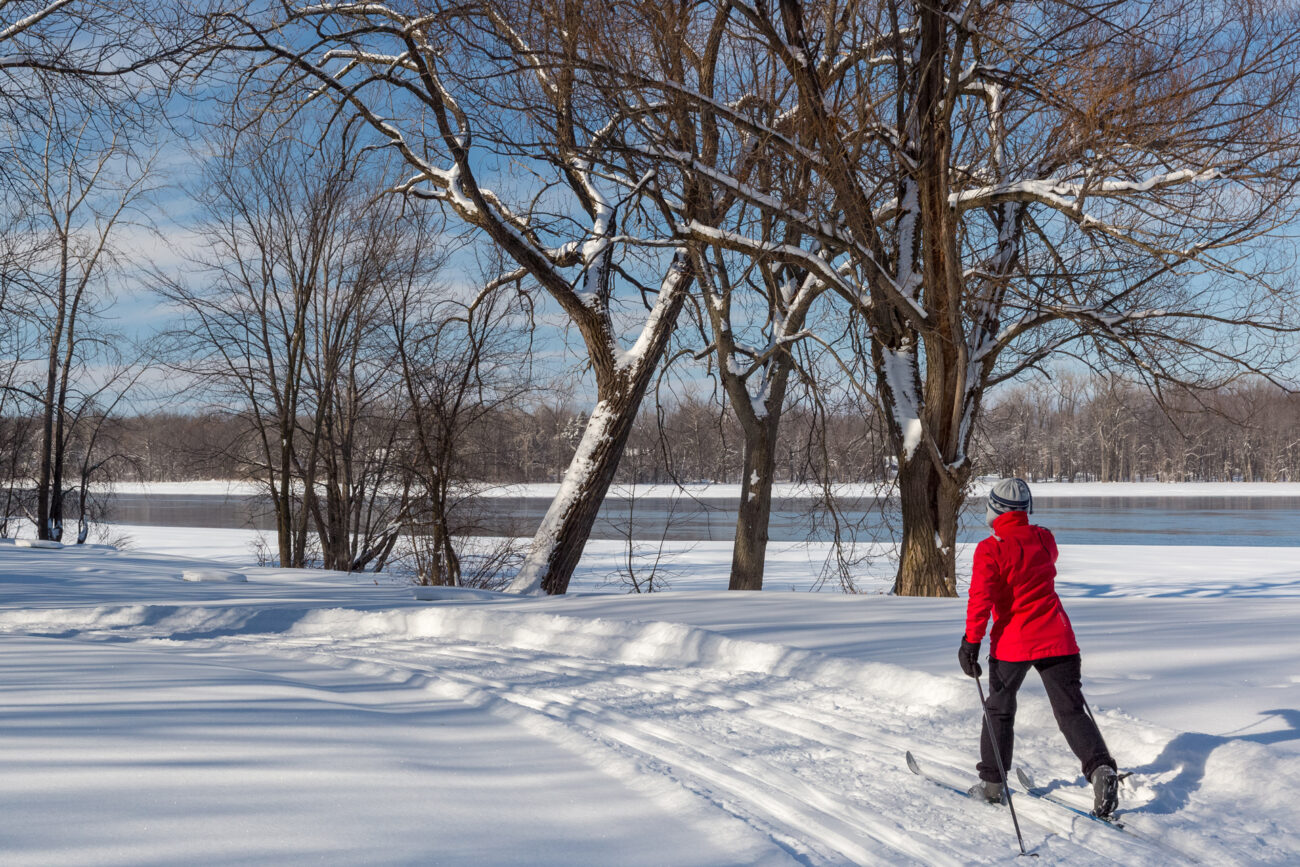 The West Island is a residential region that offers a slice of the good life. The area, encompassing the boroughs of Pierrefonds-Roxboro and L’Île-Bizard–Sainte-Geneviève and the towns of Baie-D’Urfé, Beaconsfield, Dollard-des-Ormeaux, Kirkland, Pointe-Claire, Sainte-Anne-de-Bellevue and Senneville, includes numerous green spaces and nature parks—a true heaven on earth for nature lovers. Here are some West Island activities you won’t want to miss.

This 245-hectare forest reserve includes most plant species native to Quebec, as well as trees from around the world and cultivated and overgrown fields. From its 20-kilometre network of trails, including two downhill ski hills and a snowshoeing trail, you can observe stunning birds such as the Indigo Bunting. The arboretum offers a number of activities such as guided tours, birdwatching walks and astronomy workshops.

This extraordinary 70-kilometre bike trail offers a unique way to discover the West Island’s architectural, historical and natural heritage. Cyclists can soak in the tranquil setting of the nature parks and panoramic views of Lac Saint-Louis and Lac des Deux Montagnes and stop along the route to read the information plaques, which offer details on more than a hundred heritage buildings. The route starts at Millennium Park in Dorval, leading off from Lachine’s Pôle des Rapides bike path.

This peninsula surrounded by natural shoreline offers a number of vantage points over Rivière des Prairies and Lac des Deux Montagnes. Families are sure to enjoy the stunning natural sand beach, an ecological farm and the Havre aux Tortues Bay. In winter, an array of marked cross-country skiing trails wind their way through the park. 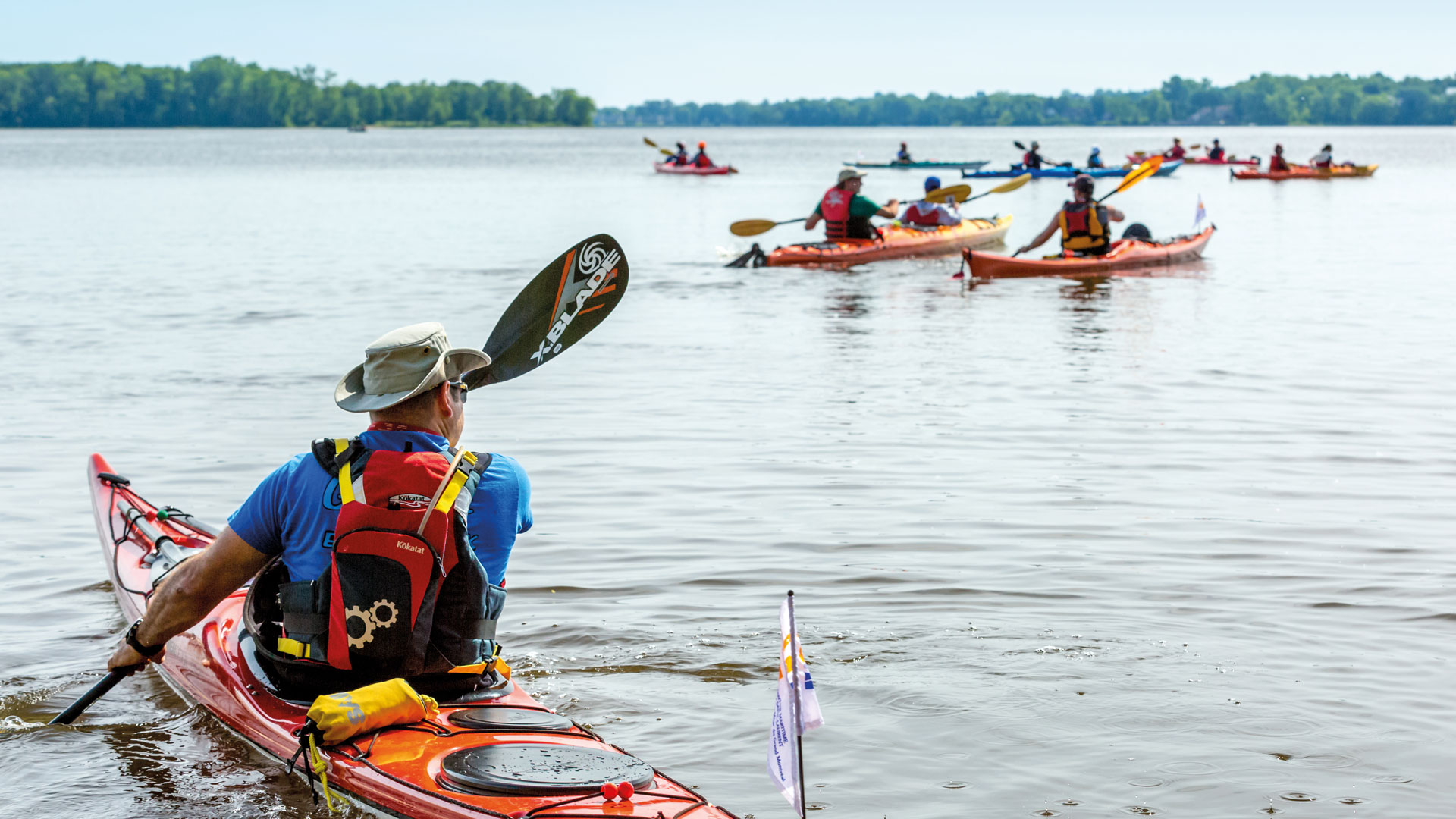 This park, which opens onto the banks of Lac des Deux Montagnes, is known for the prevailing westerly winds that make it the perfect spot for windsurfers, boaters and kitesurfers. 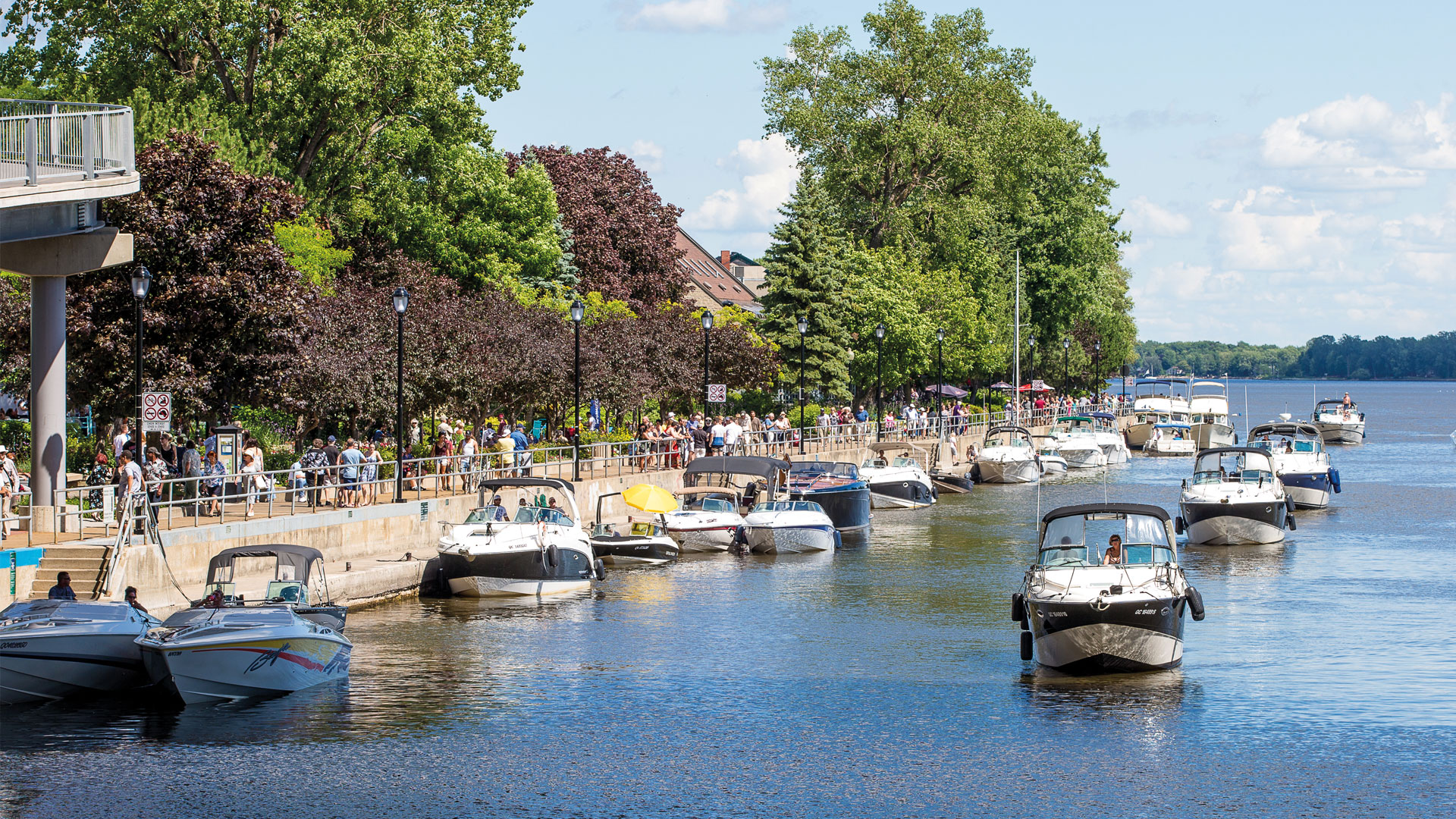 A TRIP BACK THROUGH HISTORY

The old farmhouses, windmills and military buildings along the banks of the St. Lawrence and Rivière des Prairies stand as a historic reminder of the West Island’s occupation in the 18th century. The Pointe-Claire Windmill, Thomas Brunet House in Cap-Saint-Jacques and Château Pierrefonds are especially worth a visit. Heritage highlights in Sainte-Anne-de-Bellevue include the Sainte-Anne-de-Bellevue convent and the Simon Fraser House. 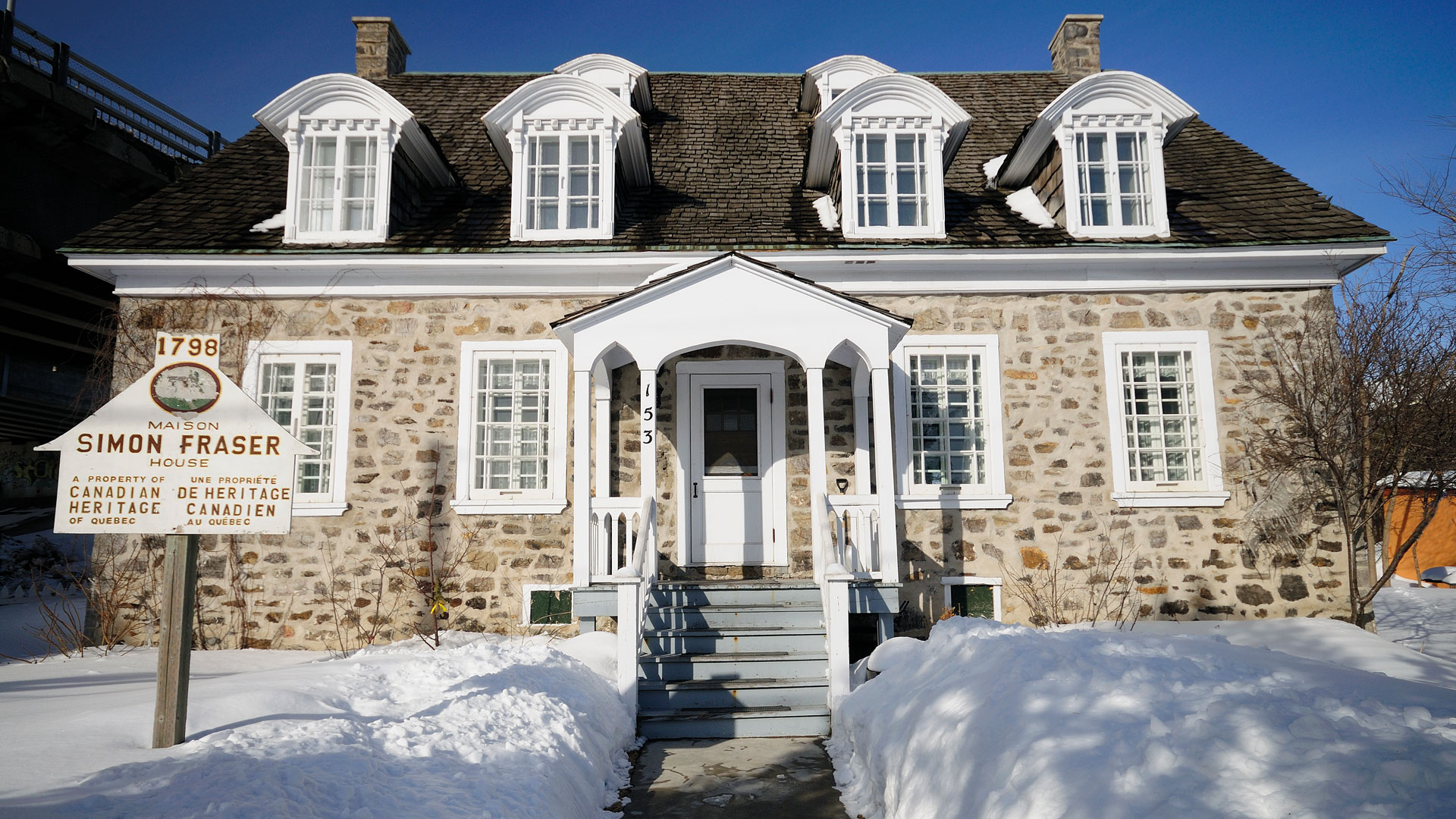 GET OUT AND PLAY 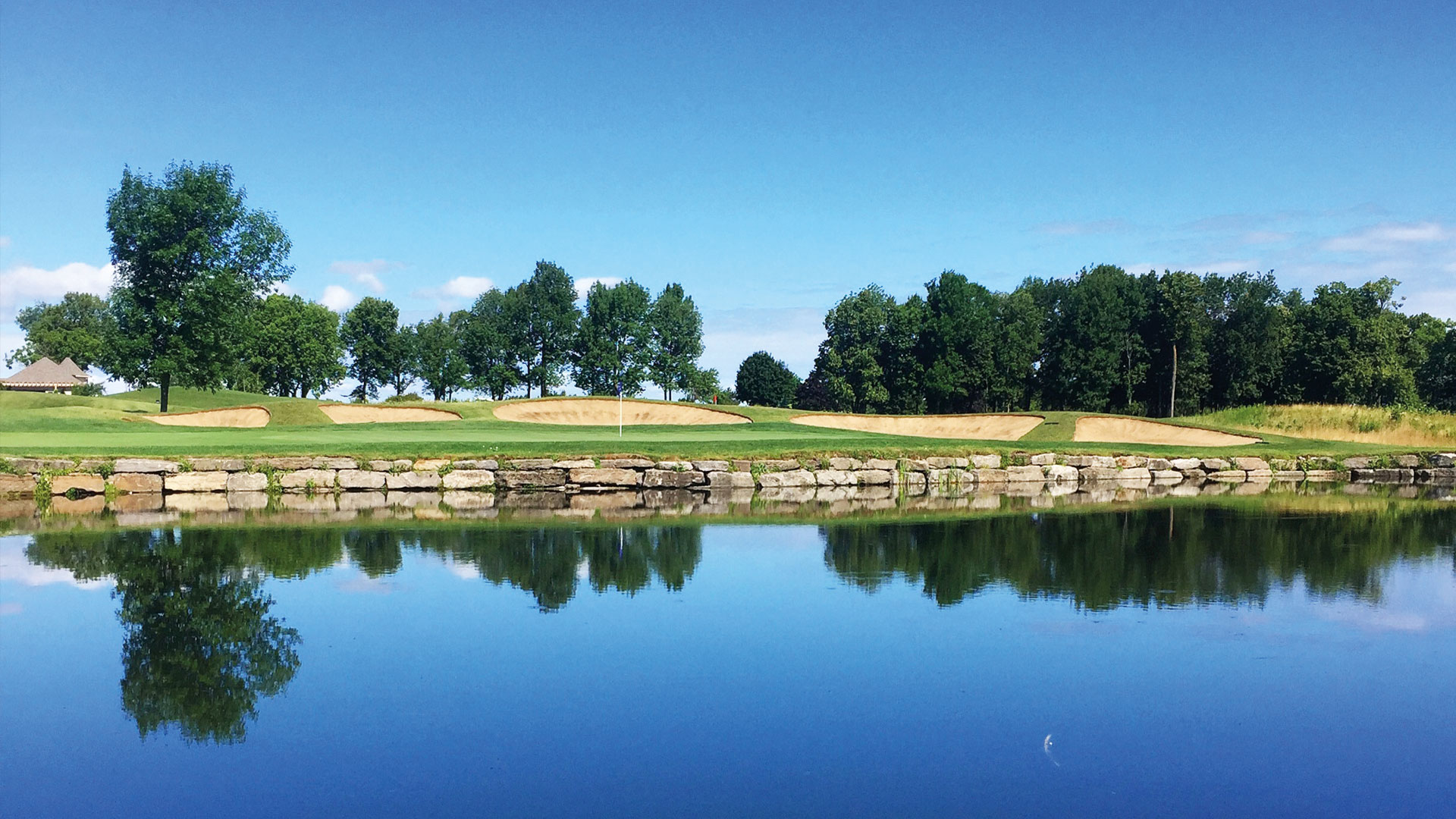 Only 25 minutes from downtown, the Ecomuseum Zoo offers visitors of all ages the chance to discover Quebec’s wildlife, including black bears, caribou and Canada lynxes. The Ecomuseum Zoo is a permanent refuge for animals that cannot be rehabilitated for reasons such as injury or having been orphaned.

Vortex Racing, North America’s first racing simulation centre, is home to eight professional race simulators (the same ones used for training Formula 1 racing teams!) so you can live the experience of an F1 driver. Get ready for a ride in the fast lane! 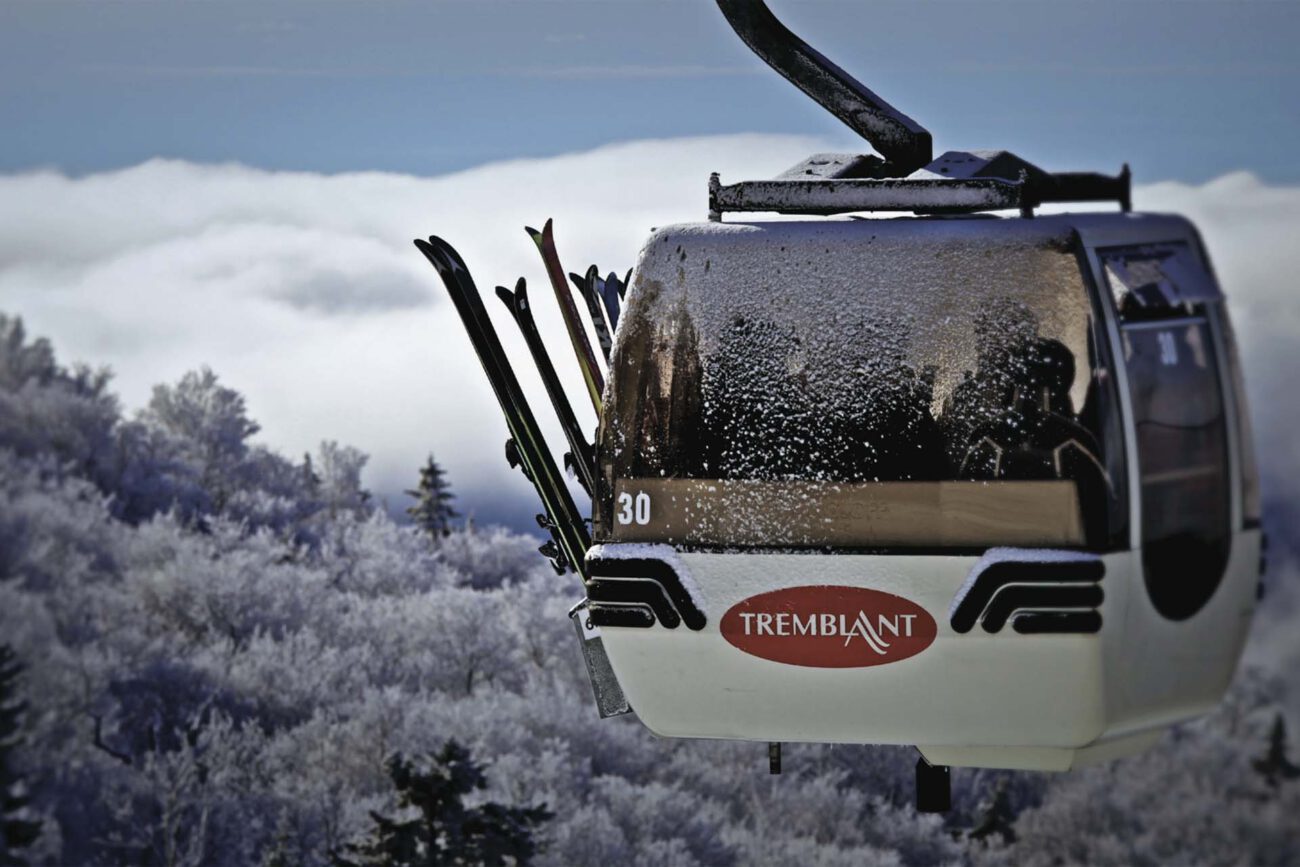 For getting the most out of the winter season with family or friends, there’s nothing better than racing down the slopes. These four ski resorts offer unforgettable moments by day and night for ski enthusiasts, no matter their level.

Mont-Tremblant awaits you with its magical landscapes, sports and cultural events, gourmet delights and luxury accommodations. Downhill skiers, snowboarders, hikers, cross-country skiers and snowshoers will all have a blast on this huge playground.

Standing 875 metres high with a magnificent view of the Laurentians, the mountain is without a doubt the most impressive place to ski in the Laurentides region, with a 645-metre vertical drop. The 269-hectare ski area includes 96 ski runs, ideal for skiers of any level, from beginner to expert. Outdoor enthusiasts will also enjoy the Parc national du Mont-Tremblant and the Domaine Saint-Bernard ecotourism park, whose protected areas offer breathtaking scenery.

Mont-Tremblant is also known for its tourist area located directly at the bottom of the slopes. There, you will find excellent restaurants as well as cute boutiques. 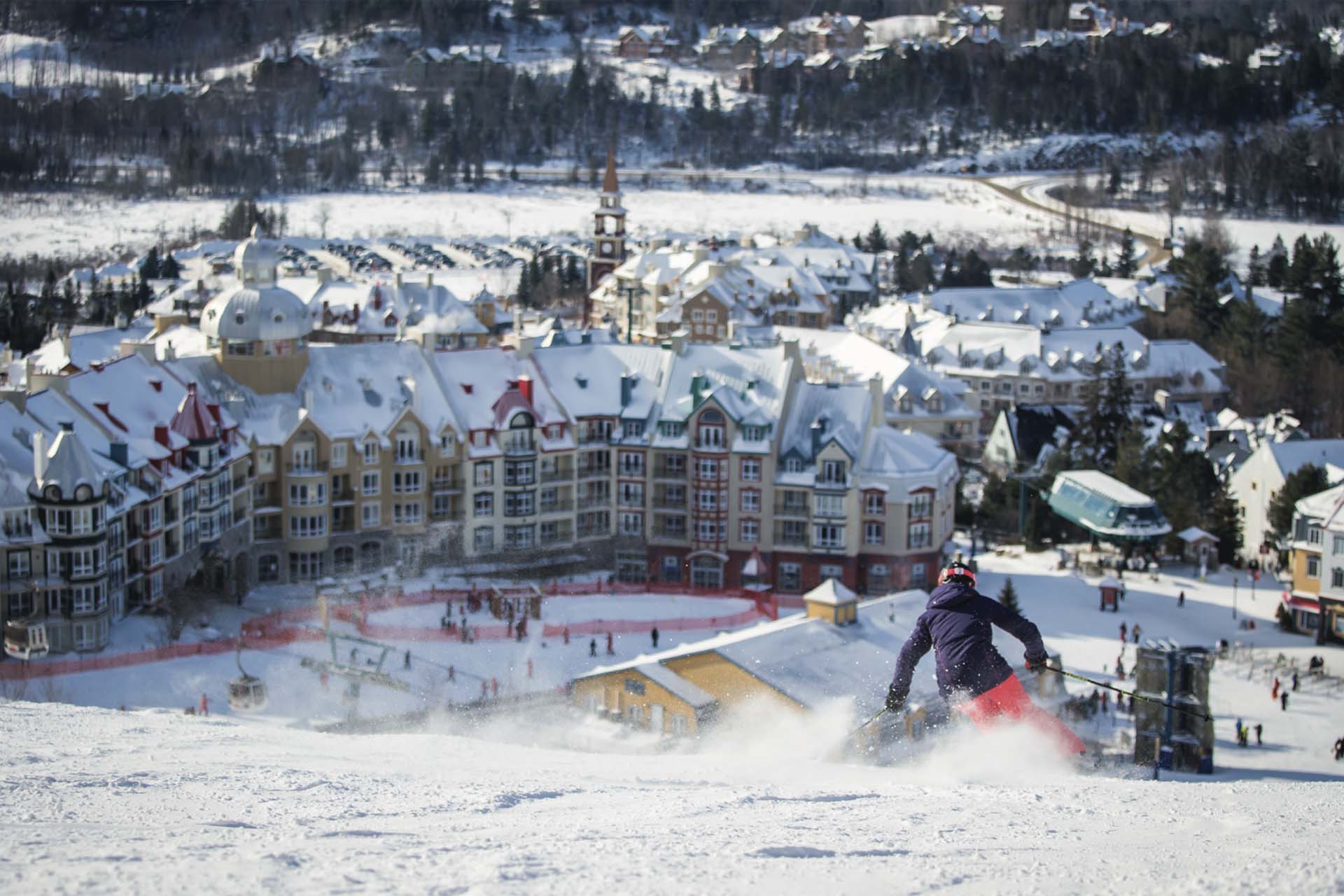 Located 45 minutes away from Montréal, Mont Saint- Sauveur offers a wide range of activities. With nearly forty snow-covered and groomed slopes, its T-Bar 70 restaurant located at the bottom of its well-lit slopes and its snow school recognized for its professionalism, this ski resort is warm and welcoming. Its night skiing also has a good reputation. The whole family will have a ball on the mountain thanks to its double zip line, The Dragon, and alpine roller coaster, The Viking, both open year-round.

To end your day nicely, you should also swing by the village, only a few minutes’ walk from the ski area. 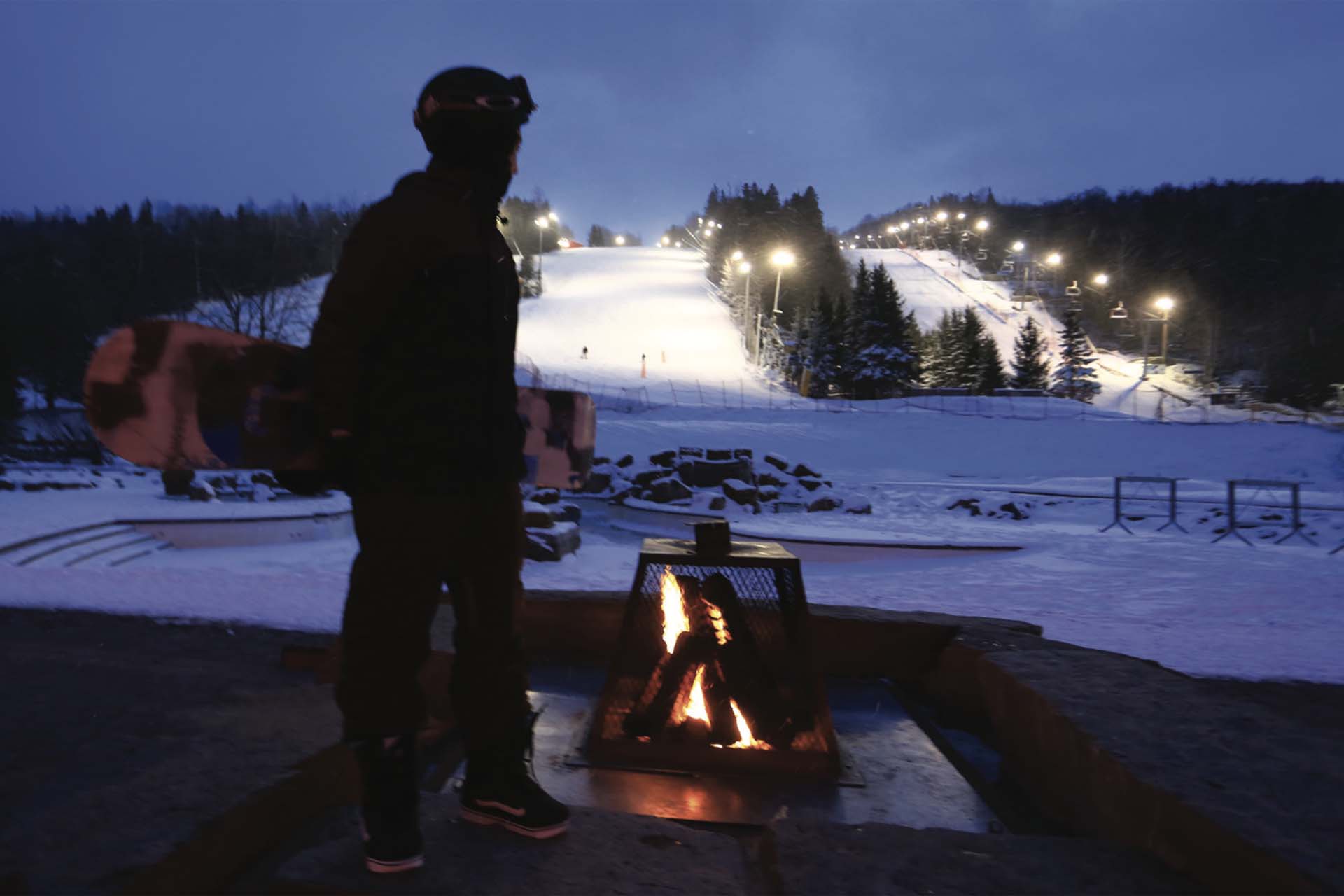 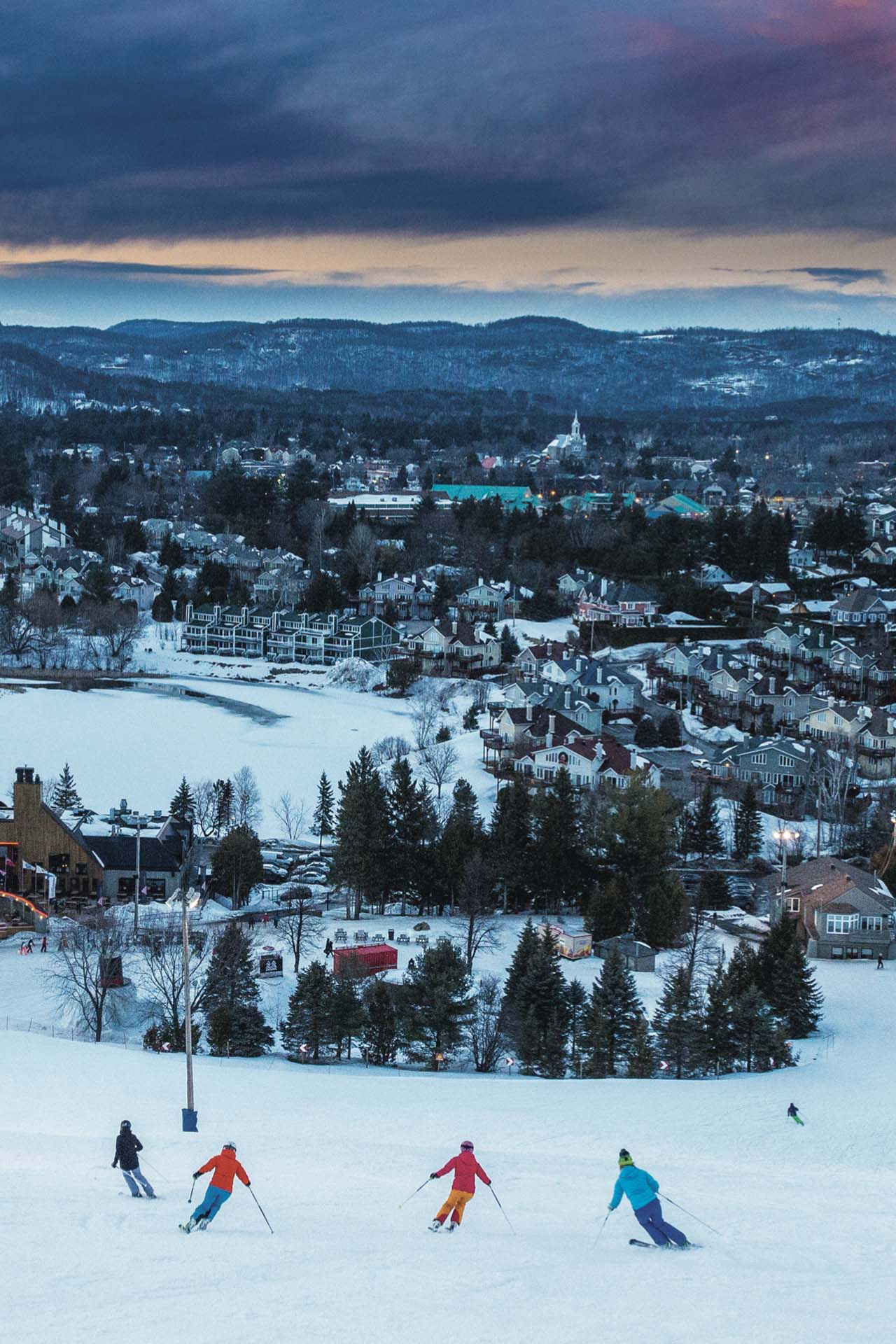 An hour away from Québec City, Le Massif has the highest vertical drop east of the Canadian Rockies: 770m. In addition to its sizeable ski area and stunning ski runs that descend straight to the river, the mountain is known for its abundant snowfall, with over 669 centimetres of snow per year.

With its view of the St. Lawrence and Appalachian Mountain peaks, Le Massif de Charlevoix offers 52 regular and glade ski runs for all levels, with long intermediate trails and several mogul fields. It’s also a must for thrill seekers: we suggest they try the Olympic-calibre run number 42 and the 2,200 metre-long double diamond.

Le Massif de Charlevoix also has a snowpark and about 100 acres of backcountry ski slopes on the side of Mont à Liguori.

The ski area can be accessed both at the bottom and top of the mountain, which will allow you to save a lot of time if you arrive directly from Québec City. 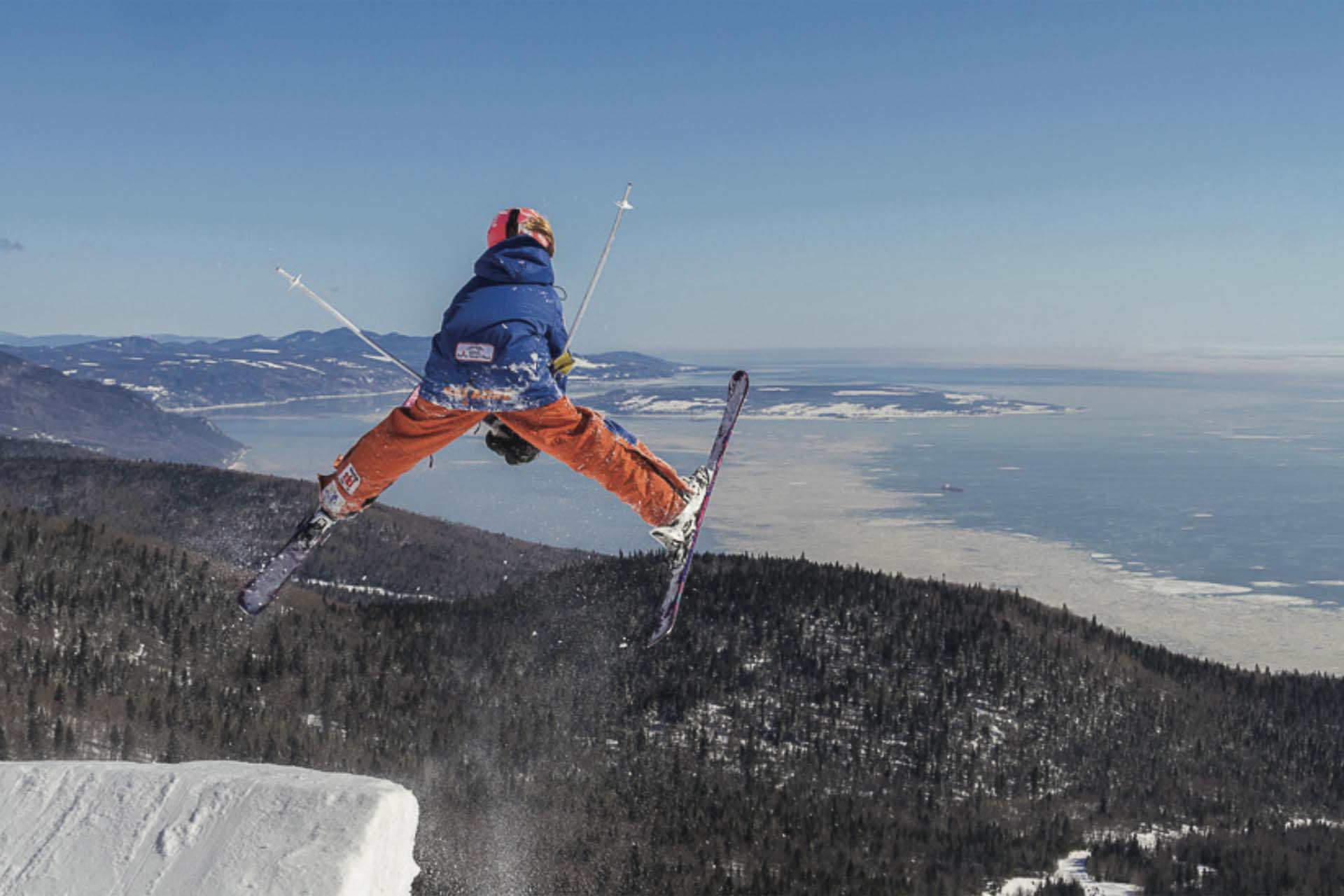 Nestled in the heart of the spectacular Coast Mountains, only two hours north of Vancouver, Whistler is a dream destination for winter sport enthusiasts in Canada. This resort offers some of the best alpine ski trails in British Columbia. It boasts two majestic mountains and a village at the foot of the slopes. Visitors can also go wilderness skiing, cross-country skiing, snowboarding, snowmobiling, heli-skiing and sleigh riding. Whistler is regularly ranked as a top world-class resort and recently won awards for its hotels and restaurants.

Whistler’s lovely village was built around a pedestrian walkway. It offers stores, activities, hotels, restaurants and high-quality accommodations in the vicinity of ski lifts. In short, it offers all the services one would expect from a world-famous resort, but remains small enough to allow visitors to enjoy a family-friendly environment. 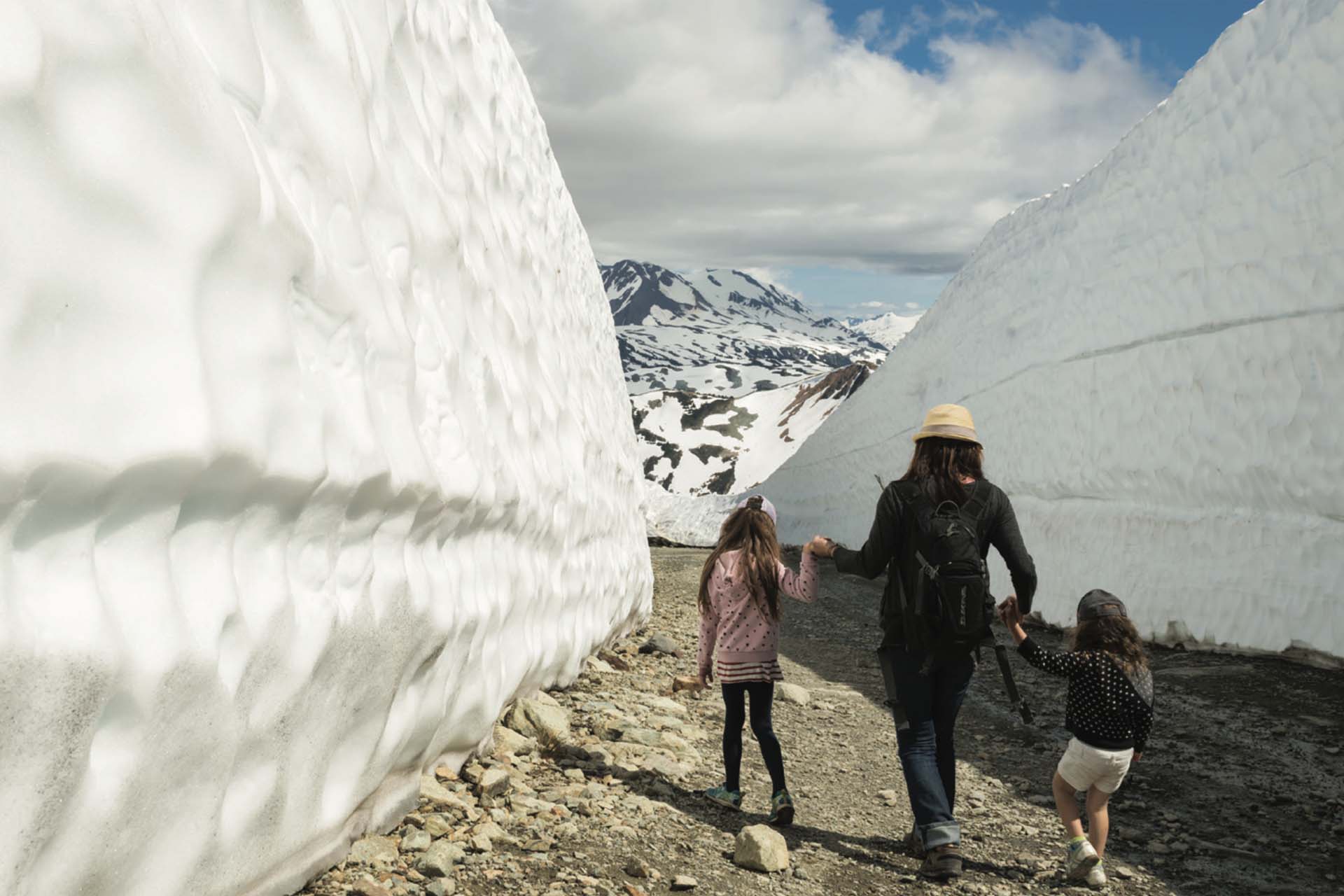 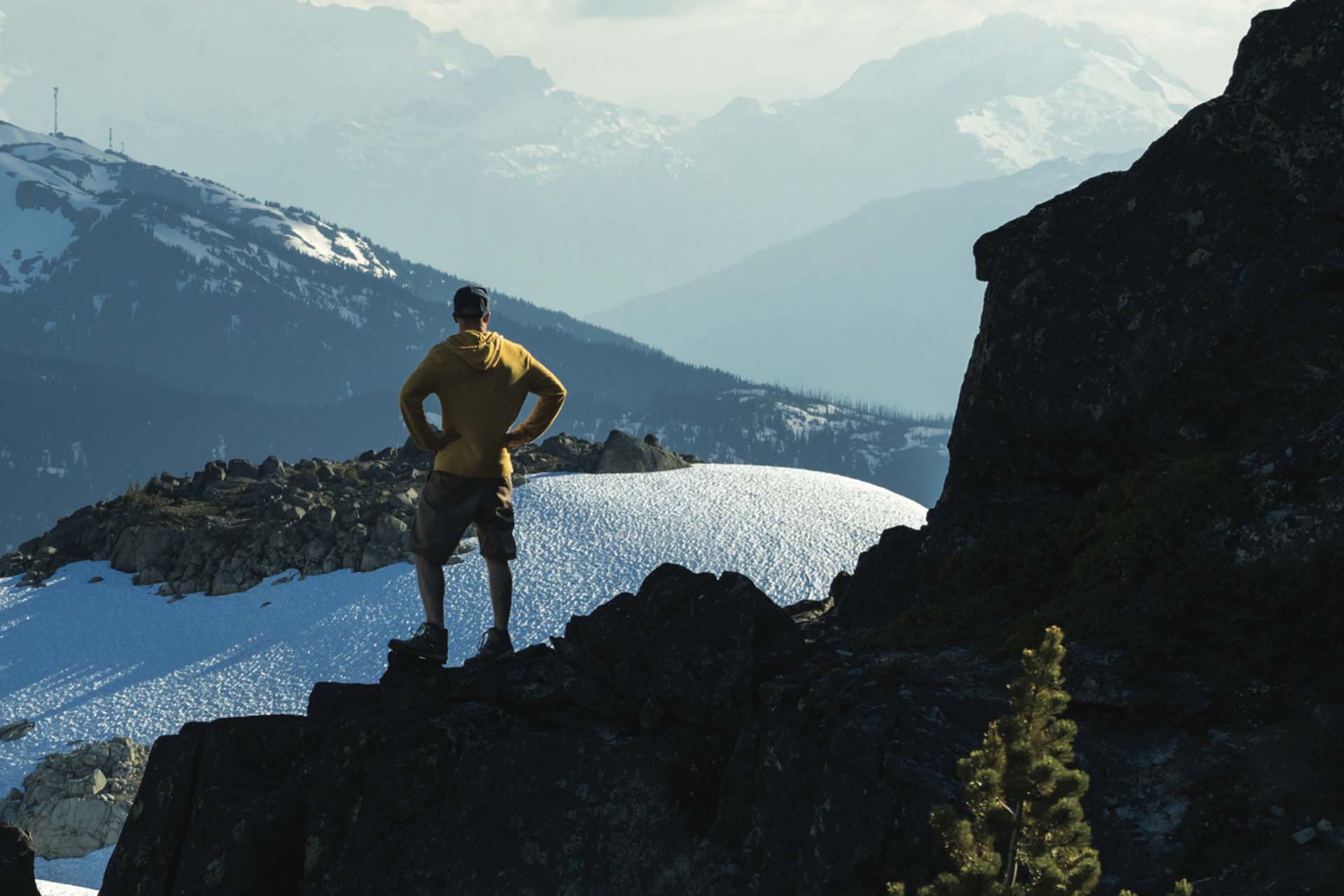 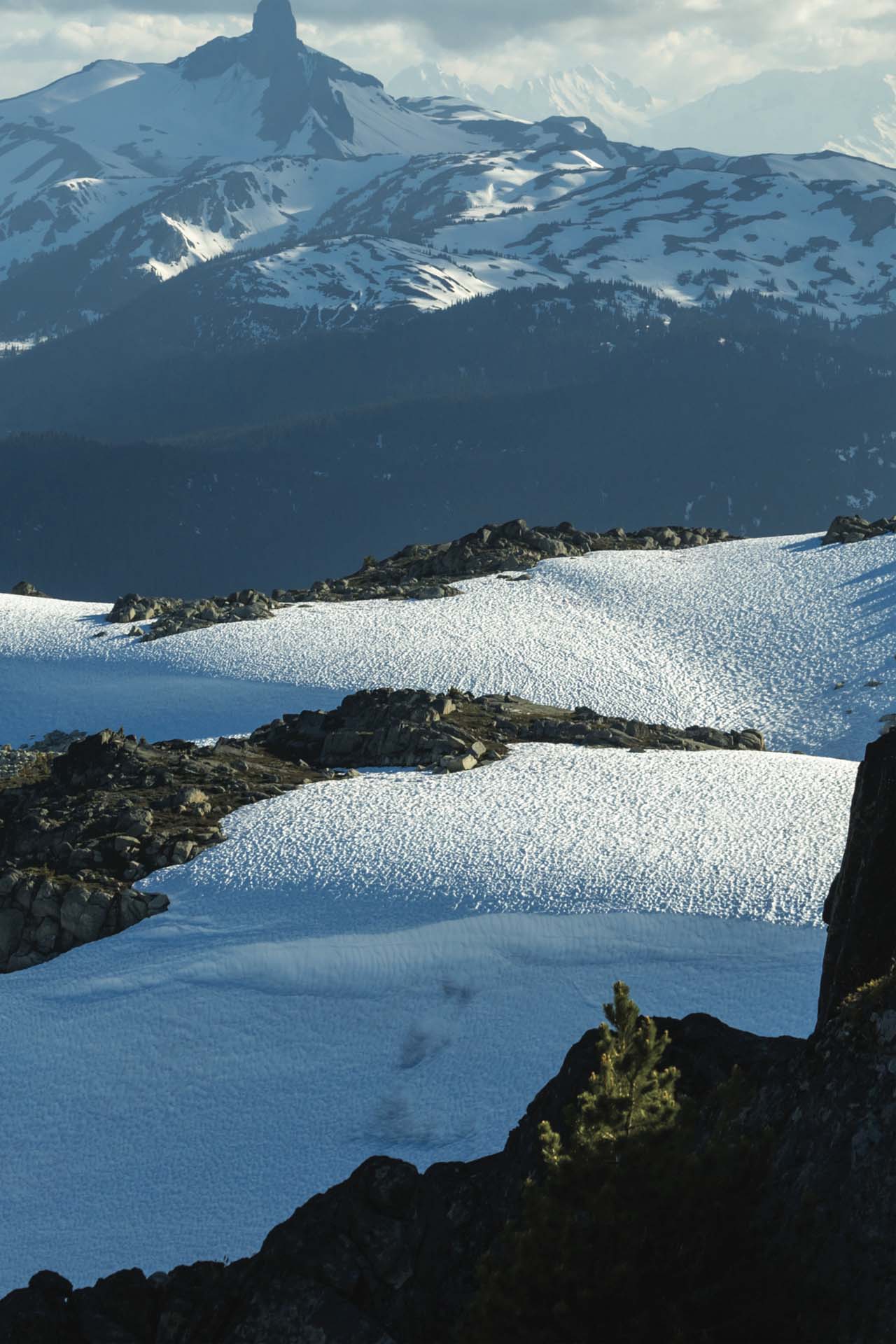 Roccabella, urban oasis in the heart of downtown Montréal