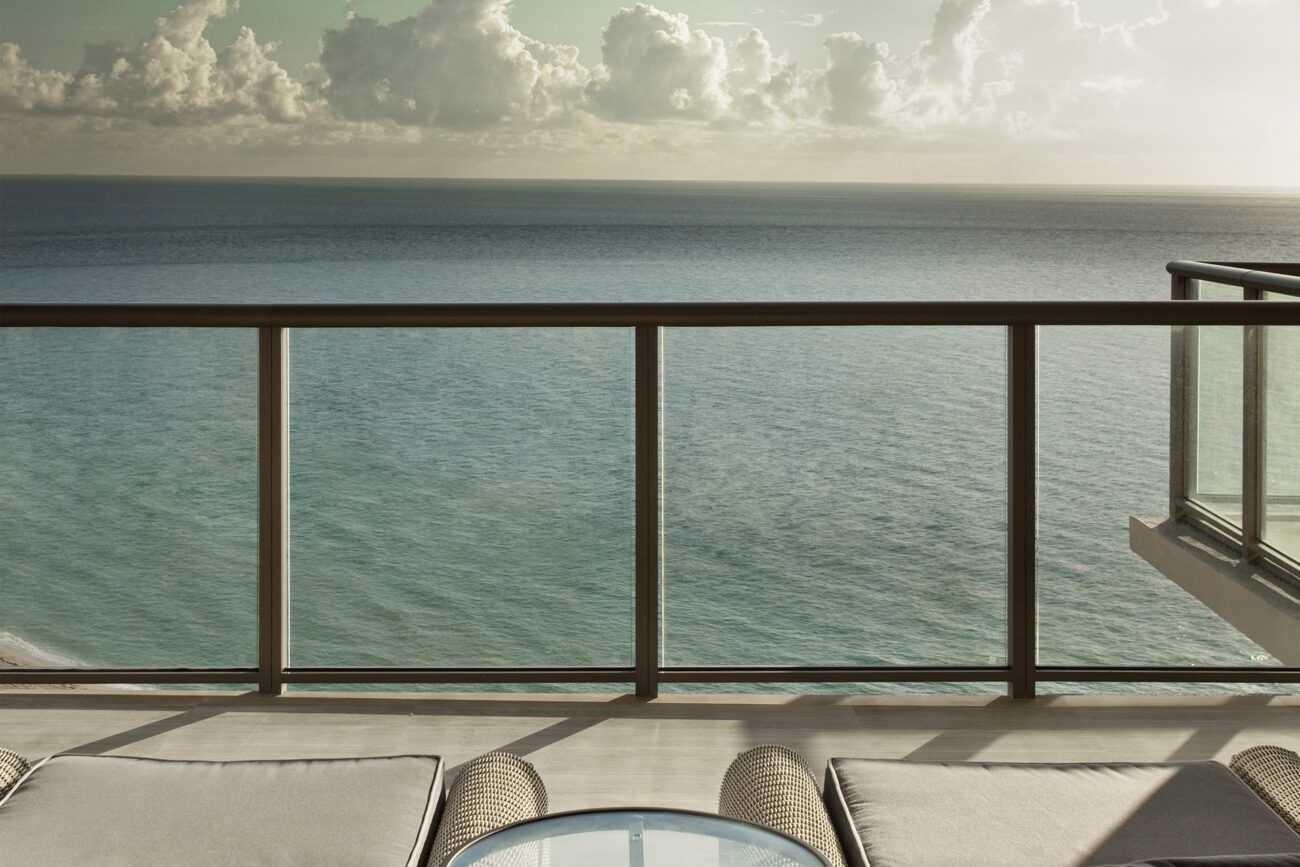 With its beaches, Art Deco districts and bustling nightlife, Miami is one of the most attractive cities in the United States, according to many. A city of a thousand faces, it possesses all of the attractions to please the most demanding of people: it has excellent places to dine, have a drink, or shop, but there are also beautiful places to explore. A guided tour.

Dating from 1926, this hotel is designated a National Historic Landmark. Several public figures have stayed there. It boasts a colossal pool, a golf course, tennis courts, and a French restaurant, the Palme d’Or, which is Michelin-starred. 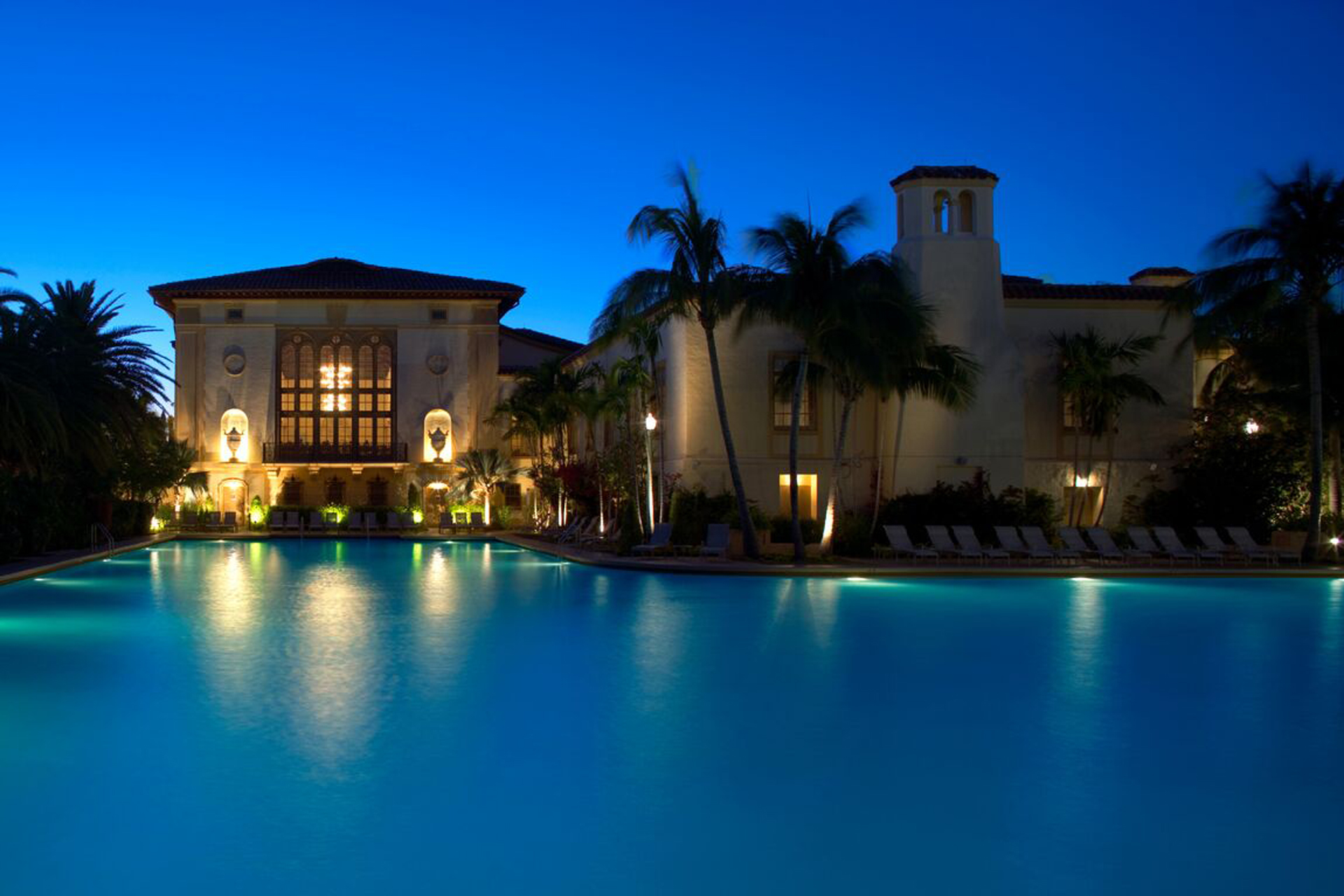 Situated at the heart of Brickell City Centre, this elegantly decorated 352-room hotel has four pools, several conference rooms, spas, high-end shopping and a cinema. Its rooftop bar and garden offers a breathtaking view of the city and its Uruguayan restaurant has quickly become a favourite among foodies.

Bridging together Art Deco and contemporary design, the Delano Hotel is one of the trendiest hotels of Miami Beach. Designed by Philippe Starck, it offers two restaurants, a sumptuous pool, a fitness center, a rooftop spa, as well as conference rooms. Located three minutes away from the beach, the hotel has balconies with an unbeatable view of the ocean.

This beachside hotel that opened its doors barely a year ago has already become a reference in the luxury hotel trade. It has 169 rooms and 13 penthouses designed by Alan Faena, in partnership with film director Baz Luhrmann and producer Catherine Martin, and a spa covering more than 2,000 m2. It houses two excellent restaurants, one Argentinian and the other Asian, in addition to a theatre offering Broadway-inspired shows. 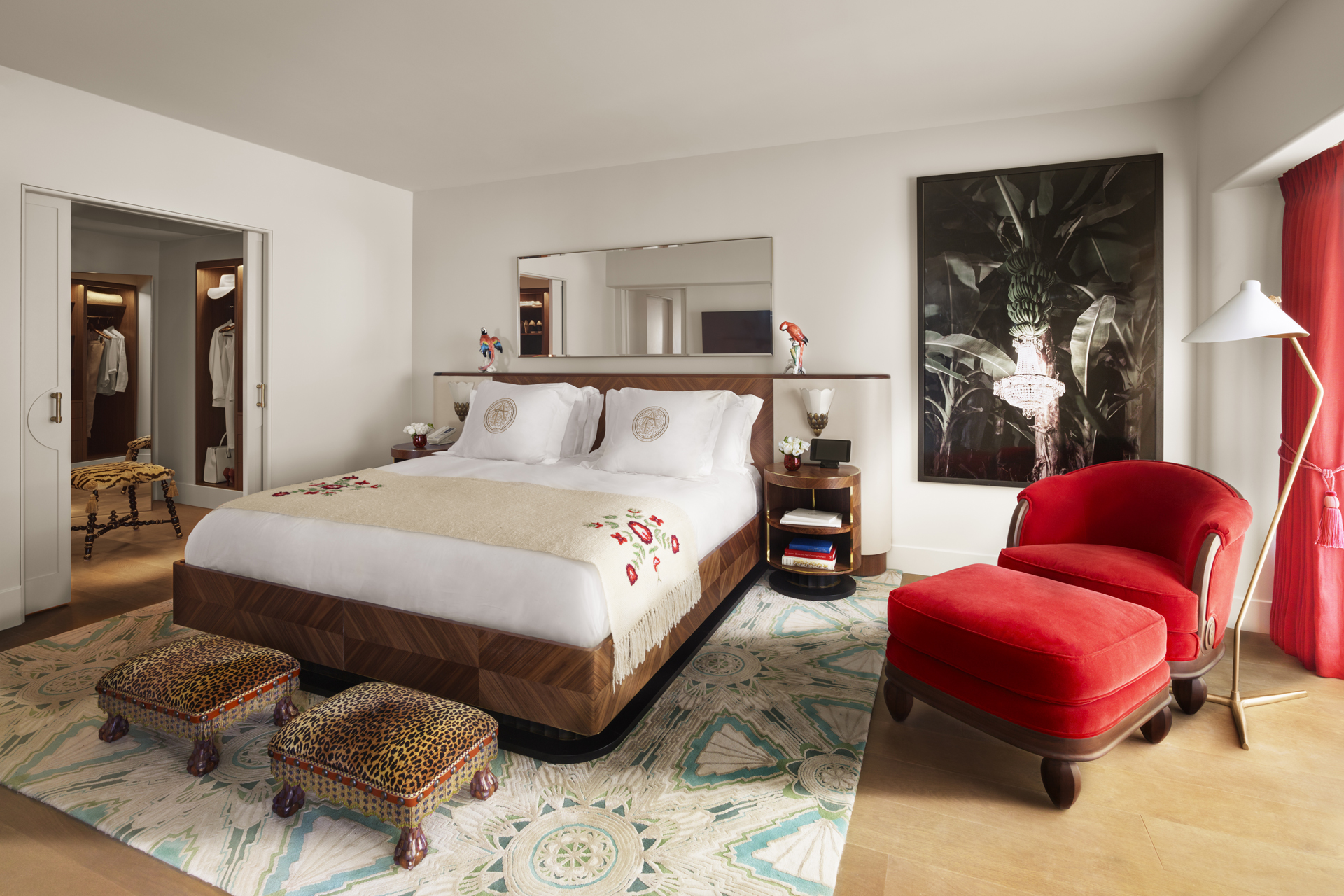 Designed in the 50s, Fontainebleau is one of Miami Beach’s most highly esteemed hotels. The contemporarily designed establishment has six pools, nine restaurants, nine bars, coffee shops and nightclubs—including LIV, one of the most hip, high-energy locations in the city. And don’t forget its spa, the Lapis, which Martha Stewart hailed as “the most beautiful spa in America.”

Located facing Biscayne Bay, this Art Deco hotel is situated in the business district. In addition to two outdoor pools, it offers biking or yoga fitness classes free of charge. Its flawless service and impeccable catering reflect the standard of quality of the Four Seasons Hotels.

This hotel combining refinement and well-being is the ideal location for those in search of peace and quiet. Renowned for its yoga and tai chi courses, the Setai has three infinity pools, each at different temperatures. It’s an oasis of peace in the heart of Miami Beach.

The St. Regis Bal Harbour Resort is an oasis of elegance located near the shore, positioned directly in front of the famous Bal Harbour Shops and just a couple of minutes away from South Beach. Its rooms are incredibly comfortable and well equipped, displaying a modern design. Several suites include a kitchenette and a large balcony with a view of the ocean. The St. Regis Bal Harbour Resort offers several treatment rooms, a hammam, and Finnish saunas. The resort is fitted with more than 1,000 m2 of conference rooms suitable for various different events. 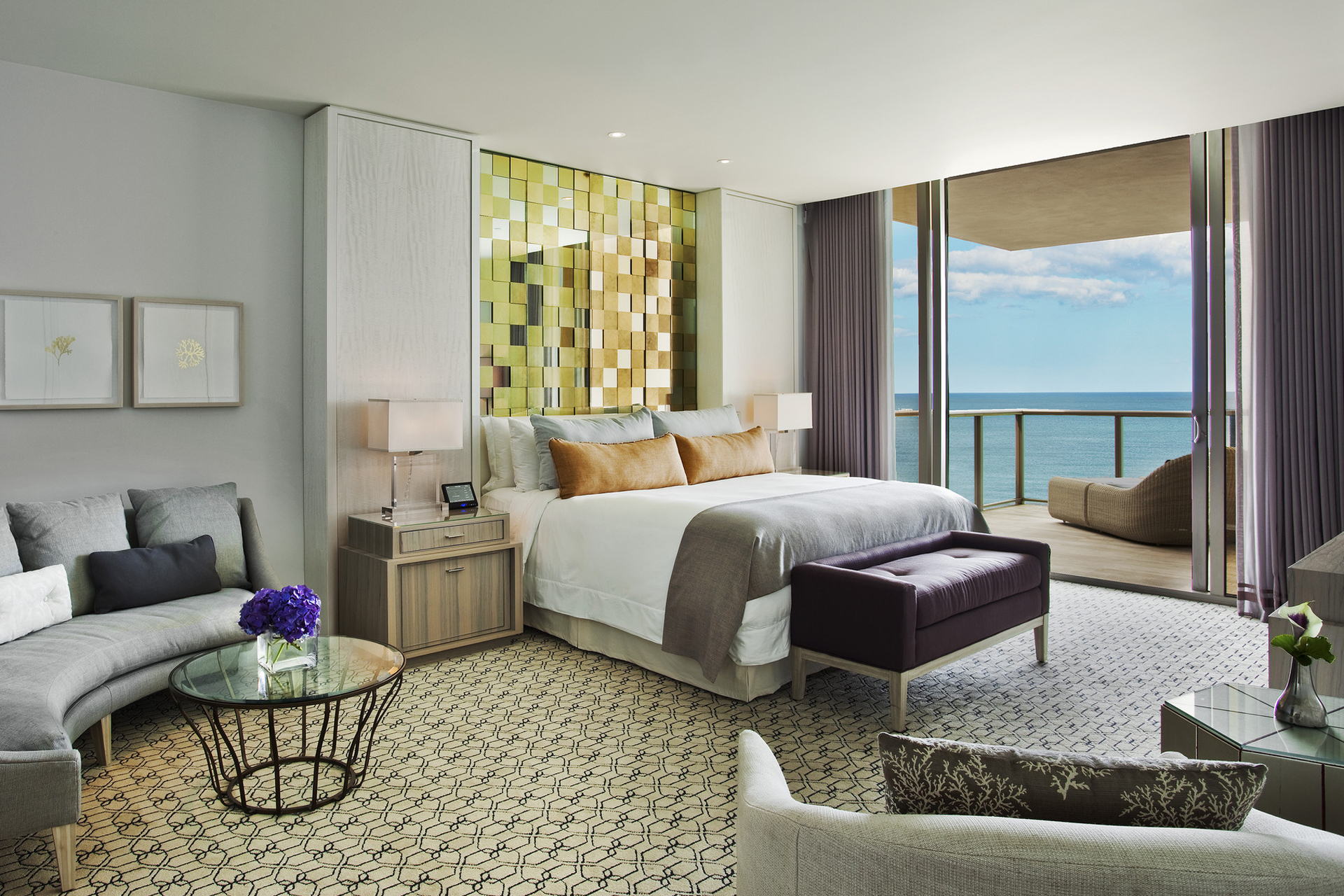 With excellent chefs and local and creative cuisine, diversity and quality are what define the Miami culinary scene. Other than typical American dishes, you can find Latin American restaurants in the Little Havana district, but also Spanish, French, Italian, Asian, Lebanese, and other cuisines. It’s a melting pot that will satisfy the palates of even the most adventurous.

1826 Restaurant & Lounge offers delicious and creative cuisine. The garden and patio at Casa Tua provide an exquisite environment to complement the chef’s Italian creations. The famous Palme d’Or restaurant at the Biltmore offers French cuisine in an intimate setting. The Juvia, an emblematic Miami restaurant, serves French, Asian, and even Peruvian dishes with a panoramic view of the city. And the food at Azul is served alongside an unbeatable view of downtown Miami.

It’s only recently that the Design District managed to gain its reputation in Florida’s capital. Today, the district houses more than 70 art galleries and as many luxury boutiques. Each year, the Design Miami and Art Basel fairs take place there. This pedestrian zone includes famous boutiques such as Bulgari and LVMH. 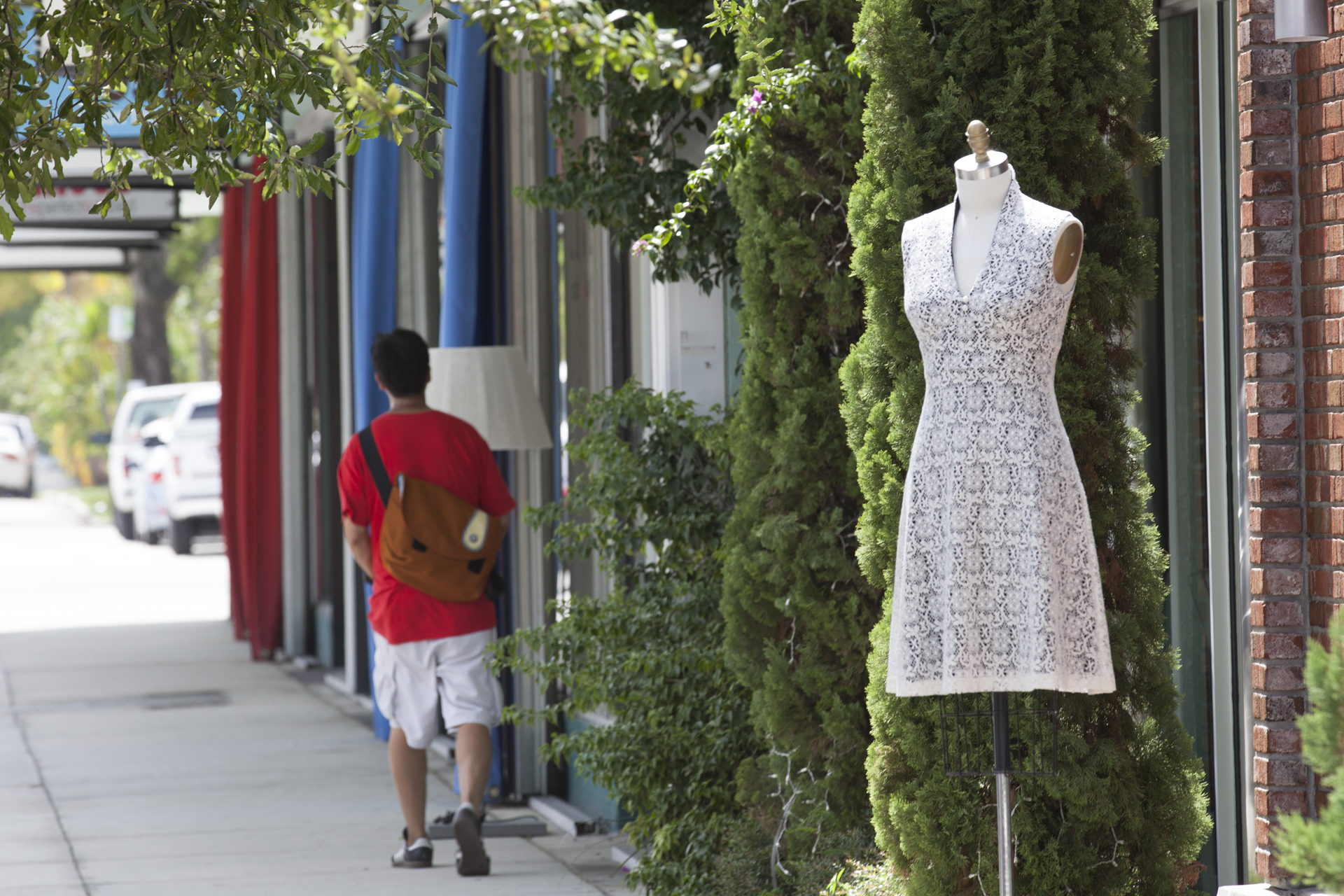 Developed by Argentinian Alan Faena, from whom it derives its name, this district is a new concept tested and approved in Buenos Aires. When he arrived in Miami, the architect wished to restore older hotel complexes and art galleries, which he succeeded in doing. This district of luxury residences invites tourists to discover a cultural enclave with museums, theatres and restaurants through contemporary and extravagant architecture. Notably, the Faena Art Center and Faena Hotel Miami Beach are located here. 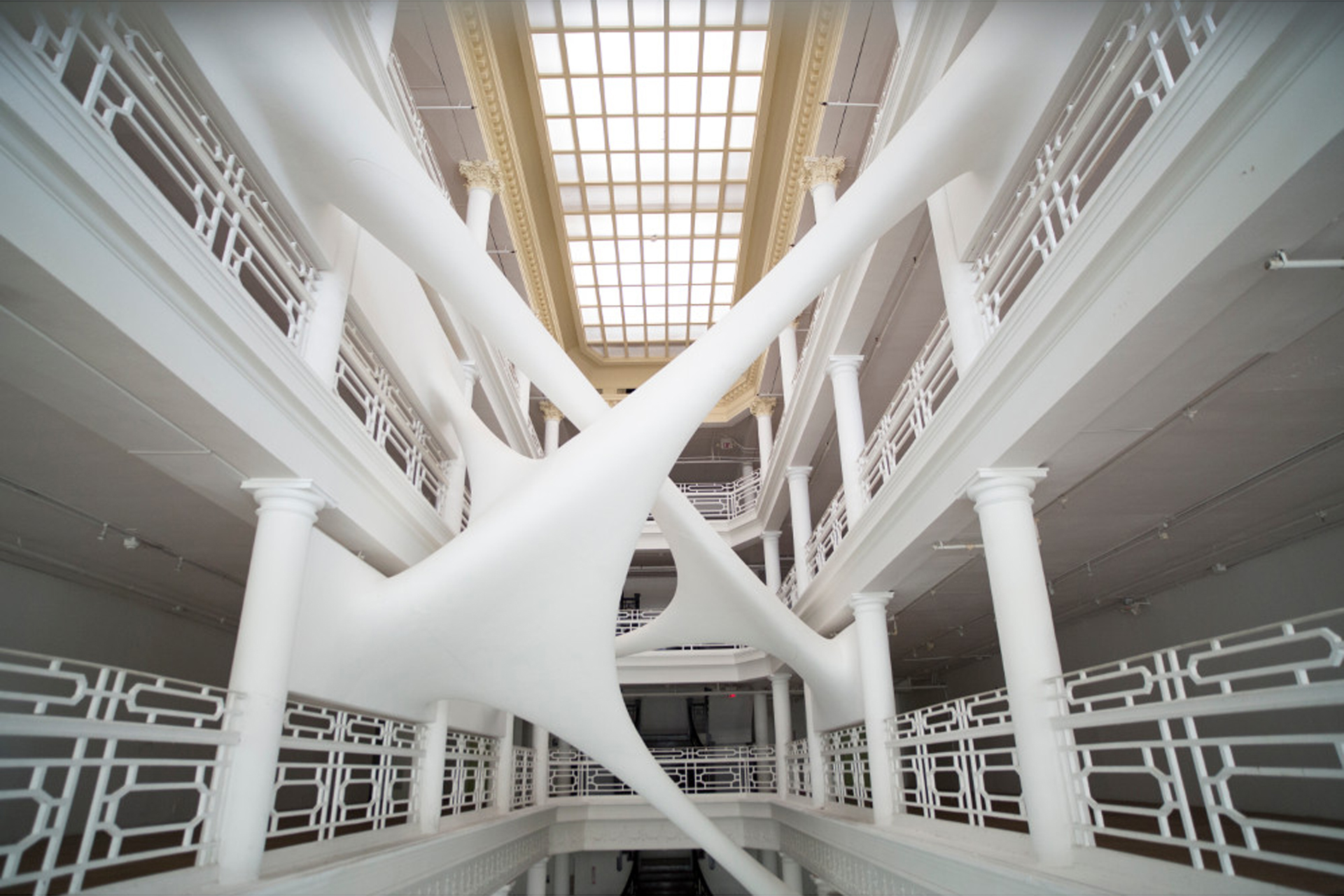 Once very industrial, this district nevertheless finds itself at the center of attention among Miami tourists. In the 2000s, it attracted several investors. Millionaire and real estate heavyweight Tony Goldman had 30 street artists come decorate its walls in 2009. From then on, Wynwood was transformed into a trendy district where bars, restaurants and art galleries flourish. 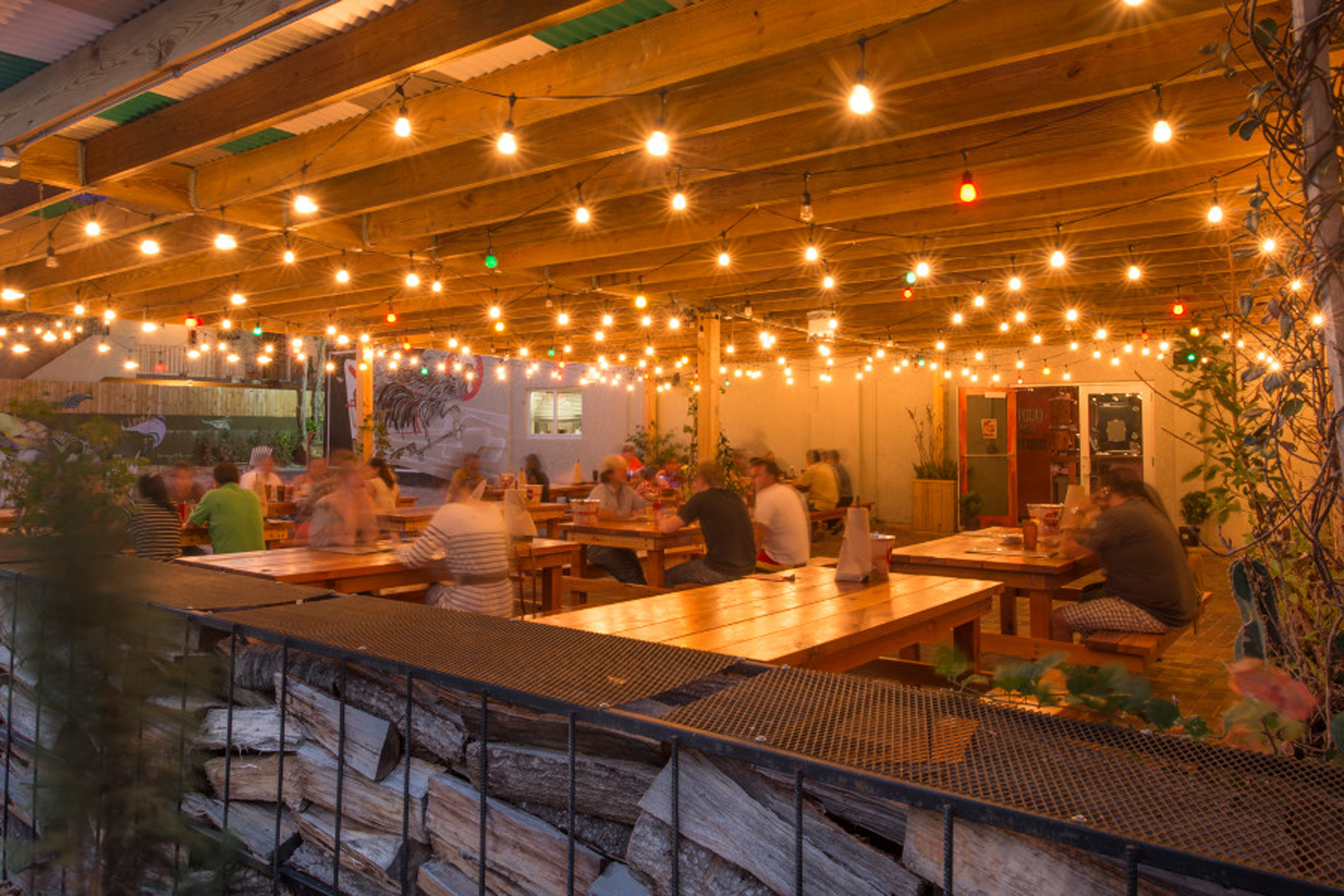 The legendary Bal Harbour Shops make this shopping area a national gold standard in terms of luxury shopping. Moreover, Bal Harbour is stunning with its palm trees, shaded passageways, tropical flowers and fountains. If you prefer to shop outdoors, head to the Shops at Merrick Park in the heart of Coral Gables or the pedestrian zone of Lincoln Road

VISIT THE CITY BY HOT-AIR BALLOON…

Aboard a Miami Balloon Rides hot-air balloon, you can overlook Everglades National Park, Biscayne National Park and the Atlantic Ocean. The adventure comes to a close with a picnic and a glass of Champagne.

Another way to discover Miami is by going aboard a small cruise ship during the day or in the evening. Holiday of Magic and Island Queen Cruises offer several excursions.

For lovers of the sea and of diving, Miami is the ideal destination. The coral reefs of the Florida Straits, the third largest barrier reef in the world, and the wrecks of Biscayne National Park Maritime Heritage Trail, beautiful liners that became shipwrecked, are not to be missed.

Ideal for a swim with the little guys. Older children can try paddleboarding or windsurfing.

An outstanding botanical garden with a virgin forest and a butterfly conservatory.

We would like to thank the Greater Miami Convention & Visitors Bureau, and in particular Christelle Albistur for her valuable collaboration. 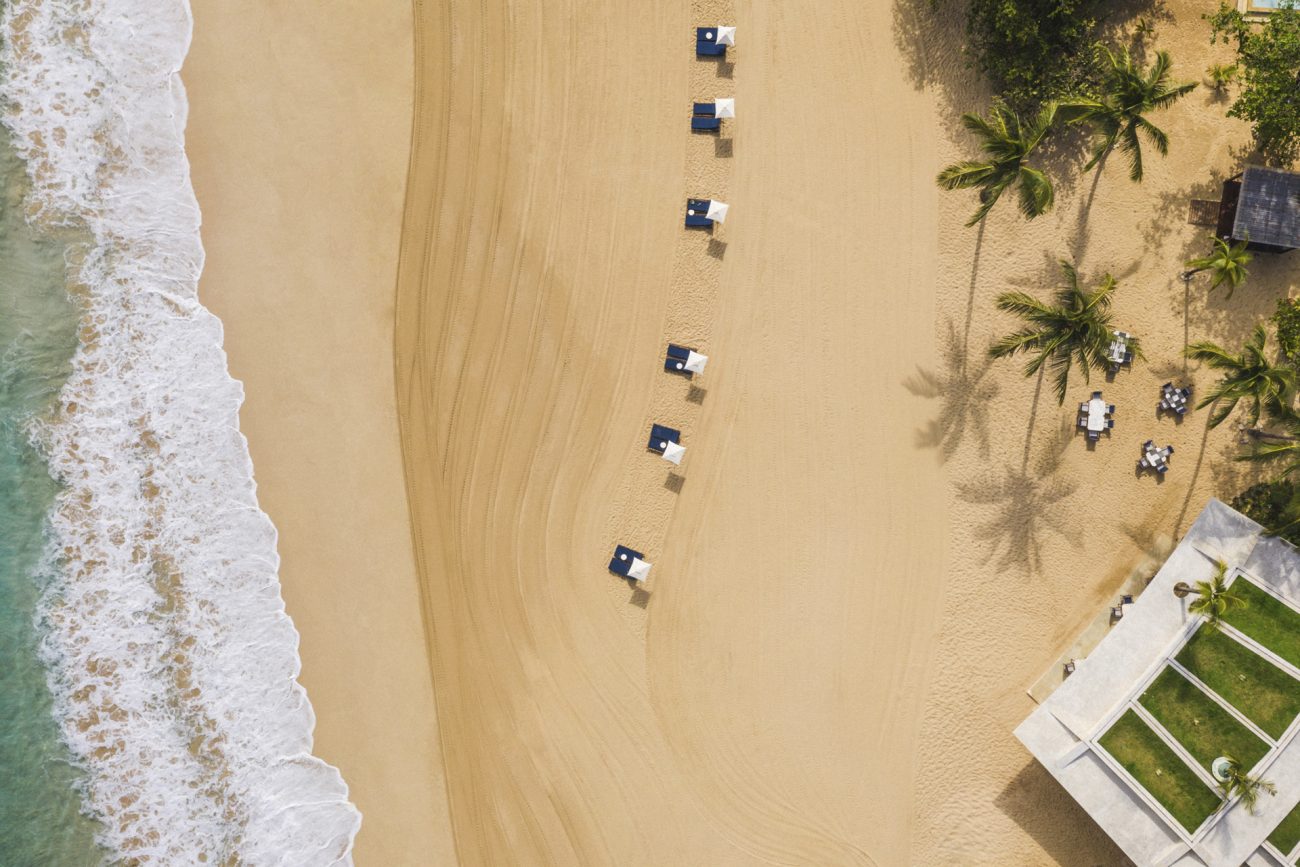 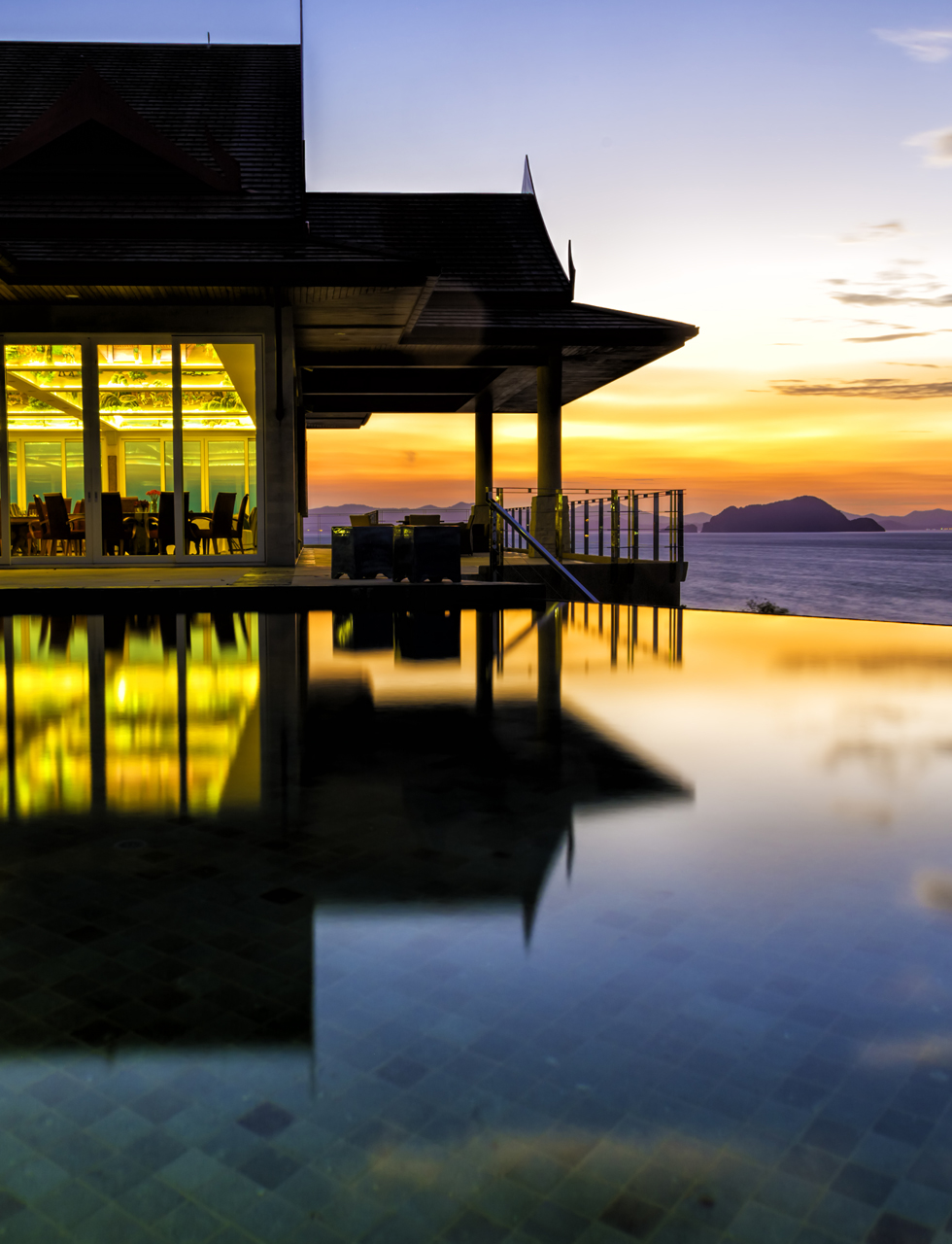 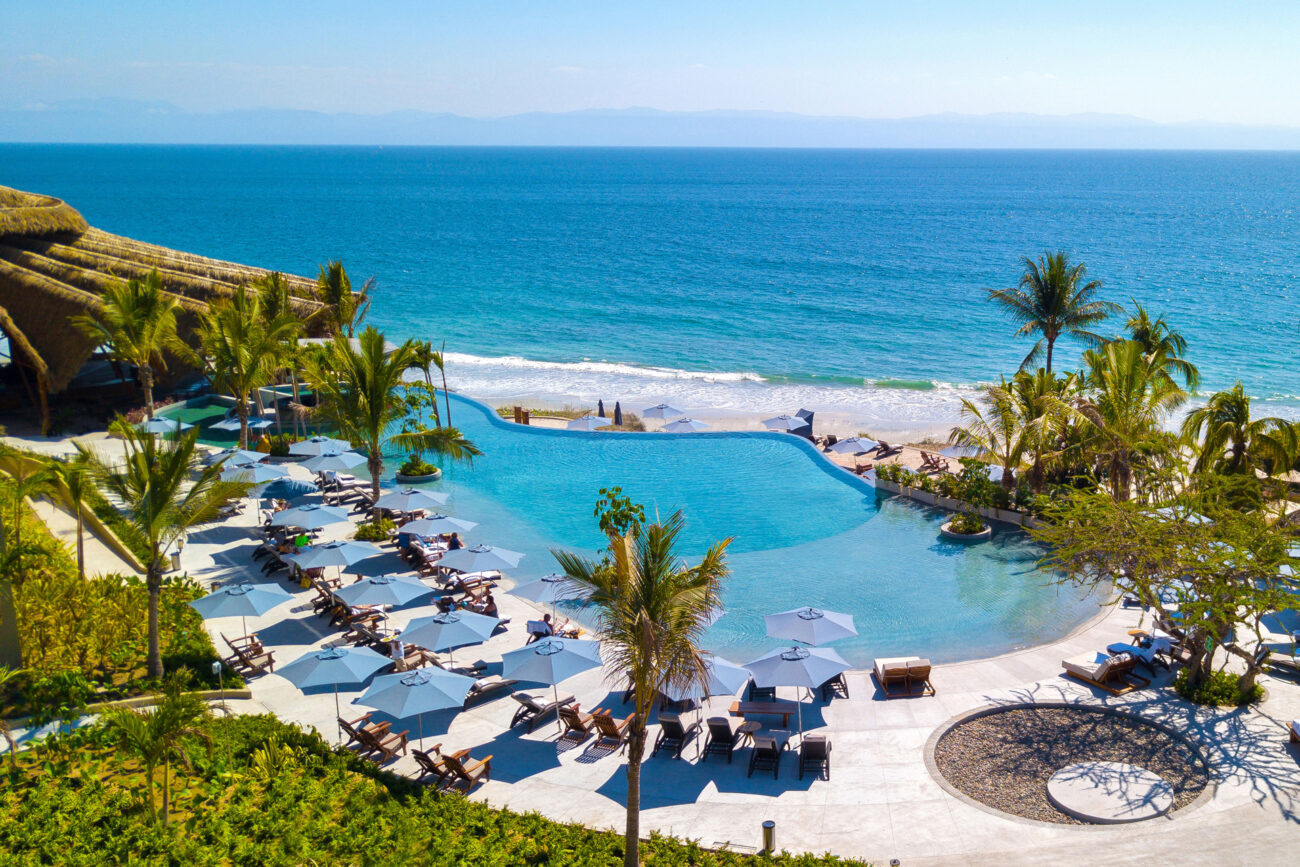