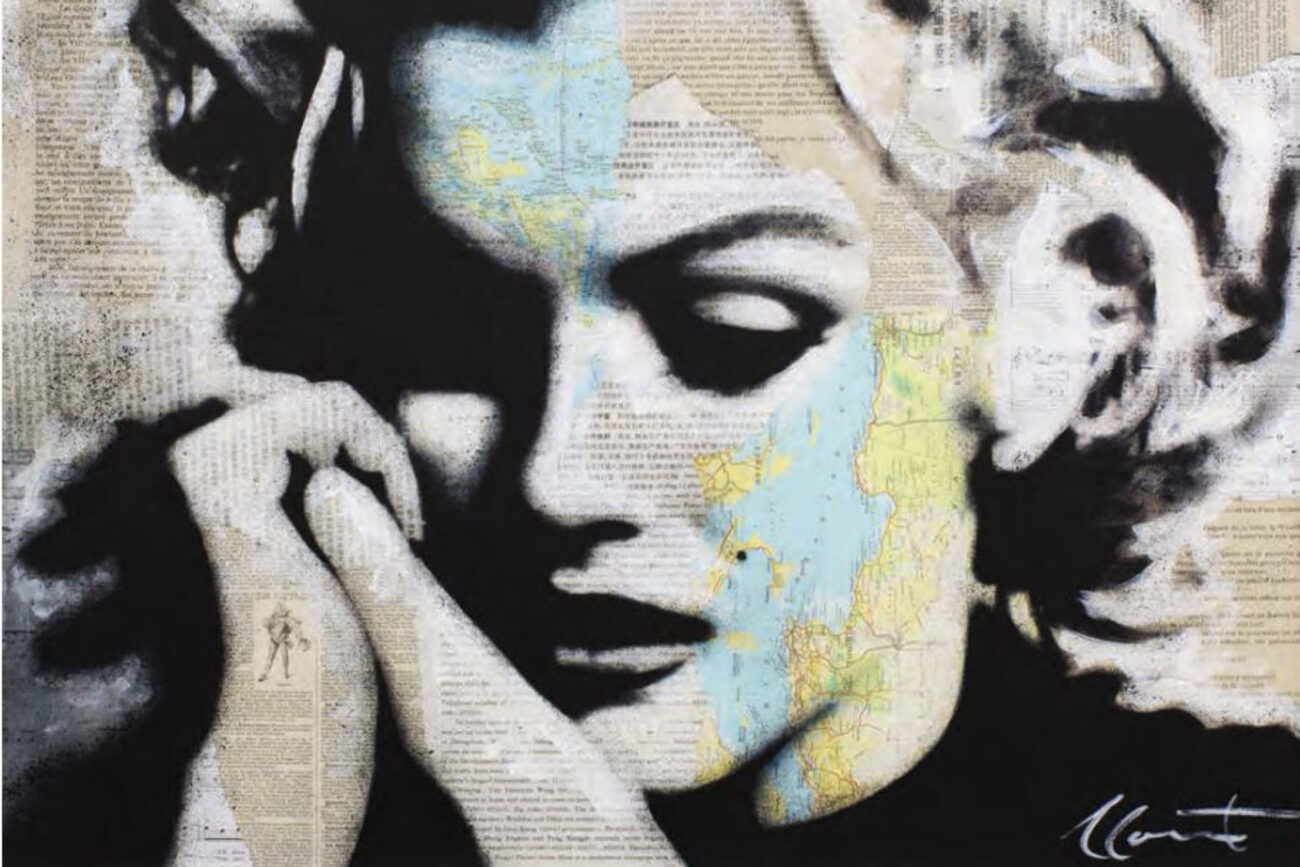 He immortalized the union of Kate Middleton and Prince William in 2011, then Queen Elisabeth II’s Diamond Jubilee the following year. He has exhibits in Paris, London, New York, Seoul, Singapore, Montréal, Dubai and Hong Kong. And yet he’s only been painting full-time for ten years. A visit with André Monet, a Québec artist with a meteoric career.

Everything started when his babysitter drew a mushroom for him when he was three years old. “I was immediately fascinated,” the painter recalled. He hasn’t stopped drawing since. After studying graphic design at Université Laval, André Monet went to work for an advertising agency in Québec City. At the same time he began a career as an illustrator. He developed his own technique that gave glimpses of the style he uses today. “I cut pieces out of magazines to make a kind of impressionist mosaic,” he explained. He was then hired by Groupe San Francisco in Montréal, where he worked for three years as creative director in the world of fashion. Unfortunately, the firm had financial difficulties and André was laid off. What could have been a tragedy, however, turned into a unique opportunity to live out the dream that had never left him: to become a painter.

André used the severance package from his ex-employer to devote himself to painting and prepare an exhibition. The initiative bore fruit and all his canvasses sold. His works appeared in a number of galleries around the province. During a visit to Montréal, American star Halle Berry fell in love with his portrait of Yves Saint-Laurent. That’s all it took to launch the artist’s career. Soon, André was a regular at the prestigious Opera Gallery in New York and was exhibiting around the world. 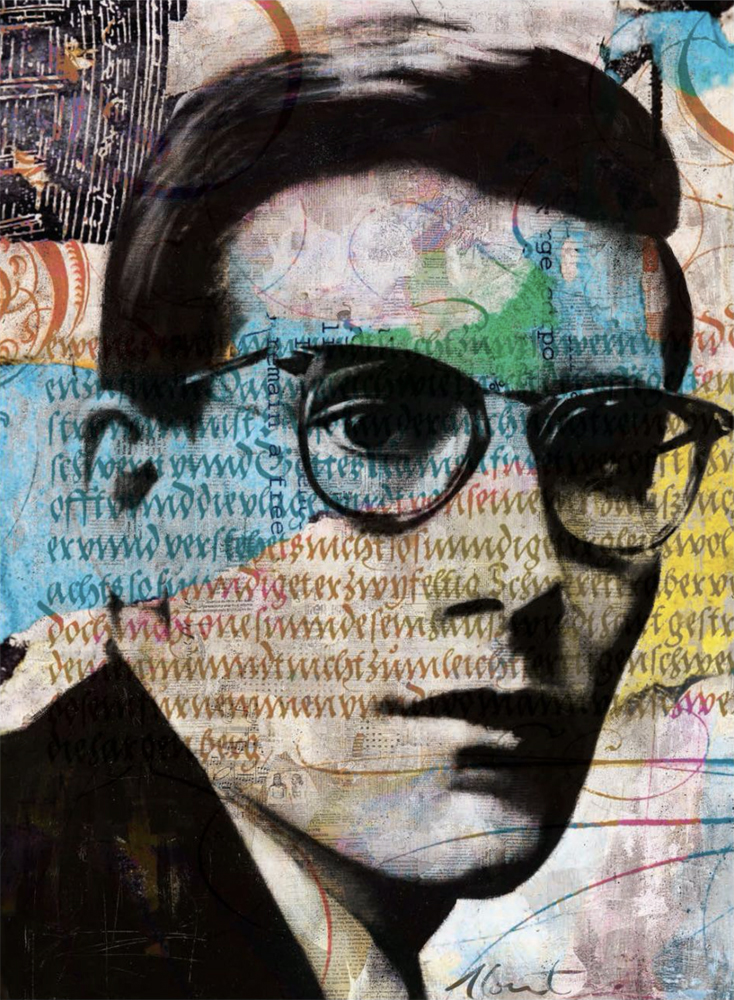 A passion for history

Although he started with abstracts, André soon turned toward portraits. “The face is the centre of our emotions. It reflects our soul, who we are.” Yves Saint-Laurent, Kate Moss, Brigitte Bardot, David Bowie and even Winston Churchill appeared under his brush. Adopting a technique that mixes collage, acrylic paint and a toothbrush for the finishing strokes, the artist creates portraits that are so realistic that the subjects seem to have been photographed. Pages of old books or maps are torn and then glued on to form a richly textured background that, when you look closely, can be read to various degrees. Whoever his subject is – artist, politician, celebrity – André spends long hours learning about them. He gets inside his characters, then offers his personal version in order to rewrite history in his own way. The final result is always breathtaking, alive with elegance and emotion.

From Montréal to London

André adores history. Winston Churchill, of whom he made an immense portrait, is undoubtedly one of the characters who fascinates him the most. In 2010, while he was living in London, the director of the Opera Gallery, who is close to the princely family, asked him to make a portrait of Prince William and Kate Middleton as a wedding gift. This was an unhoped-for challenge for someone who loves the major figures of our century. Media coverage was exceptional. In Europe, Canada, India, Dubai: everyone was talking about the painting by this Québécois living in London. In a few weeks André had sold all of his works on exhibit in Montréal, at skyrocketing prices. But it didn’t end there. A year later, the Opera Gallery came back and commissioned a portrait of the Queen for her Diamond Jubilee. “The portrait was put on sale in the gallery. Soon after, Prince Harry came in. He wanted to buy the portrait of his grandmother, but it had already been sold,” said the artist with a laugh.