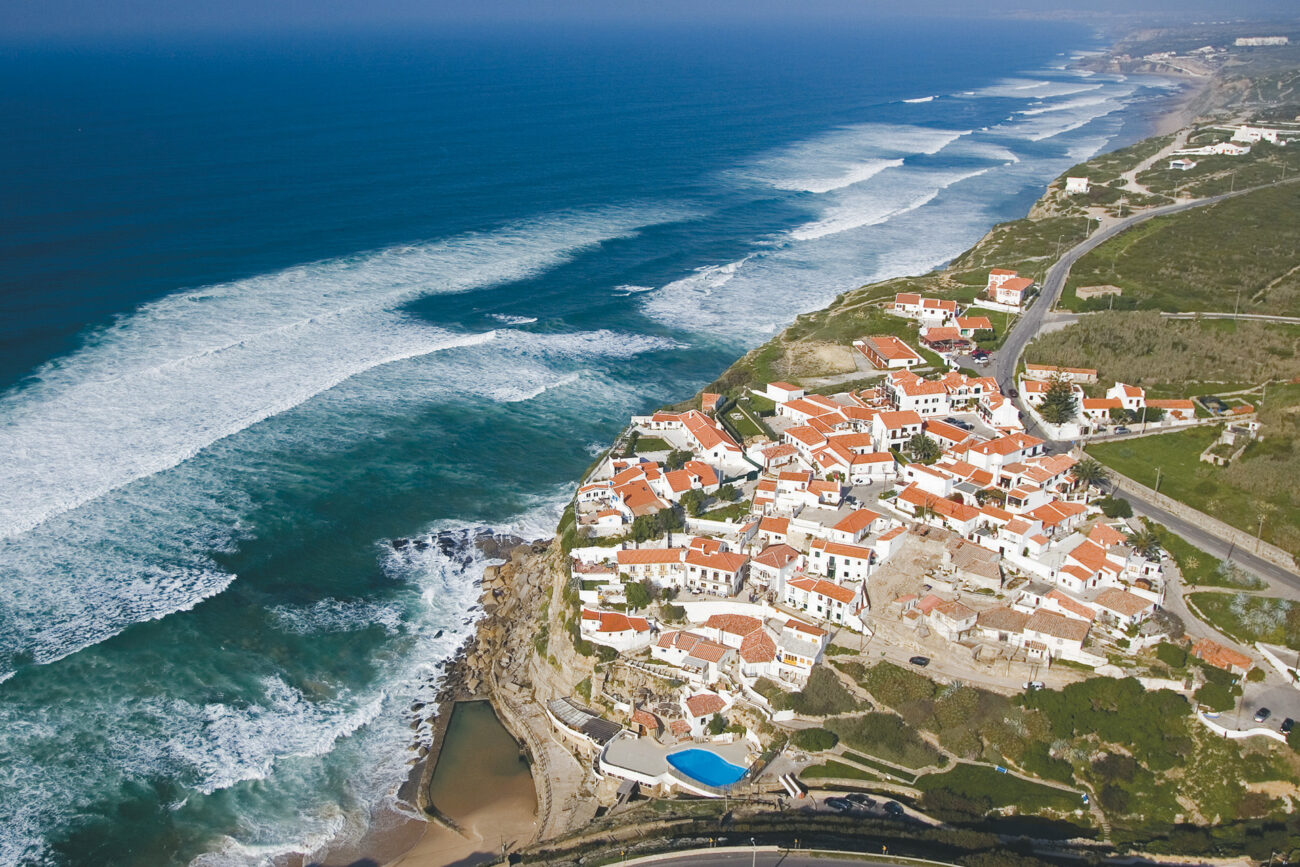 Birthplace of fado music and port wine, Portugal has become a real tourist craze in recent years, and Quebec travelers are no exception. Reasons abound in a country of myriad attractions ranging from quaint authentic villages to mesmerizing cities and endless coastal beaches and, last but not least, the quasi-legendary local hospitality.

The LUXE team wanted to introduce you to this special country through the words of someone who knows it from whiten and could describe it to us the way one talks about an old friend. The name of Carlos Ferreira immediately came to mind. For the past twenty years, the owner of Ferreira group of restaurants has been a true ambassador for Portugal by sharing his passion for the country’s gastronomy and culture with Quebecers. With typical generosity, he agreed to share the best adresses and his dining, hospitality, and activity favorites with our readers. From Lisbon to the Douro region though Coimbra, his travel diary will help you plan an unforgettable stay. 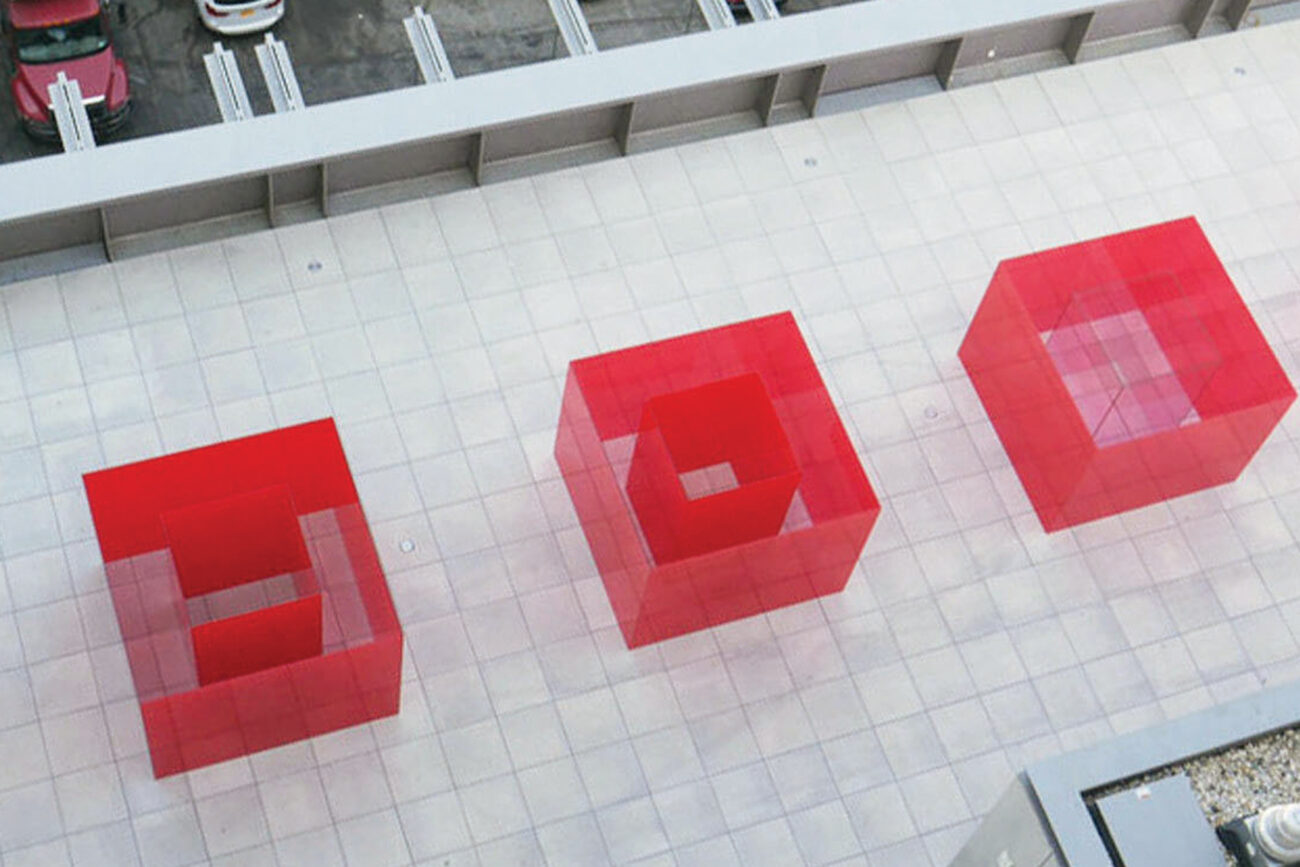 This spring has been very exciting on the NYC art scene! Women history month has offered, fantastic viewings and will continue to do so until the end of May. The Biennial has been one of the most highly regarded of the kind and the museum and gallery program very stimulating. After the great hearing of the great success Art Basel Hong Kongwas, we are all waiting for Frieze at the beginning of May. In between, there is so much to see…

The first to be hosted in the Renzo Piano building, the 2017 Whitney Biennial is the talk of the town. It is smart and eye catching. The works engage you politically and aesthetically. Diversity, censorship and the power of representation are central themes to the show. The artists represented come from a broad range of backgrounds, in terms of gender, maturity, ethnicity and origins. The difficult balancing act achieved here is nevertheless not without controversy! Strong protest over Dana Schutz’s “Open Casket” — a portrait of Emmett Till at his funeral — is shaking and dividing the art world. One scandal should not take away the rigor of the show. Go and see it for yourself. Besides, you’ll be able to join the debate: should art that disturbs and angers be censored?

Award-winning photographer Bill Jacobson is showing his new work at Julie Saul’s. The pictures present people turned away from us, looking at a diffused landscape. The series unusual proposition is a meditation on our relationship to others, to the gaze and nature. The large-scale color prints have beautiful matte surfaces and a calm, sensual presence. There is a wealth of tonal variations in the softness of the palette. Light radiates around the characters. Jacobson comes close to a pictorial romanticism where hubris has no place and is replaced by a precise exposure of humanity. 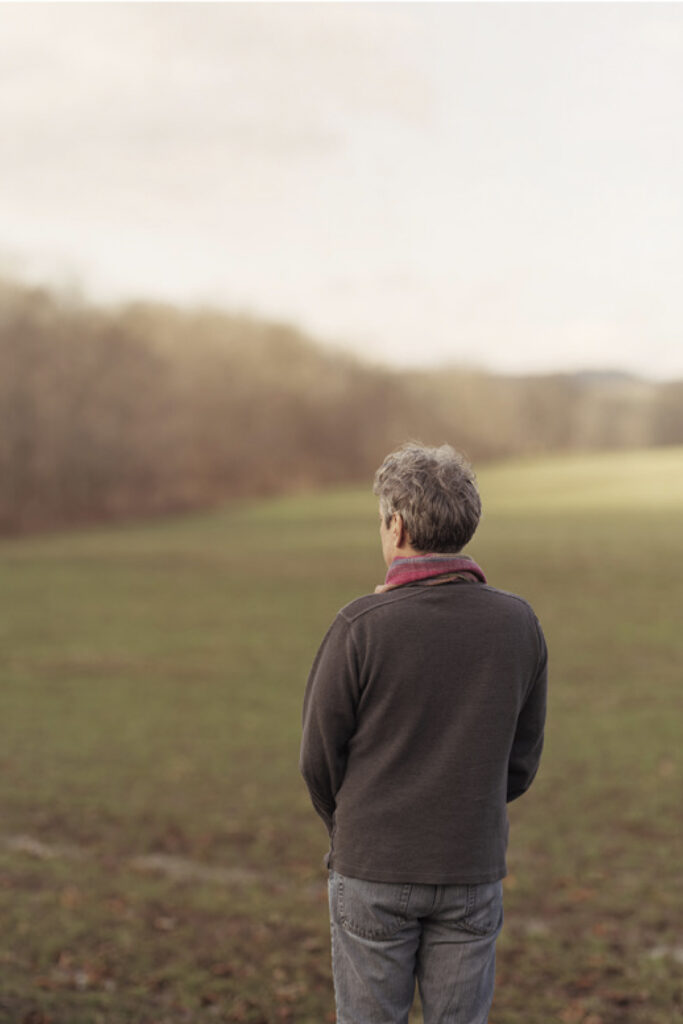 About 40 years ago, Pat Lipsky decided to put some of her early contributions away, unseen and undocumented. Works from the same period, 1960’s and early 70’s, had put her on the map as a great colorist. She was one of the few women of the second wave of Abstract expressionism to get as much recognition. The works attracted major museums attention and jumpstarted her career. It is easy to see why. This spring, 11 of her yet unseen early lyrical abstractions are making their debut on the New York art scene. The unprimed canvases covered with radiant colors bring light to the gallery’s blue walls. After all these years, the multi- colored waves are as fresh as on the first day. The painter’s energetic, physical gestures create spontaneous and lively marks. Paint moves across the canvas with velocity, splashing around joyfully. 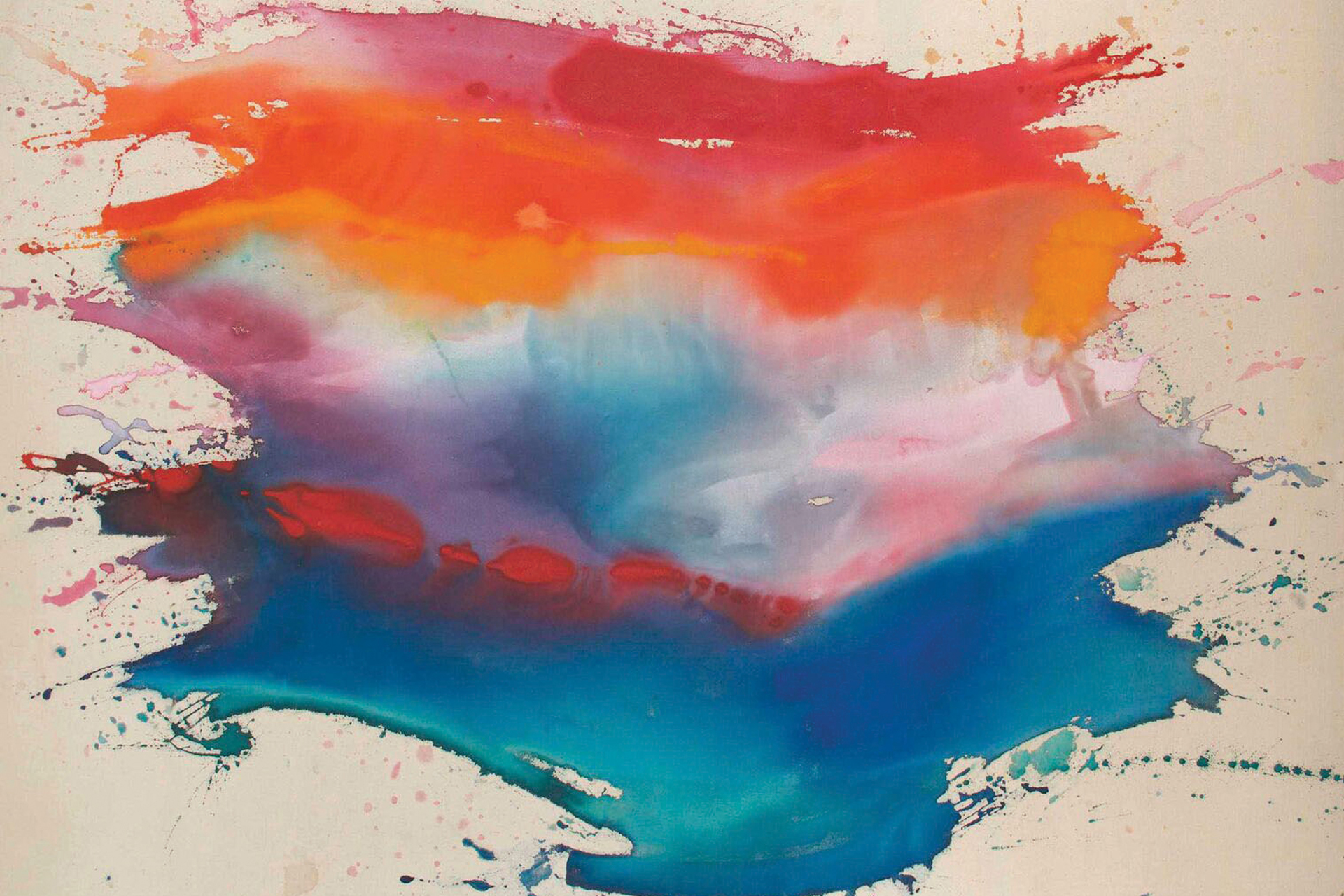 Sue Gussow is eighty-one and knows a few things about drawing. There is much to learn from her contemporary interior figurations. The show gathers 20 of her pastel and charcoal drawings from the last few years and a couple of paintings. The drawn line is firm, the color applied with economy and intelligence. The pastels light up the surface. Akin to Degas’ space, the rooms are minimally sketched and manifested by the presence of the object. Gussow draws in ways that remind us of the great 19th century European tradition: her eye is sophisticated, her hand unhesitant. The melancholic beauty of her empty dress and faded flowers, are tokens of the passing of time, memories of performances and beauties once there. But in no way do they point to the fading of her artistry; just to the opposite. 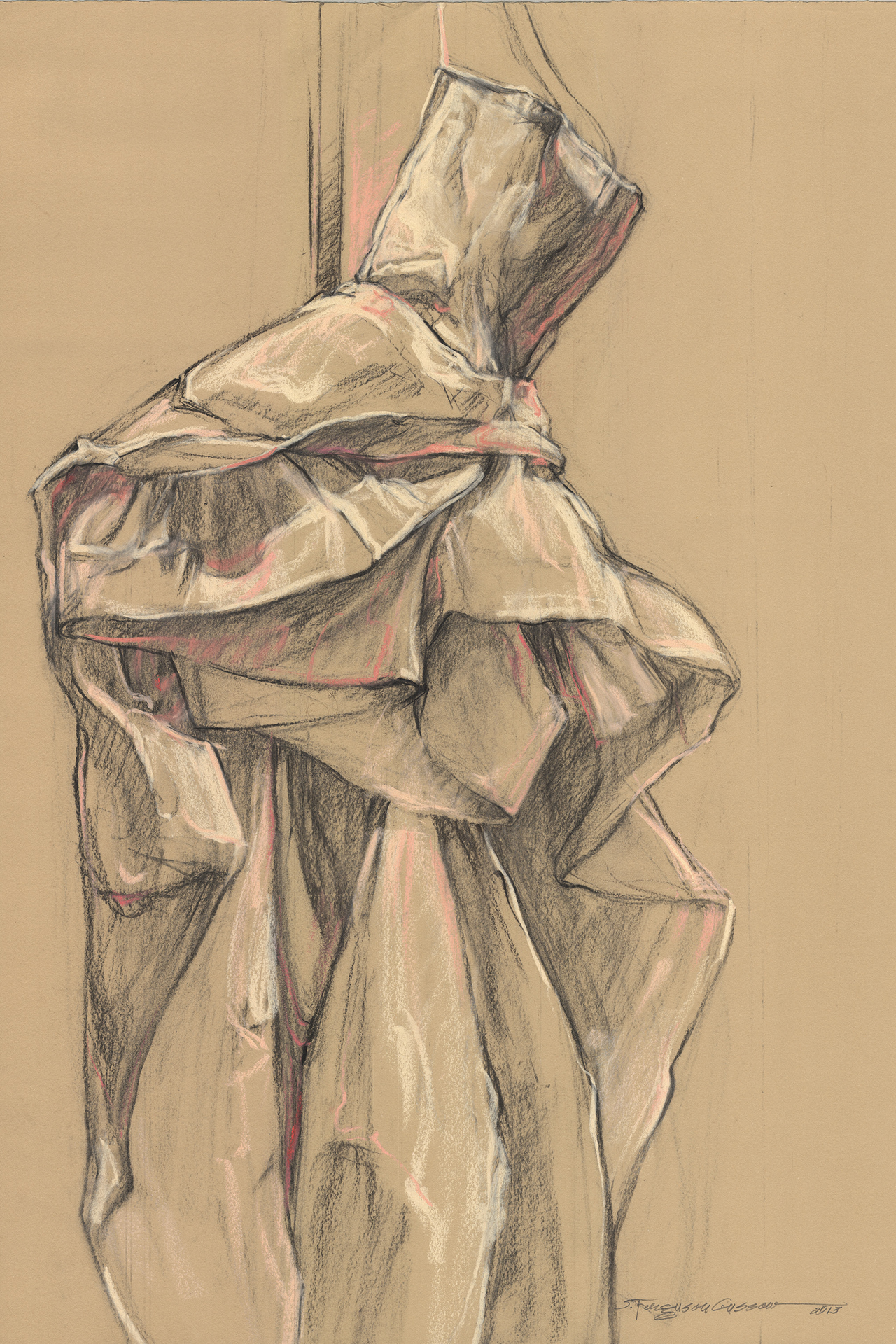 This highly anticipated Kazuko Miyamoto solo show presents the wide range of her enduring artistic practice. The exhibition samples a few of her striking thread pieces and her expressive wood and paper constructions. Numerous paintings and objects document the many ways she left traces on surfaces and in space, including her performance work. Miyamoto’s contribution is essential to understanding the dynamic role women played in post-war American art and the diversity of their cultural references. Miyamoto’s sophisticated and instinctive work is remarkably articulated in its relationship to space and light. Her work is experiential and transformative. It brings to post-minimalist aesthetic a humanity and warmth seldom seen. 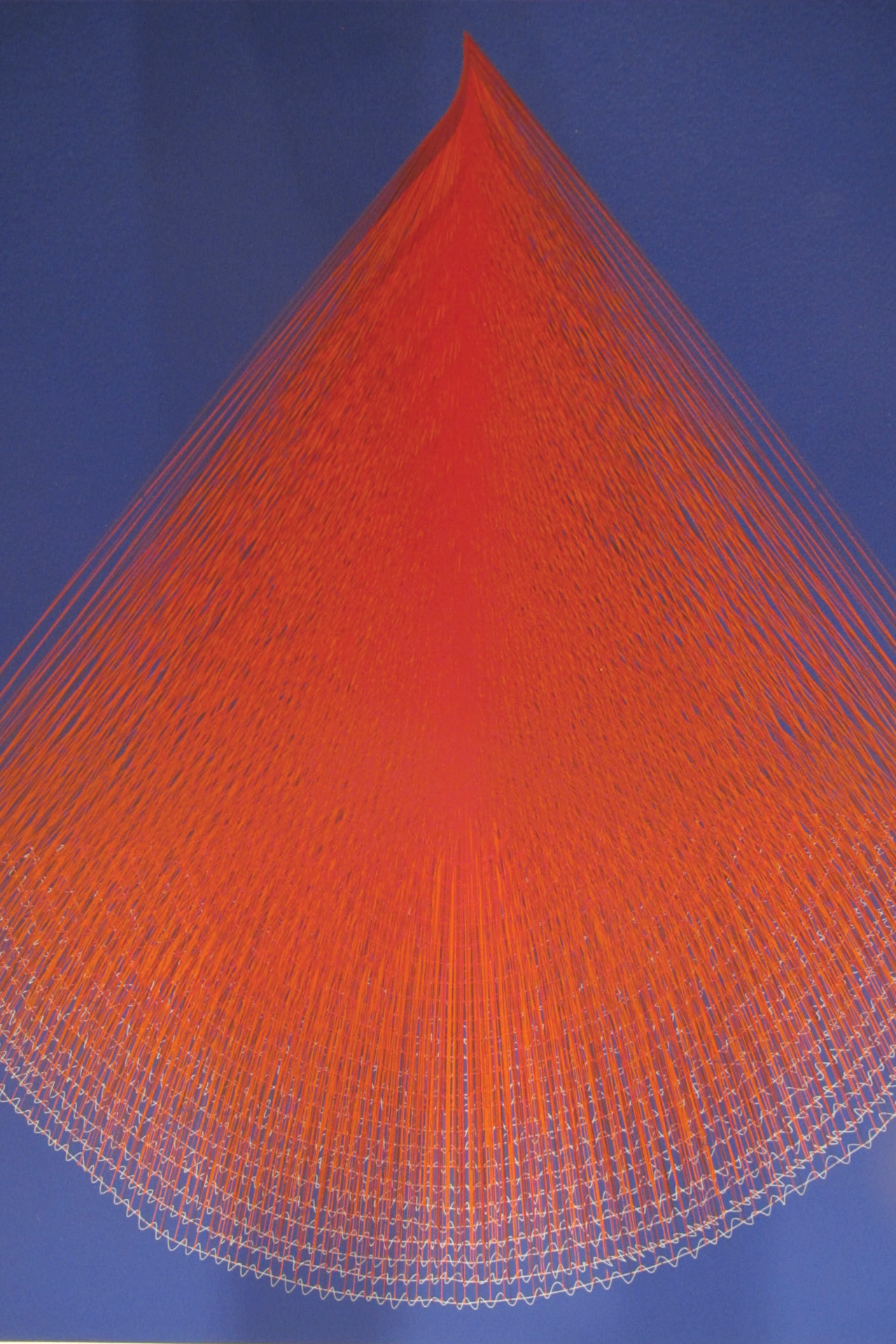